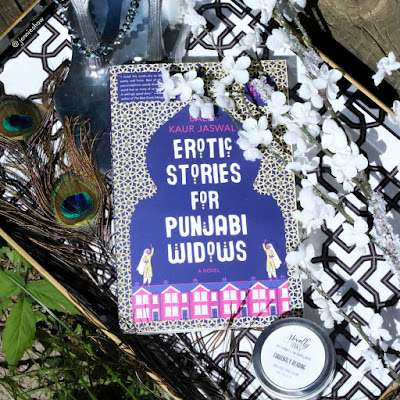 A lively, sexy, and thought-provoking East-meets-West story about community, friendship, and women’s lives at all ages—a spicy and alluring mix of Together Tea and Calendar Girls.


Nikki lives in cosmopolitan West London, where she tends bar at the local pub. The daughter of Indian immigrants, she’s spent most of her twenty-odd years distancing herself from the traditional Sikh community of her childhood, preferring a more independent (that is, Western) life. When her father’s death leaves the family financially strapped, Nikki, a law school dropout, impulsively takes a job teaching a "creative writing" course at the community center in the beating heart of London’s close-knit Punjabi community.


Because of a miscommunication, the proper Sikh widows who show up are expecting to learn basic English literacy, not the art of short-story writing. When one of the widows finds a book of sexy stories in English and shares it with the class, Nikki realizes that beneath their white dupattas, her students have a wealth of fantasies and memories. Eager to liberate these modest women, she teaches them how to express their untold stories, unleashing creativity of the most unexpected—and exciting—kind.


As more women are drawn to the class, Nikki warns her students to keep their work secret from the Brotherhood, a group of highly conservative young men who have appointed themselves the community’s "moral police." But when the widows’ gossip offers shocking insights into the death of a young wife—a modern woman like Nikki—and some of the class erotica is shared among friends, it sparks a scandal that threatens them all.

On the first page, Balli Kaur Jaswal's thoughtful prose made it clear that she is a storyteller--a writer who wants to weave a tale. I imagine she agonized over every word, every turn of phrase, every image, because they were damn near perfect. Her dedication (and heaps of talent, obvi) made for a strong start and I effortlessly fell into the rhythm.

Eeee! I frickin' love when that happens! 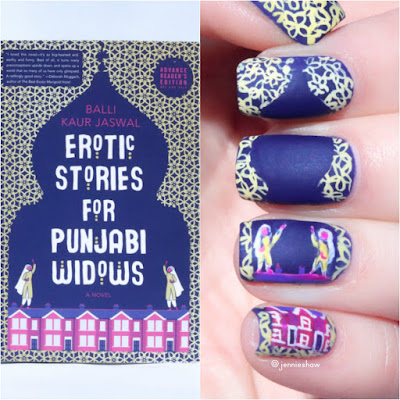 I also love when characters behave unexpectedly, and the widows in Nikki's writing class certainly qualified. I mean, they're the community's elders, and chose to spend their English classes sharing stories about cucumbers, garden hoses, pulsing knots, throaty moans, and clay sticks. The contradiction between my previously-conceived notions of how a Punjabi widow would behave and what the characters actually said was remarkable and entertaining. Also hot. Very hot, in some instances. I swear, I'll never look at a gaggle of older women the same way again. Especially if they're Punjabi. 😉 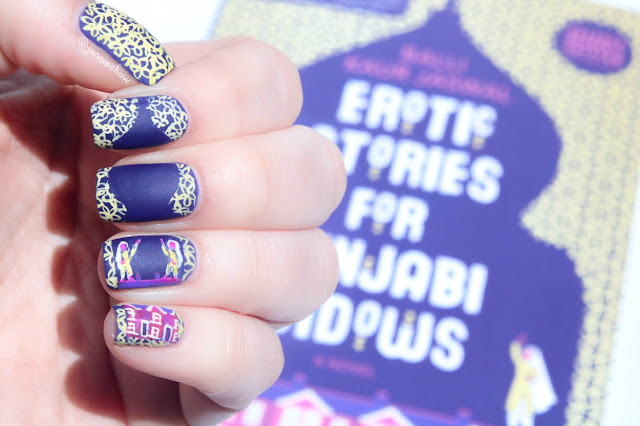 China Glaze - I Got A Blue Attitude, Under The Boardwalk, Trip of a Lime Time