I nearly lost my mind when I first heard of Mary Kubica's fourth novel, EVERY LAST LIE, for two reasons. One, because I've read her previous three thrillers and each one was better than the last, but two (and most importantly) because it had a cover I could paint (each preceding one had faces and I'm awful not so great at those). I begged for an ARC and my prayers were answered by the lovely folks at Harper Collins Canada, who tracked one down for me to devour. Which I did. Swiftly. And now I'm psyched to tell you all about it (without spoilers, obviously). 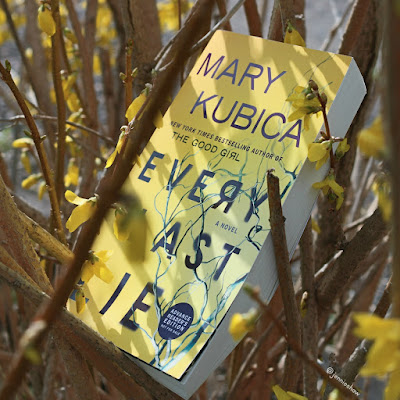 
New York Times bestselling author of THE GOOD GIRL, Mary Kubica is back with another exhilarating thriller as a widow's pursuit of the truth leads her to the darkest corners of the psyche.
"The bad man, Daddy. The bad man is after us."
Clara Solberg's world shatters when her husband and their four-year-old daughter are in a car crash, killing Nick while Maisie is remarkably unharmed. The crash is ruled an accident…until the coming days, when Maisie starts having night terrors that make Clara question what really happened on that fateful afternoon.
Tormented by grief and her obsession that Nick's death was far more than just an accident, Clara is plunged into a desperate hunt for the truth. Who would have wanted Nick dead? And, more important, why? Clara will stop at nothing to find out—and the truth is only the beginning of this twisted tale of secrets and deceit.
Told in the alternating perspectives of Clara's investigation and Nick's last months leading up to the crash, master of suspense Mary Kubica weaves her most chilling thriller to date—one that explores the dark recesses of a mind plagued by grief and shows that some secrets might be better left buried.
___
Before I get into the nitty gritty of what I felt worked well in EVERY LAST LIE, I want to start with a blanket statement: Kubica's writing is bananas. I mean, it's always been great but there was some extra za za zu here. Her prose certainly has a literary edge and I had to look up a few words (always a humbling experience, haha), but there's a beat. A rhythm. A pulse. And that set the pace, grounding me in the story so I could submit to the experience of reading about Clara and Nick from page one, onward. 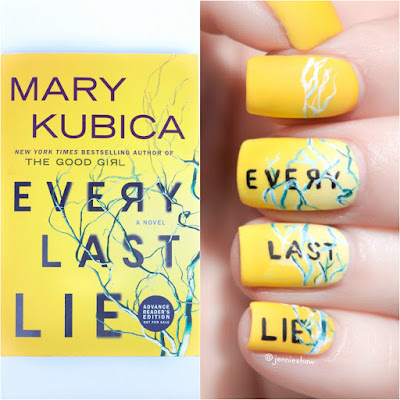 The superb quality of writing made Clara's search for clues authentic, because Clara herself, felt authentic. She wasn't a detective or police officer, and had no previous experience with haphazard investigations, which meant that her discoveries didn't chart a steady course. So many clues were dismissed as quickly as they came, while others hit dead ends only to return later, more suspicious than ever. It was awesome. I felt like I was along with Clara for the ride, like I was actually the one sleuthing my way through the evidence. Well, except for the postpartum haze. And also the stress of having a parent with dementia. In addition to consoling a terrified toddler who keeps repeating spine-tingling phrases. Gah! So much craziness!

That set up, giving Clara conflict in every portion of her life even before Nick died, served as an excellent launching point for the plot. And combined with her grief and lack of sleeping, Clara went kinda cray-cray. But a sympathetic sort of cray, where Clara maintained awareness that she was losing touch with reality. The chaos of her situation--the stress, pressure, and panic--turned Clara's mind into a spinning a compass incapable of discerning the truth, and I couldn't get enough. (Does that make me sound mean? Haha!) 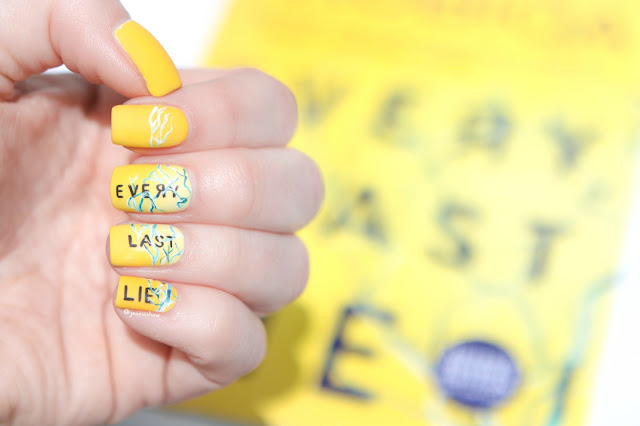 I did have a couple of moments where I was taken out of the story, and unfortunately, they were all in Nick's chapters. For me, Clara's strong voice and frantic energy overshadowed Nick's stiff POV, and it cut the tension. Maybe it was because his story had already happened, but his viewpoint felt like a lot of telling and not enough showing, which made it a challenge to connect.

That said, I still really liked EVERY LAST LIE. In fact, I'd argue that Kubica rules the genre of realistic domestic suspense. There's very little violence and instead, the character-based plot explored Clara's mind--the lenses through which she viewed the world. So if you're into suspecting your neighbours of burying a body, or wondering if the crossing guard who helps your kiddos has a penchant for identity theft, EVERY LAST LIE is the book for you! And you won't have to wait long because it comes out next Tuesday, June 27th! Woot!

Big thanks to Harper Collins Canada and Harlequin for a review copy!

OPI - Towel Me About it, In My Back Pocket, and My Twin Mimmy

Mitty brushes - Daisy 1.0 and Clean Flat Pro, along with a triangular makeup sponge