About a month ago, my CP Gina Heron told me to read ELEANOR OLIPHANT IS COMPLETELY FINE. Like most book enthusiasts, my TBR pile needs the wall for support (not that it stops me from picking up new ones, of course), but I agreed to add it to the pile. A week later, Gina asked if I'd started yet, because she knew that I'd go crazy for the voice. In the end, it took me almost a month to dig in and OMG THANK YOU GINA BECAUSE ELEANOR IS EVERYTHING.

*hugs book while jumping up and down* 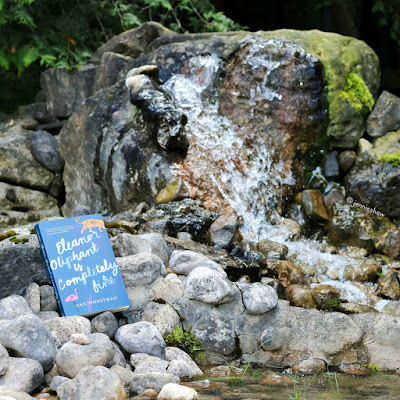 Smart, warm, uplifting, the story of an out-of-the-ordinary heroine whose deadpan weirdness and unconscious wit make for an irresistible journey as she realizes the only way to survive is to open her heart.

Meet Eleanor Oliphant: she struggles with appropriate social skills and tends to say exactly what she’s thinking. That, combined with her unusual appearance (scarred cheek, tendency to wear the same clothes year in, year out), means that Eleanor has become a creature of habit (to say the least) and a bit of a loner. Nothing is missing in her carefully timetabled life of avoiding social interactions, where weekends are punctuated by frozen pizza, vodka, and phone chats with Mummy.

But everything changes when Eleanor meets Raymond, the bumbling and deeply unhygienic IT guy from her office. When she and Raymond together save Sammy, an elderly gentleman who has fallen on the sidewalk, the three become the kind of friends who rescue each other from the lives of isolation they have each been living. And it is Raymond’s big heart that will ultimately help Eleanor find the way to repair her own profoundly damaged one.

Eleanor Oliphant is Completely Fine is the story of a quirky yet lonely woman whose social misunderstandings and deeply ingrained routines could be changed forever—if she can bear to confront the secrets she has avoided all her life. But if she does, she’ll learn that she, too, is capable of finding friendship—and even love—after all.
___

Okay, people. I need you to listen to me: read ELEANOR OLIPHANT IS COMPLETELY FINE. Like, don't even bother reading this review, just head to the bookstore this instant and buy a copy. Kidding! You should totally read my review. Haha! But afterwards, you need to pick it up. Not an ebook, though. You'll want this baby to adorn your bookshelf because (a) the cover is covered in quirky animal drawings and (b) Eleanor Oliphant is a character you'll want to visit again and again. 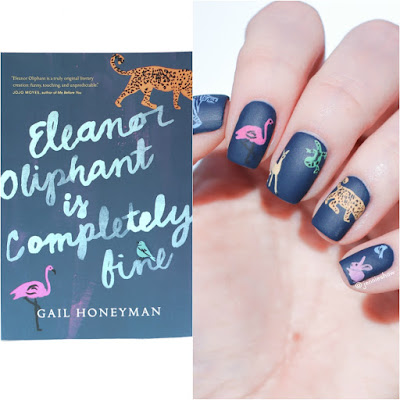 
So why is Eleanor the greatest? For starters, she's her own person. An anti-social, blunt woman with snobbish tendencies, an extremely limited wardrobe, and no filter whatsoever. What Eleanor thinks, she says. And that's mostly a bad thing. She goes about her life adhering to a strict schedule, designed to keep her isolated because she's learned that most people don't like her.

At first, I thought Eleanor was okay with a solitary life. She appeared pragmatic and accepting of her circumstances, but the first-person narration put me inside Eleanor's head and it wasn't long before my heart began to hurt. Eleanor felt unworthy of affection, thanks to her mother (DO NOT GET ME STARTED ON HER MOTHER) and it gave me feels, folks. Lots and lots of feels. Because when Eleanor decided to risk another attempt at connecting to others, her efforts often ended in failure and as a reader, I could understand why. Eleanor didn't, though, which is why I experienced the full spectrum of sadness.

That is, until Raymond and Sammy came onto the scene and slowly shifted Eleanor's manner of thinking. 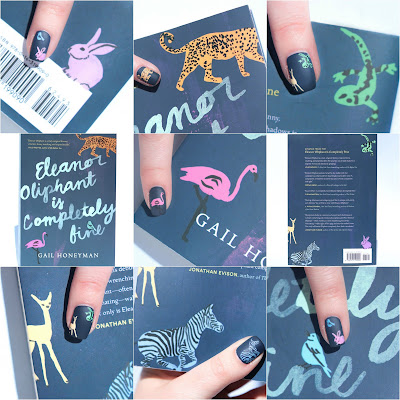 Usually I paint the cover, but I couldn't resist drawing all these super cute animals!

And that's why ELEANOR OLIPHANT IS COMPLETELY FINE rocked my world. There wasn't an omniscient narrator describing her journey from afar, only Eleanor on the front lines, which could've been a disaster, but Honeyman's masterful writing made it work. Hell, it more than worked. It shone like the frickin' north star in a cloudy sky. I'm talking about next-level bananapants, people--a relative banana pantsuit of exquisite prose, if you will.

Because for real. How did Honeyman achieve a quirky, endearing, exceptionally socially-inept character? How did I laugh and cry, sometimes in the same moment? How is that level of nuance possible? It's probably some sort of sorcery, which I'm totally cool with it, albeit a little jealous. My heart soared and sank more times than I could count because ELEANOR OLIPHANT captured what it's like to change: painful, slow, and ultimately uplifting. But it requires a person to face themselves, admit wrongdoings and accept the past, which is what Eleanor did. It felt like an honour to ride along with Eleanor as she attempted to redefine herself, and omg, did her cutting wit make me laugh. Humour that relies on juxtaposition, unbeknownst to the narrator, is such a challenge to accomplish and Honeyman smoked it. 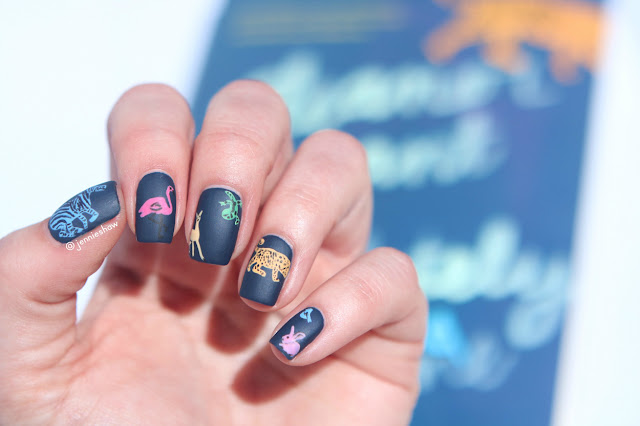 So if you were a fan of THE ROSIE PROJECT, and have an appreciation for sophisticated language with an exposed heart, ELEANOR OLIPHANT IS COMPLETELY FINE needs to skyrocket to the top of your list. Like, why are you reading this sentence when you should already be in your car, zooming towards a bookstore? GET OFF THE INTERNET AND GO!!

OPI - Lucky Lucky Lavender, Suzi Has A Swede Tooth, Towel Me About It, In My Back Pocket, Do You Lilac It, and matte topcoat

China Glaze - UV Meant To Be