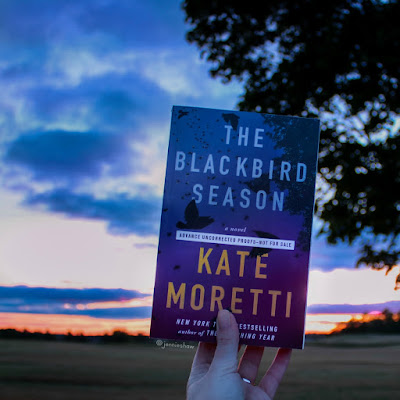 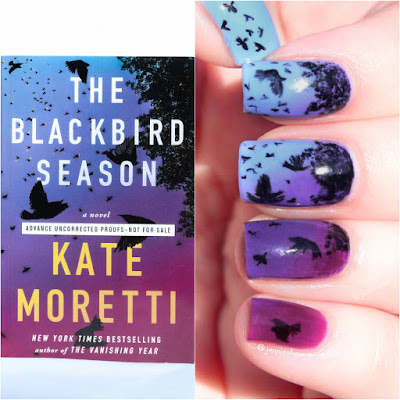 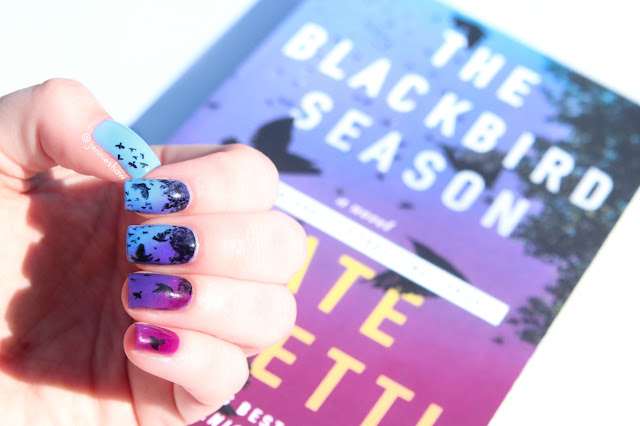 review and cover mani: the trick

I was a little hesitant to request THE TRICK because it takes place during WWII (a hard time for me to read about) but the premise still piqued my interest and I thought it would count as a serious sort of read. You know, the kind of book that would make me feel smarter afterwards. Ultimately, I was surprised by this historical novel because although the subject matter included somber topics, there were unexpected pops of humour (which I guess makes sense considering it's called "THE TRICK" Haha!). Let me explain.


*stares at cover with heart-eyes* 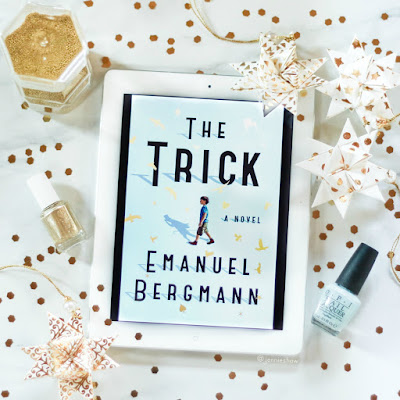 Sweeping between Prague during World War II and modern day Los Angeles, this deeply moving debut follows a young Jewish man in 1934 who falls in love and joins the circus as the country descends into war. Decades later, a young boy seeks out the now cynical, elderly magician in the hopes that his spells might keep his family together.

Prague, 1934: The fifteen-year-old rabbi's son Moshe Goldenhirsch marvels at the legendary circus magician known as the Half-Moon Man. Unexpectedly, he falls madly in love with the magician's delightful assistant, spurring him to run away from home to join the circus, which is slowly making its way to Germany as war looms on the horizon. Soon, he becomes a world-renowned magician known as the Great Zabbatini, even sought after by Adolf Hitler. But when Moshe is discovered to be a Jew, only his special talent can save him from perishing in a concentration camp.

Los Angeles, 2007: Ten-year-old Max Cohn is convinced that magic can bring his estranged parents back together before they divorce. So one night he climbs out of his bedroom window in search of the Great Zabbatini, certain this powerful magician has the power to reunite his family.

I’ve always been fascinated by magic, because having my mind blown is an awesome sensation. In fact, I'm at my happiest when I'm unable to even hypothesize how my exact card made it to the top of the deck while I thought I was still holding it. I suppose it’s because I want to believe in magic, that the unfathomable can appear before my eyes with no logical explanation and fill my heart with wonder. And it turns out that’s exactly what I had in common with Max. Oh how my heart sang and sank for Max! It’s Max’s desire to search out the Great Zabbatini in order to make his parents fall back in love that gets the ball rolling, and isn’t it nice when a plot starts out in such an innocent way? *insert heartwarming feels* 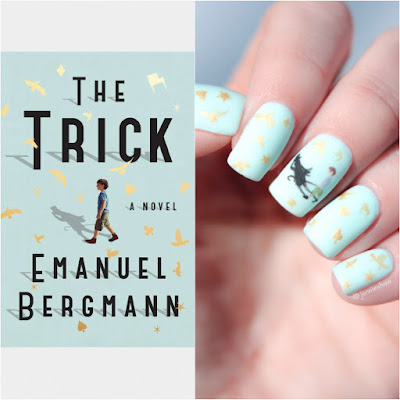 
As much as I liked Max, Moshe Goldenhirsch aka The Great Zabbatini was the more interesting character. No surprise since he’d lived a long life by the time Max meets him, and the majority of THE TRICK was Zabbatini’s story. And what a story it was! Moshe certainly had adventures when he ran away with the circus, transforming himself into a famous magician and then ultimately immigrating to the United States. Naturally, I won't share any details with you but suffice it to say, there was never a dull moment. 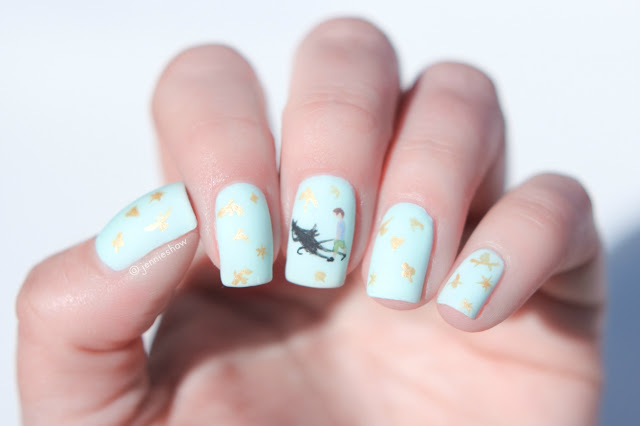 Along with two fabulous main characters, THE TRICK has a lot going for it, like thoughtful scenic descriptions and escalating stakes, but my favourite part was the voice. Holy moly the voice!! Similar to THE 100-YEAR-OLD MAN WHO CLIMBED OUT THE WINDOW AND DISAPPEARED, there’s a charming and quirky tone. The clever wittiness added a whimsical note to what could have been a devastating story and I found myself giggling pretty regularly. I mean, parts were still pretty heavy—Moshe is a Jew during WWII after all—but the overall story left me feeling uplifted. In short, Bergmann's prose was astounding and I feel the need to give him a standing ovation (from "The Voice" because I'm nerdy like that).

So if you’re a fan of historical fiction, whimsical writing, and the power of magic, THE TRICK is the novel for you! It's available in stores now, gleaming from shelves with its stunning light teal and gold cover, which means you should splurge on a hard copy. Because for real, the jacket will add some class to your bookcase.

Thanks so much to Simon & Schuster Canada for a review copy!

THE CHILD FINDER is a relatively quiet sort of story; the whisper in a crowded room that inevitably draws all the attention. An extraordinary piece of work—heavy and heartbreaking—Rene Denfeld proved yet again that she stands in a class of her own. So let’s just jump right in, shall we? 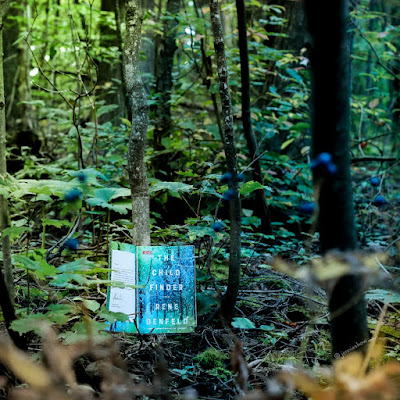 Three years ago, Madison Culver disappeared when her family was choosing a Christmas tree in Oregon’s Skookum National Forest. She would be eight years old now—if she has survived. Desperate to find their beloved daughter, certain someone took her, the Culvers turn to Naomi, a private investigator with an uncanny talent for locating the lost and missing. Known to the police and a select group of parents as The Child Finder, Naomi is their last hope.

Naomi’s methodical search takes her deep into the icy, mysterious forest in the Pacific Northwest, and into her own fragmented past. She understands children like Madison because once upon a time, she was a lost girl too.

As Naomi relentlessly pursues and slowly uncovers the truth behind Madison’s disappearance, shards of a dark dream pierce the defenses that have protected her, reminding her of a terrible loss she feels but cannot remember. If she finds Madison, will Naomi ultimately unlock the secrets of her own life?

Rene Denfeld’s shining ability is writing with compassion. It’s the undercurrent in her magnificent storytelling, bubbling to the surface at the most perfect times to bring me to my knees. In fact, due to Denfeld’s remarkable talent to break down my barriers and pry open my rusty heart, I needed a couple of weeks after finishing THE CHILD FINDER in order to draft a review without crying. 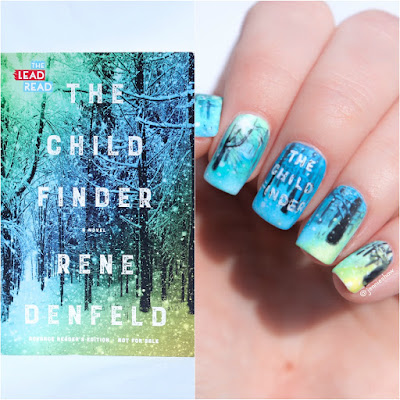 Challenging preconceived notions is another one of Denfeld’s gifts, so prepare yourself for an in-depth examination of humanity, folks. The grief, the triumph, the sacrifices one is willing to make to survive—it’s all there, nestled in between the gorgeous teal-to-blue-to-green-to-yellow covers. Because I didn’t just hurt and cheer for Naomi. The Culvers, the police, and just about every character mentioned in the book evoked some kind of reaction, each chapter going deeper into the murky waters of omg what else could possibly happen to these people.

But don’t misunderstand because even with my weeping, THE CHILD FINDER was most definitely a thriller. With a tight pace and ominous memories from the past, I remained on the edge of my seat. The second narrator's dreamy POV was just about flawless, while Naomi’s self-sacrifice for the greater good didn’t enter martyr territory (which is basically impossible to do). There is so much more I want to say about the plot of this incredible novel and I’ve drafted paragraph after paragraph but can’t avoid including spoilers, so all I can say is that you’ll be rocked to your core. 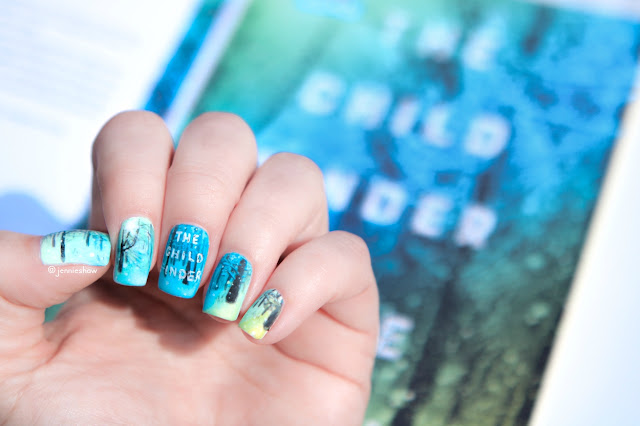 In conclusion, I love, love, love, love, love Rene Denfeld and will devour every novel she releases until the end of my days. They aren’t easy reads, but they’re necessary. The adept way Denfeld weaves compassion into the darkest of story lines brings out my own, and then I feel all the feels—the mark of an excellent novel, imho. So what are you waiting for? THE CHILD FINDER is out now, which means you can cancel your weekend plans and read instead. You’re welcome. ;)

Big thanks to HarperCollins Canada for a review copy!

China Glaze – Highlight of My Summer

OPI – Need Sunglasses?, You Are So Outta Lime!, and matte topcoat