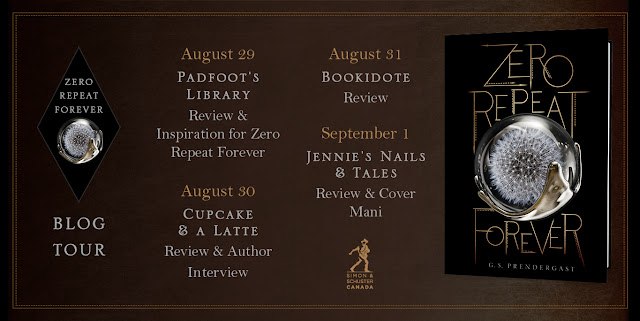 Described as a cross between THE 5th WAVE and BEAUTY AND THE BEAST, and set in the Canadian wilderness, I was all in when I received a copy of ZERO REPEAT FOREVER. I mean, an alien invasion outside of Calgary? An unexpected combo of two books that I love and a cover that was made for nail art? Gimmiegimmiegimmie. So please sit back and relax while I take the next five hundred words to lovingly scream about why you need to read this book.

::points while jumping up and down which isn’t nearly as graceful as it sounds:: 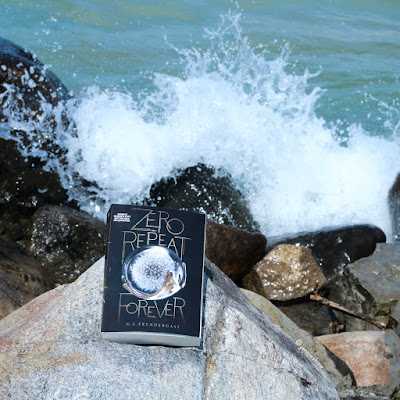 The back jacket description:

He has no voice, or name, only a rank, Eighth. He doesn’t know the details of the mission, only the directives that hum in his mind.

Dart the humans. Leave them where they fall.

His job is to protect his Offside. Let her do the shooting.

Until a human kills her…

Sixteen year-old Raven is at summer camp when the terrifying armored Nahx invade, annihilating entire cities, taking control of the Earth. Isolated in the wilderness, Raven and her friends have only a fragment of instruction from the human resistance.

Which seems like good advice at first. Stay put. Await rescue. Raven doesn’t like feeling helpless but what choice does she have?

Then a Nahx kills her boyfriend.

Thrown together in a violent, unfamiliar world, Eighth and Raven should feel only hate and fear. But when Raven is injured, and Eighth deserts his unit, their survival comes to depend on trusting each other…


Let’s take a moment to discuss Eighth, because in my opinion, he’s the star of the show. I’m attached to this character, people. Like for real. Don’t mess with him or I’ll come for you.

That said, don’t let the fierceness of my affection for Eighth fool you, because he’s definitely no hero. And while I agree there are vague BEAUTY AND THE BEAST vibes, Eighth has far more going on than the Beast. To call him complicated is an understatement and he made me cry no less than three times. OMG THE FEELS, PEOPLE. I felt the entire spectrum of them: joy, concern, understanding, frustration, heartbreak, pride, and everything in between. It wasn't long before I both dreaded and loved arriving at one of his POV chapters, emotionally preparing myself for what was to come. By the end I was like Pavlov’s dog, my eyes automatically misting when I read his name above the chapter number. I will share no details on what provoked my reaction, of course, but I wanted to share my emotional rollercoaster because it took me by surprise (and isn’t that what reading is all about? ::happy sigh::) 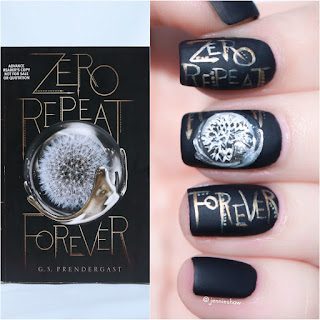 Another gem in this epic YA is Raven, who acts with the authentic intensity of teenagehood. When things were good, life was perfect. And when they were bad, life was the worst. She had perfectly valid reasons to act a bit like a lunatic, naturally, one being the death of her boyfriend and then her injury, and through it all, Raven's spirited reactions were equal parts entertaining and endearing. Adding Eighth to the mix (who wasn’t the sort of guy who could level Raven out) the tension was palpable. Not that I could blame her because one minute she was basically posting a live video of a perfectly roasted marshmallow over a fire and the next, she was cut off from the rest of the world and super scary aliens were trying to kill her. Add the usual teenage drama to that mess and yeah, Raven made for a pretty awesome protagonist. 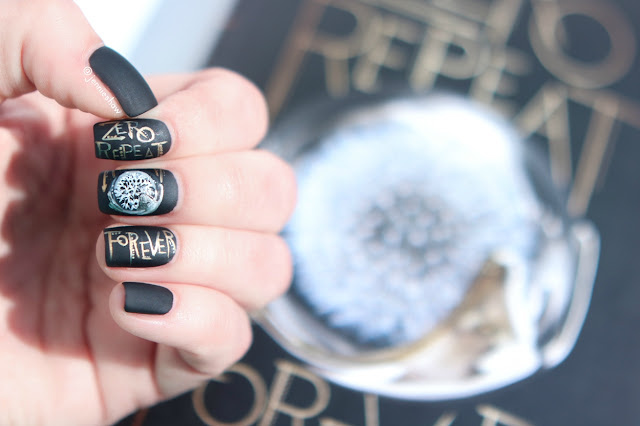 The final piece of excellence I’ll mention is the cover. Coming up with a snappy title can be a real challenge, and going in, ZERO REPEAT FOREVER didn’t make much sense to me. But now it’s probably one of the more meaningful titles I’ve seen. The same goes for the dandelion snowglobe-like graphic. I’m pretty sure there’s never been a title and cover that make me want to hug a book, but here we are. The perfection is borderline overwhelming.

So in sum, ZERO REPEAT FOREVER is the real deal, folks. The diverse cast of authentic-sounding teens, remarkable character development, and a plot that will likely rise to bananapants status, join forces to earn my must read recommendation, especially if you’re Canadian because the coolest kids Read the North.

Huge thanks to Simon & Schuster Canada for sending me an ARC!