I’m at a loss sometimes with how timing can work. It's a cliché for a reason, I suppose, and one I'll break out here because there must be a larger force at work when it comes to THE NOWHERE GIRLS. I mean, how could Amy Reed have known, years ago, that her incredible novel would be released during a year when the world stood up and actually acknowledged the prevalence of rape culture? Honestly, it’s staggering to me and I’m grateful for a number of reasons. First and foremost, because THE NOWHERE GIRLS is contributing to a dialogue already in progress—a real, honest dialogue about what’s happening. And I believe this novel is from the front lines of the next generation of people who will eventually rise to power. Because while THE NOWHERE GIRLS is technically fiction, it also isn't.

No. It isn’t fiction at all. 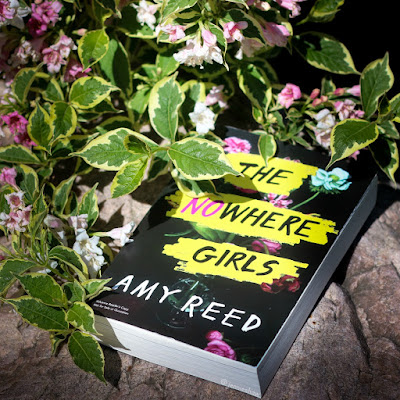 Three misfits come together to avenge the rape of a fellow classmate and in the process trigger a change in the misogynist culture at their high school transforming the lives of everyone around them in this searing and timely story.

Who are the Nowhere Girls?

They’re everygirl. But they start with just three:

Grace Salter is the new girl in town, whose family was run out of their former community after her southern Baptist preacher mom turned into a radical liberal after falling off a horse and bumping her head.

Rosina Suarez is the queer punk girl in a conservative Mexican immigrant family, who dreams of a life playing music instead of babysitting her gaggle of cousins and waitressing at her uncle’s restaurant.

Erin Delillo is obsessed with two things: marine biology and Star Trek: The Next Generation, but they aren’t enough to distract her from her suspicion that she may in fact be an android.

When Grace learns that Lucy Moynihan, the former occupant of her new home, was run out of town for having accused the popular guys at school of gang rape, she’s incensed that Lucy never had justice. For their own personal reasons, Rosina and Erin feel equally deeply about Lucy’s tragedy, so they form an anonymous group of girls at Prescott High to resist the sexist culture at their school, which includes boycotting sex of any kind with the male students.

Told in alternating perspectives, this groundbreaking novel is an indictment of rape culture and explores with bold honesty the deepest questions about teen girls and sexuality.

Where do I begin? It’s just so good, people. Like, up there with THE HATE U GIVE. Because THE NOWHERE GIRLS isn’t concerned with being non-confrontational. This is the truth without rose colored glasses and I’m here for a novel that has the guts to keep it real. Don't assume this book is a vigilante-style tale because it isn't. THE NOWHERE GIRLS is thoughtful, full of wisdom and collective experiences and ultimately uplifting. A remarkable feat, imho. 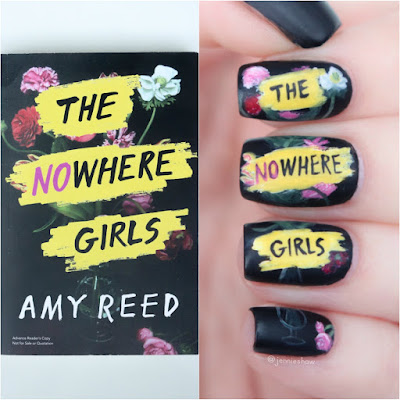 Grace, Rosina, and Erin were engaging and grounded characters who didn't appear to have much in common, but each felt like their place was on the outskirts, which made them gravitate towards one another. Each strong point-of-view offered another view of the plot’s progression and with it, how their past affected the present; how they were more than what the world expected of them, and how conflicting it can feel when you’re torn between playing it safe or speaking out. Because it’s really easy to look at a story from the outside and make judgments.

She should’ve reported him.
If she had reported it, she would've saved other from the same fate.
But she was out drinking and wore a short skirt.
What did she expect, going to a party?

I could go on and on with those statements, thinly veiled judgments that condemn a survivor for what happened to her. They’ve been around forever, so much so that we’re all conditioned to default to disbelief. It’s such a complicated, mindbendingly frustrating pileup of garbage that women have to deal with, and it starts well before high school. I’m so grateful that this book was brave enough to tackle such a systemic problem without watering it down. The surprise fourth narrator, which appeared intermittently to act as a collective voice, didn't hold punches as it shared snippets from "everygirls." I'd argue that those chapters were the most powerful of all and you'll have to read the book to understand why. 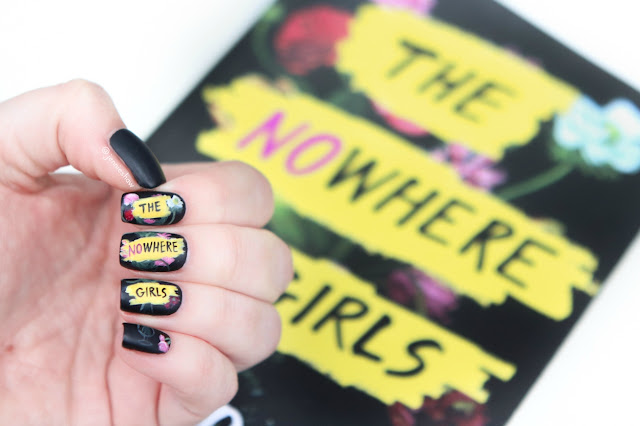 As much as the prevalence of rape culture in high schools was the driving force of THE NOWHERE GIRLS, it included another powerful message regarding teenage girls and their sexuality. Because yes, folks, teenage sexuality does, in fact, include girls. *cues gasps and clutched pearls* It’s frustratingly ragey that girls are still expected to protect their “purity” (implying they must protect themselves inherently means that they will encounter an attack btw) and then shaming them if they choose to disregard the rules placed on them. The result is that young women don’t get access to information, or attempt to seek it out in places that likely aren't female positive. THE NOWHERE GIRLS presents this curiosity in a truly accessibly way and my hope is it will encourage young women to think of their bodies as their own. Sexuality, included. Nothing shameful here, people. Move right along.

Big thanks to Simon & Schuster Canada for sending me an ARC.

OPI – Red My Fortune Cookie, You Are So Outta Lime, Suzi Has A Swede Tooth, Kiss Me On My Tulips, and Malaga Wine