I’ve had a great time the last few weeks, burning through my TBR in hopes of reaching my Goodreads goal. I find it all too easy to watch television or get caught up in social media and it’s been awesome to buckle down with a book instead of losing myself in technology. Plus, all the fantasy I’ve been devouring has given me the most insane dreams, where I’ve tasted magical worlds and joined new literary pals on the most epic of adventures. And the latest on that list of literary pals is the cast and crew of CARAVAL, which gave me a particularly marvellous dream because I read it in one day. Woot! 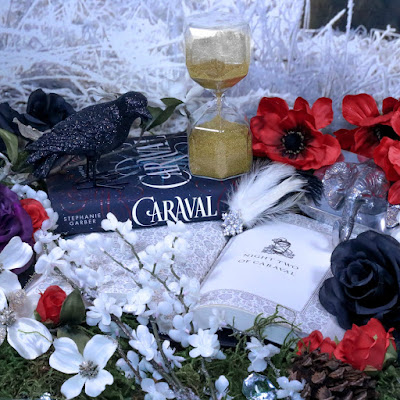 Scarlett Dragna has never left the tiny island where she and her sister, Tella, live with their powerful, and cruel, father. Now Scarlett’s father has arranged a marriage for her, and Scarlett thinks her dreams of seeing Caraval—the faraway, once-a-year performance where the audience participates in the show—are over.

But this year, Scarlett’s long-dreamt-of invitation finally arrives. With the help of a mysterious sailor, Tella whisks Scarlett away to the show. Only, as soon as they arrive, Tella is kidnapped by Caraval’s mastermind organizer, Legend. It turns out that this season’s Caraval revolves around Tella, and whoever finds her first is the winner.

Scarlett has been told that everything that happens during Caraval is only an elaborate performance. Nevertheless she becomes enmeshed in a game of love, heartbreak, and magic. And whether Caraval is real or not, Scarlett must find Tella before the five nights of the game are over or a dangerous domino effect of consequences will be set off, and her beloved sister will disappear forever.

Unreliable narrators are my favourite and in CARAVAL, unreliableness was in full force. The moment Scarlett attempted to navigate the magical island that Caraval called home, she had no idea what was going on. Like, literally no idea. But that’s the point, I soon learned, because Caraval is designed to make you mistrust your instincts, as well as your senses and everybody you met. Sounds fun, right? (Of course it does!) So while Scarlett wasn't unreliable in the traditional sense, airs of untrustworthiness abounded. 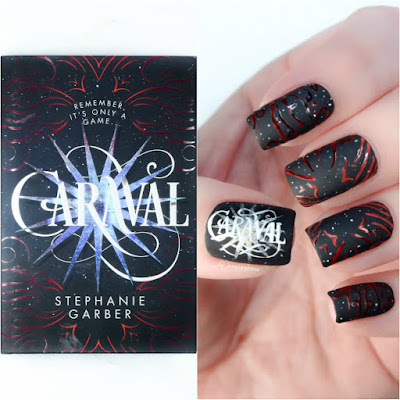 I think it’s safe to say that the sections of the book set during Caraval are the parts I remember the strongest. The descriptive, enchanting, vivid prose lured me closer to the page after Scarlett arrived, and I loved that each element was treated with the same care and consideration. It didn’t take long for me to fall into Legend's world I never wanted to leave because Garber is unnaturally gifted with the ability to set the scene. I drank the Kool-Aid and it was frickin' divine, folks. Kind of like ambrosia but with glitter. Delicious, delicious glitter. 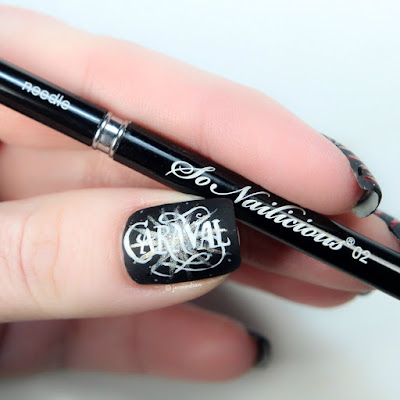 And while Scarlett was much more hesitant to join in the fun—or madness, depending on your point of view—than I would’ve been, I didn’t grow up under the thumb of an abusive father, having seen nothing of the world. In that sense, Scarlett’s fear made total sense, and I sympathized with her overwhelming sense of self-doubt as she frantically tried to find her sister. It was sort of like Scarlett was a freshman in college, experiencing life for the first time on her own, but also with her sister’s life relying on her making straight A’s on a first-week exam. Again, sounds fun, right? (Err...for everyone except Scarlett and Tella, anyway.) 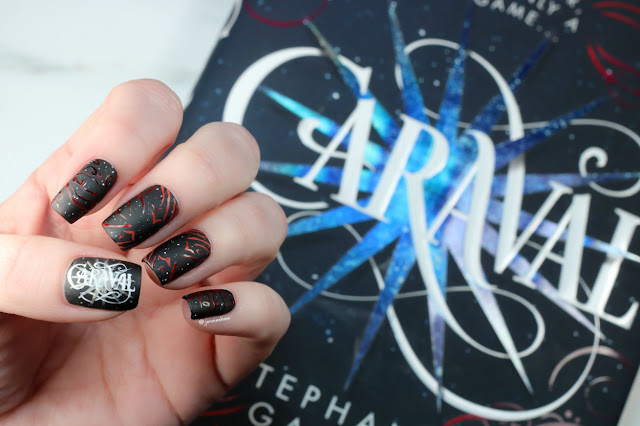 So if you’re looking for true escapist fiction, where your eyes greedily suck up every lush and striking image, whether it be a twinkling gown made of the softest velvet, a deadly game of cat and mouse, or a trying to decipher what’s true or an illusion, then CARAVAL is the book for you!