review and cover mani: if you could see me now

Well friends, the year is winding down and the holidays are just around the corner. But as much as the holidays can be awesome, they can also suck for a host of reasons, which is why I wanted to share a hilarious book because having a super fun novel on your Kindle (or reader of choice) can serve as a great escape. And trust me, IF YOU COULD SEE ME NOW is sixty shades of escapist and slap-your-knee fiction. Haha! 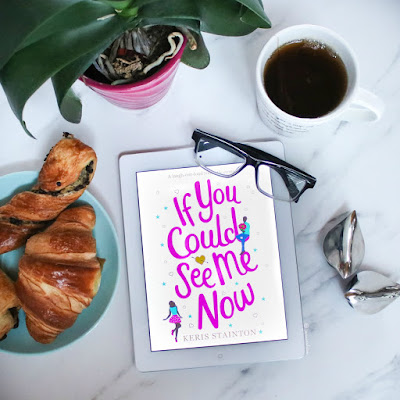 Izzy Harris should have it all – but her boyfriend has been ignoring her for months, she’s been overlooked for a promotion, and the owner of her local coffee shop pervs on her every time she has a craving for a salted caramel muffin.

Then her life is unexpectedly turned upside down.

Izzy dumps her oblivious boyfriend, and leaps on the chance to win a big pitch at work. Needing to work closely with gorgeous colleague Alex is an added perk…

But then her best friend has her heart broken, the pitch is way more complicated than expected, and Alex is keeping secrets. Does Izzy have what it takes to help her friend, save her career and get the guy? 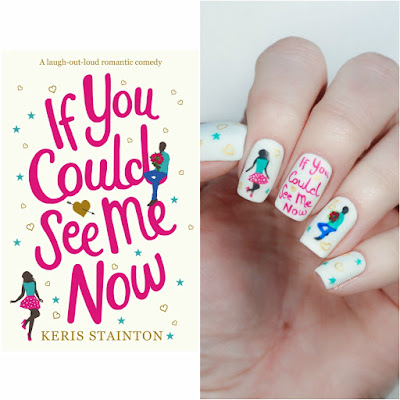 To put it another way, if the Richter scale measured side-splitting laughter, this would score at least as a nine. Maybe even a nine-point-five. Because there was an additional plot twist in IF YOU COULD SEE ME NOW that I could barely handle due to its hilarity.

So actually, IF YOU COULD SEE ME NOW's tagline is one hundred percent accurate and shame on me for being such a hater. (Also, I really shouldn't have been skeptical because it earned the Kirsty Greenwood seal of approval and you all know how strongly I feel about Kirsty Greenwood's sense of humour.) Haha!

Stainton’s ability to flesh out the funny at every turn had me whipping through pages, taking a break only to wipe my eyes because yes, there were two times where I laughed so hard I cried. Even the acknowledgements made me giggle! But since the hilarious plot twist isn't touched in the book’s description, I won’t go into detail. Rest assured though, fellow booknerds, you’ll never guess where this glorious book will lead you. 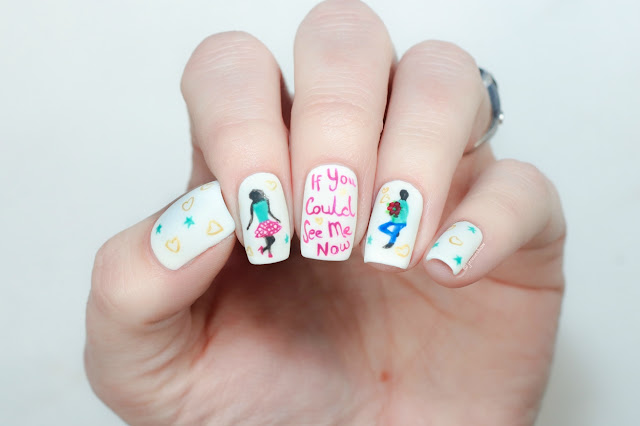 Nestled between jokes and slapstick situations was a healthy dose of feminism, meaning that Izzy is more than her “stats” of boyfriend, career, and friends. She hid from the world and from herself, making herself small and settling for much less than she deserved because she lacked the chutzpah to demand better. So while IF YOU COULD SEE ME NOW made me laugh, it also offered introspective moments as Izzy tried to gain control of her life. Ultimately, it was an uplifting tale that hit a lot of notes for me, and since there’s no real darkness (murder/violence) it's perfect for a time of year where stress abounds.

In conclusion, I think it's safe to say that I loved this book so if you also love to laugh and feel your heart swell when a character slips on a metaphorical empowerment blazer, working it in until it fits like a glove, you need to read IF YOU CAN SEE ME NOW!!

China Glaze – My Way Or The Highway and Born To Rule