review and cover mani: in a cottage in a wood

I’m always down for a creepy read. Err…as long as it doesn’t involve dolls because I’m already scared of them enough. *shudders* On a recent trip to the bookstore, the novel I had in mind wasn’t in stock and because leaving a bookstore empty handed isn’t a thing I’m physically capable of doing, I checked out the new releases wall. IN A COTTAGE IN A WOOD immediately stood out because I’d seen this ominous-looking cover around bookstagram, and then it promptly came home with me because I love a good psychological thriller. 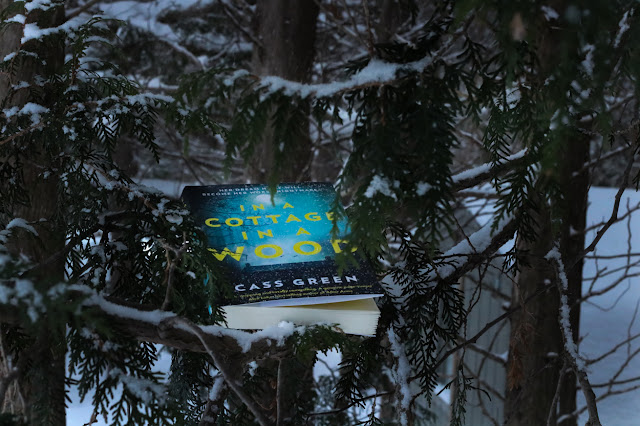 A strange encounter
Neve comes across a troubled woman called Isabelle on Waterloo Bridge late one night. Isabelle forces a parcel into Neve’s hands and jumps to her death in the icy Thames below.

An unexpected gift
Two weeks later, as Neve’s wreck of a life in London collapses, an unexpected lifeline falls into her lap – a charming cottage in Cornwall left to her by Isabelle, the woman on the bridge. The solution to all her problems.

A Twisted secret
But when Neve arrives, alone in the dark woods late one night, she finds a sinister-looking bungalow with bars across its windows. And her dream home quickly becomes her worst nightmare – a house hiding a twisted secret that will change her life forever…

I read IN A COTTAGE IN A WOOD in one sitting and was totally freaked out for about seventy percent. Right out of the gate, the plot got rolling and maintained a steady pulse throughout Neve’s journey to a country cottage she hoped would change her life for the better. Neve’s shining optimism made me feel immediate sympathy for her because unlike me, Neve wasn’t privy to the spooky cover of the book she stars in, which is all sorts of “uh oh, this is going to be intense.” So while she waxed poetic about how amazing living in the country would be, I shook my head and anxiously waited for her to catch up…and by catch up I actually mean begin her terror-fest. 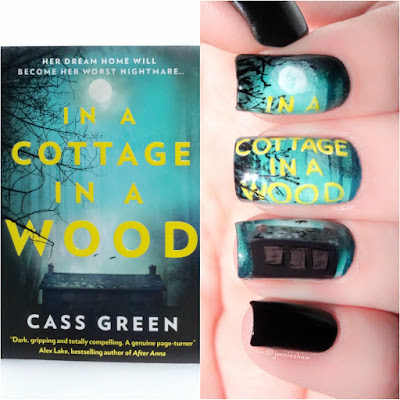 The setup for Neve’s arrival worked brilliantly, because by the time she laid eyes on her polar-opposite-of-welcoming home, I cared deeply about her. As such, my nerves fired alongside hers when she began to realize her mistake and quickly regret all of her life choices. (Been there, Neve. Only without the murdery-vibes residence so you win.) With the relatable life situation of a plan falling through and hesitant uncertainty regarding the next move to make, Neve felt familiar. It also helped that I imagined a lot of parallels between how I’d react to certain eerie events and how Neve reacted. One of the joys of reading a book in a single pass is the degree of immersion I can achieve, completely losing myself in the story, and that totally describes my reading experience of IN A COTTAGE IN A WOOD because I really put myself in Neve’s shoes and the plot was b-a-n-a-n-a-s. But I can’t talk about the plot any more than I have already so that’s all you get. 😶 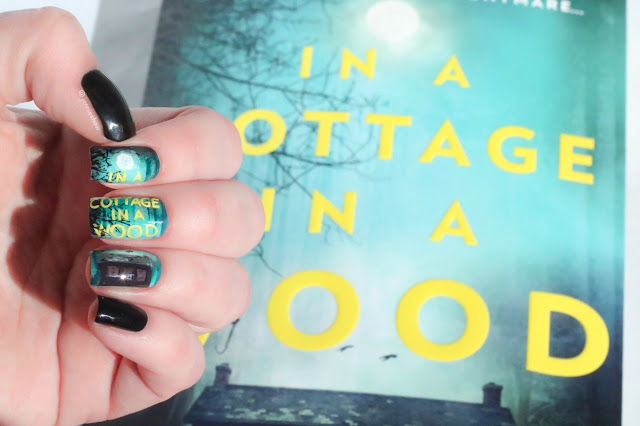 If you love a tightly-written novel that makes you wonder if there are paranormal elements at work, a dangerous stalker, or if it’s all in a character’s head, IN A COTTAGE IN A WOOD is the book for you!! If you can swing it, I highly recommend penciling in a day to read it cover to cover. But before you get started, lock all of your doors and turn on some lights because for real, it’s creepy and if you live in a wooded area like myself, there’s a significant chance you’ll be too freaked out to check if your house is secure once you dig in. Preparation is the name of the game, friends!