If you’ve read any of my reviews, you’re aware that I’m a card-carrying feminist. (FYI, it’s black with holo detailing, and also laminated because obviously.) So when I heard of CADAVER & QUEEN, a feminist retelling of Frankenstein, I couldn’t request it fast enough. I burned through the whole thing in two days and loved every second so let’s get started with the review!! 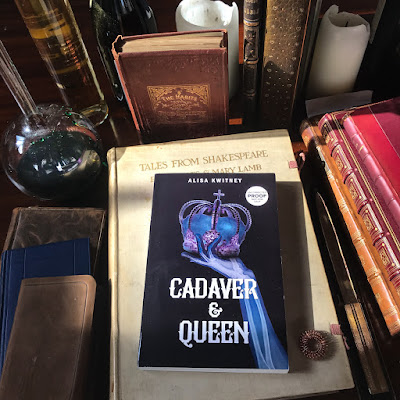 When Lizzie Lavenza enrolled at Ingold as its first female medical student, she knew she wouldn't have an easy time. From class demands to being an outsider among her male cohorts, she'll have to go above and beyond to prove herself. So when she stumbles across what appears to be a faulty Bio-mechanical--one of the mechanized cadavers created to service the school--she jumps at the chance to fix it and get ahead in the program.

Only this Bio-mechanical isn't like the others. Where they are usually empty-minded and perfectly obedient, this one seems to have thoughts, feelings...and self-awareness.

Soon Lizzie realizes that it is Victor Frankenstein--a former student who died under mysterious circumstances. Victor, it seems, still has a spark of human intelligence inside him, along with memories of things he discovered before his untimely death...and a suspicion that he was murdered to keep that information from getting out. Suddenly Lizzie finds herself intertwined in dark secrets and sabotage that put her life, and the lives of Victor and their friends, in danger. But Lizzie's determined to succeed--even if that means fighting an enemy who threatens the entire British Empire.

Truth time: Science isn’t my strongest suit. I would have failed OAC Biology twice, had I not dropped it the second time before the final when the teacher was like: Jennie for real, I fear for your GPA average if you continue. There’s just something about technical names and formulas that make my eyes gloss over. As such, I was a little worried that I’d get lost in CADAVER & QUEEN, but thankfully, Kwitney wrote those details in an accessible way. Better than accessible, actually. The Bio-mechanicals completely freaked me out. Like zombies without the brain eating, they were creepy to the extreme. And in a time when candlelight was frequently used, whenever Lizzie ran into one, I was shocked she didn’t scream and then stab blindly because if one of those things snuck up on me, that’s what I’d do…well, at least the screaming part. 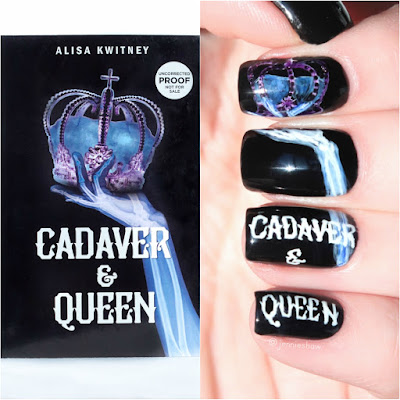 While Lizzie attempted to dismantle the patriarchy—err, I mean, be granted the same opportunities as male students (wait, isn’t that the same thing?)—she noticed one Bio-mechanical who appeared to display elements of humanity.  And it turned out, she was correct.

The most interesting part (and endlessly thematic in my opinion), was that technically, Victor Frankenstein was dead. His body had been reconfigured to become a Bio-mechanical, but he wasn’t an empty shell. Unlike the creature in Frankenstein, Victor didn’t have to learn human habits because he already possessed full-fledged memories from his time being alive. So Kwitney upped the ante for the argument of whether the original creature was entitled to basic human rights, because she placed actual human consciousness inside her Bio-mechanical, which was created from the same consicousness’ body. Ooooo yes. I suspect this development will add plenty of pep to classroom debates and I'd love to be a fly on the wall. 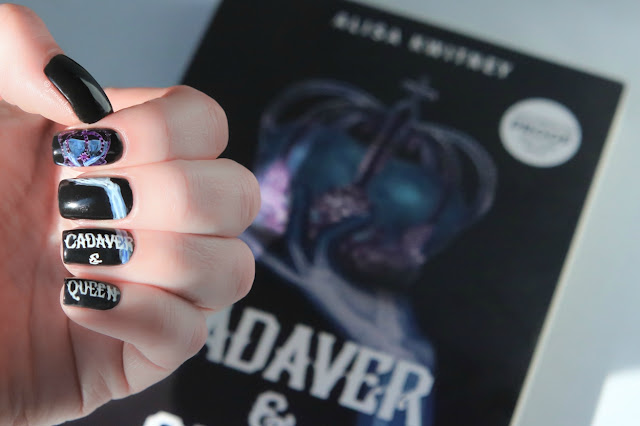 In regards to Victor's death, once Lizzie and Victor got acquainted, they worked to extract clues from Victor's memories, as his thoughts had muddled during the Bio-mechanical-ing process. What they uncovered proved much larger than a single murder. Instead of letting things be (because where’s the fun in that), they followed clues and stumbled upon a nationwide conspiracy—one that had the potential to change then entire world. You know, while Lizzie also raced between classes and studied for finals. Only a woman would be able to multitask to that degree. ;)

So if you love historical fiction with flare, bold characters with heart, and a plot that you’ll never figure out until the very end, make sure you pick up a copy of CADAVER & QUEEN!

Big thanks to HarperCollins Canada and Harlequin Teen for an ARC!


So Nailicious brushes – needle and slayer