As with most of my reads, MISS EX-YUGOSLAVIA first caught my attention with its striking yellow cover. The description made me chuckle with its balance of humour and vulnerability, and then I noticed a blurb from Jenny Lawson and I was all: yes I need to read this. So...well...I did, and now I'm going to rave about it. *jazz hands* 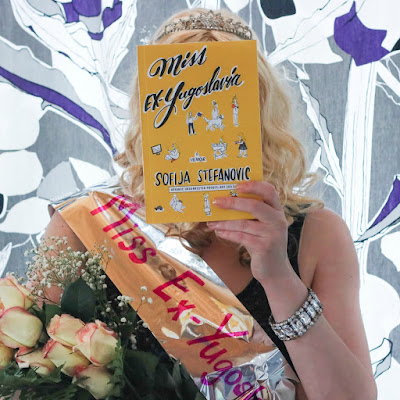 First and foremost, Sofija Stefanovic is a storyteller. She doesn’t just deliver a series of informative points like a tedious power point presentation (which is how some memoirs read in my opinion). Instead, it felt like she invited me to sit in a comfortable chair, handed me a cocktail, and then proceeded to chat my ear off. (Yay!) From early on, Stefanovic demonstrated her comfort with being the punchline (a comfort we share, to be honest) and there were times I laughed so hard that my husband had to check on me because he feared I’d pass out. 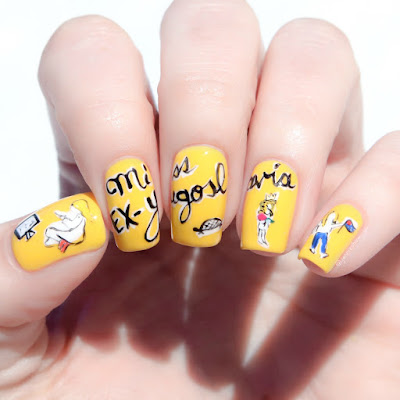 I must confess that I didn’t know much about socialist Yugoslavia before reading MISS EX-YUGOSLAVIA, and while there was a consistent thread of humour (which had more to do with Stefanovic’s perspective than what she and her family were dealing with), it wasn’t all fun times. Having a pair of politically involved parents gave Stefanovic a front-line source of information, putting her up close and personal. The moxy of those folks, for real.

The most striking chapters for me described Stefanovic’s return to Yugoslavia after living in Australia for two (very impactful) years. The contrast at that point, having lived in both a socialist and democratic country, granted her a wider perspective. The bad news is that perspective reinforced her feeling of otherness. First, she was the other in Australia, and then she became other in a place that was supposed to be her home. Brutal. Another bounce back to Australia after increasing political upheaval didn’t help matters, and then her family entered a pretty black time. 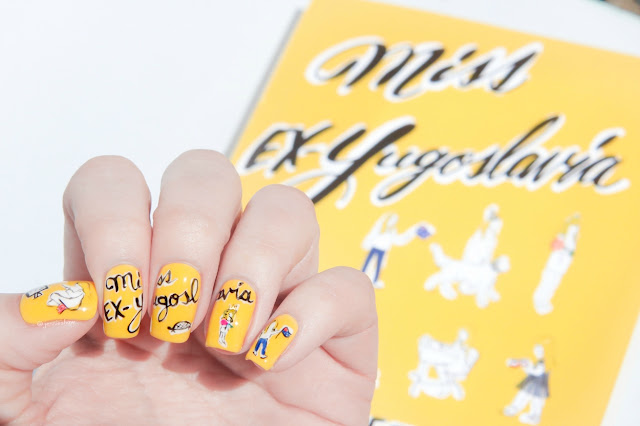 The highs and lows of MISS EX-YUGOSLAVIA were astounding. It takes a perfect balance to include light and dark without having tone issues, and Stefanovic made it seem effortless. Her witty recollections from the more humiliating moments of her childhood and adolescence will suck you in, and you’ll come away with a better understanding of what happened in socialist Yugoslavia, and a taste of the sort of challenges that immigrants from war-torn countries are forced to overcome. Five enthusiastic stars from me!

OPI – My Twin Mimmy, A Good Man-Darin Is Hard To Find, Charged Up Cherry, Dating a Royal, and Stay Off the Lawn!