review and cover mani: past tense

PAST TENSE has so much going for it. Like RAMONA BLUE, there's the complication of multiple crushes, but also the addition of a mother who thinks she’s dead. Yep, PAST TENSE certainly stands on its own in regards to YA contemporary, and in a world where it’s a challenge to find a fresh plot twist, I was hooked from the very beginning. 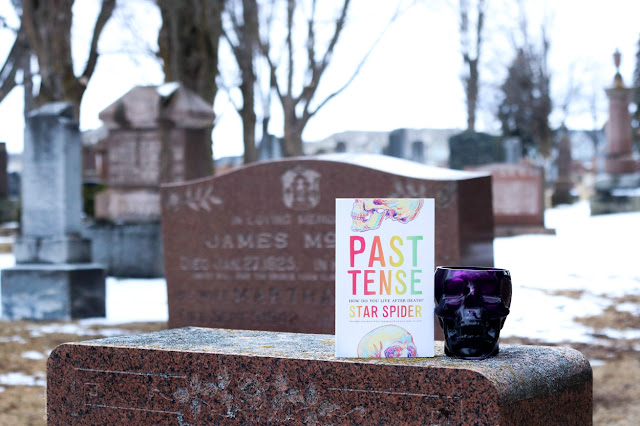 Julie Nolan is a pretty average girl with pretty average problems. She’s been in love with her best friend, Lorelei, ever since they met in grade three. Only Lorelei doesn’t know about it — she’s too busy trying to set Julie up with Henry, her ex, who Julie finds, in a word, vapid.

But life gets more complicated when Julie comes home to find her mother insisting that her heart is gone. Pretty soon it becomes clear: Julie’s mom believes that she has died.

How is Julie supposed to navigate her first year of high school now, while she’s making midnight trips to the graveyard to cover her mother with dirt, lay flowers and make up eulogies? And why is Henry the only person Julie feels comfortable turning to? If she wants to get through this, Julie’s going to have to find the strength she never knew she had, and to learn how to listen to both her mom’s heart and her own.
__

As Julie’s mother’s state is mentioned in the description, I can say (without being spoiler central) that for the first few chapters, I suspected she was battling post-partum depression. But then the first super freaky thing happened and confirmed it was not, in fact, post-partum. Like, at all. So while Julie tried to figure out what (and who) she wanted, she’d return home each day to a minimally functioning mother—a scary and strange occurrence. With only Julie’s point of view, there was no explanation for the behavior, but the stakes were high from the get-go because of Julie’s surprise baby brother. Julie’s schooldays were filled with normal teenage drama yet at night, she was forced to make sense of intense adult issues. Hello compartmentalization, right? Yikes. 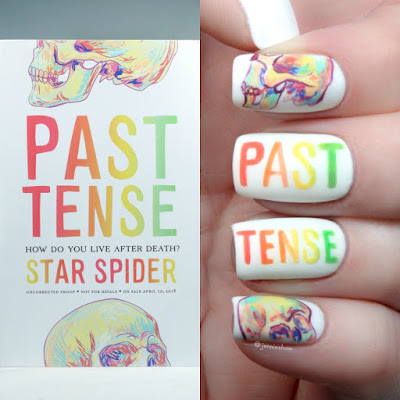 But although PAST TENSE had midnight freakiness, keeping Julie’s perspective front and center meant that I led with empathy. Julie used humour to cope with the morbid surrealness that possessed her mother, and I related because honestly, at some times, it’s either laughter or tears. I found myself respecting Julie more and more, and then felt a surge of protectiveness during a certain scene where I wanted to tuck her behind me and take a strip off her mother because holy stop it, lady, Julie’s just a kid! I also really liked the conflict between Julie and Lorelei. Female friendships are complicated and no more so during the teenage years. The added tension of Julie's unrequited crush only made the situation stickier. 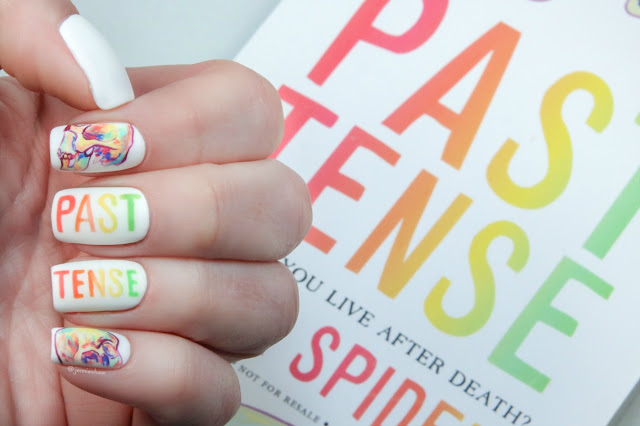 If you’re a fan of the tingles that come from teenage crushes, the possible confusion that comes along with them, and unsettling behavior that lurks in the shadows, then pick up a copy of PAST TENSE! Considering it’s Friday the 13th, it’d make for a perfect on-theme read!

China Glaze – Athletic Chic, Bodysuit Yourself, Pilates Please, Werk It Honey, Too Yacht To Handle, and I Sea The Point

OPI - In My Back Pocket, Gargantuan Green Grape, and matte topcoat