review and cover mani: all the ever afters

Short review: ALL THE EVER AFTERS is the best fairy tale retelling I’ve ever read. The end.

What? You need more than that? Fine. It’s the best fairy tale retelling and villain origin story I’ve ever read, so get your debit cards ready friends, because you'll be sprinting to the bookstore in about three minutes. 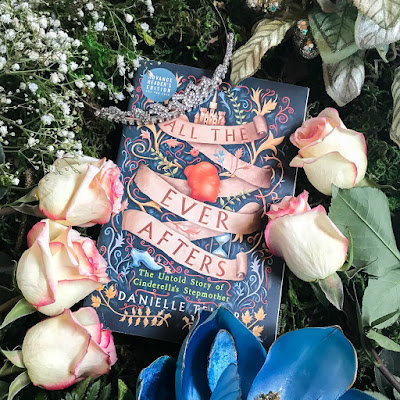 In the vein of Wicked, The Woodcutter, and Boy, Snow, Bird, a luminous reimagining of a classic tale, told from the perspective of Agnes, Cinderella’s “evil” stepmother.

We all know the story of Cinderella. Or do we?

As rumors about the cruel upbringing of beautiful newlywed Princess Cinderella roil the kingdom, her stepmother, Agnes, who knows all too well about hardship, privately records the true story. . . .

A peasant born into serfdom, Agnes is separated from her family and forced into servitude as a laundress’s apprentice when she is only ten years old. Using her wits and ingenuity, she escapes her tyrannical matron and makes her way toward a hopeful future. When teenaged Agnes is seduced by an older man and becomes pregnant, she is transformed by love for her child. Once again left penniless, Agnes has no choice but to return to servitude at the manor she thought she had left behind. Her new position is nursemaid to Ella, an otherworldly infant. She struggles to love the child who in time becomes her stepdaughter and, eventually, the celebrated princess who embodies everyone’s unattainable fantasies. The story of their relationship reveals that nothing is what it seems, that beauty is not always desirable, and that love can take on many guises.

Lyrically told, emotionally evocative, and brilliantly perceptive, All the Ever Afters explores the hidden complexities that lie beneath classic tales of good and evil, all the while showing us that how we confront adversity reveals a more profound, and ultimately more important, truth than the ideal of “happily ever after.”

Agnes’s story began when she was ten years old. Forced to leave her family and work for the manor, she landed the job of laundress apprentice—arguably the most grueling of positions. With few allies, Agnes did what she had to do in order to survive, enduring abuse, heartache, and the ever-present uncertainty that she could be tossed out into the cold for the slightest of mistakes. 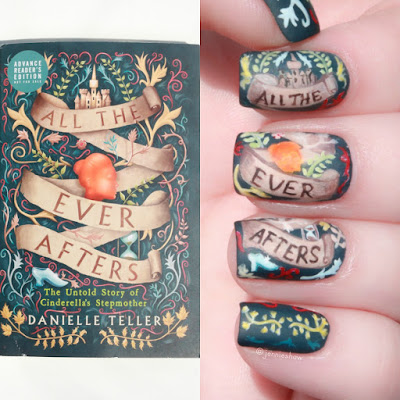 The lyrical writing in ALL THE EVER AFTERS created a fully immersive reading experience. A rich world saturated with sensory details, Agnes had my heart in the palm of her hand. The world isn’t kind to smart and ambitious girls, and even less kind to smart and ambitious women—a lesson Agnes learned again and again. Her ultimate goal was heartbreakingly simple, to be safe. I both admired and ached for Agnes, whose best-laid plans often ended up in a heap of unfulfilled expectations, tucked between the mounds of laundry she’d have to wash until her hands blistered.

But Agnes never gave up. No matter the terrible betrayals—no matter how unfair life became—Agnes pressed forward, always searching for her place in the world. When everyone around you says you're nothing, it’s easy to believe them and yet Agnes never lost sight of who she was and what she could achieve if given even the smallest opportunity. If Agnes had donned the Sorting Hat, she’d have been Slytherin with a side of Ravenclaw and a pinch of Gryffindor to boot. 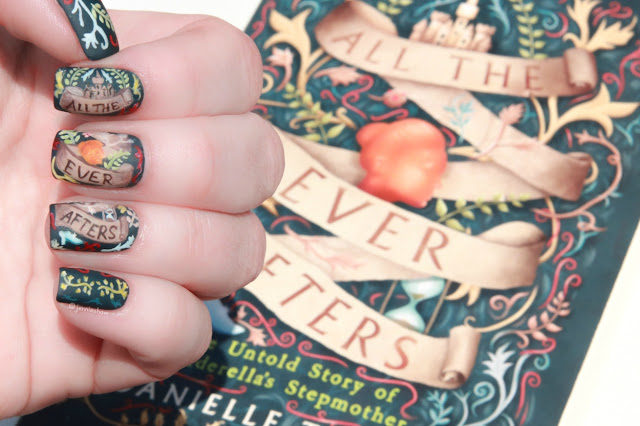 As for the retelling itself, Teller created a completely fresh take, while incorporating themes about society’s obsession with physical beauty. By challenging the perspective on the components we’re able to recite by heart—ugly step sisters, the glass slipper, Cinderella herself—Agnes showed how small truths can evolve into myth. I honestly can’t believe how exquisitely Teller accomplished this tour de force because when I finished, I was all Cinderella who? They say that everyone is the hero in their own life but in this case, Agnes was a shining star and far more interesting than the traditional heroine who was forced to sleep by a hearth in the kitchen (or was she?). Five stars, plus one million stars, for a total of one million and five stars. *preps megaphone to inform neighbors of the awesomeness*

Big thanks to HarperCollins Canada and William Morrow for an ARC!