review and cover mani: the death of mrs. westaway

THE DEATH OF MRS. WESTAWAY plucked me from the warm spring weather and dropped me into sub-zero England, where snow and ice chilled me to the bone. Poor Hal was attacked from all angles, including the climate itself, and that sense of loneliness—Hal being on her own with nobody to rely on—cranked up the tension from the get-go. So basically, THE DEATH OF MRS. WESTAWAY was everything I want in a suspense novel. 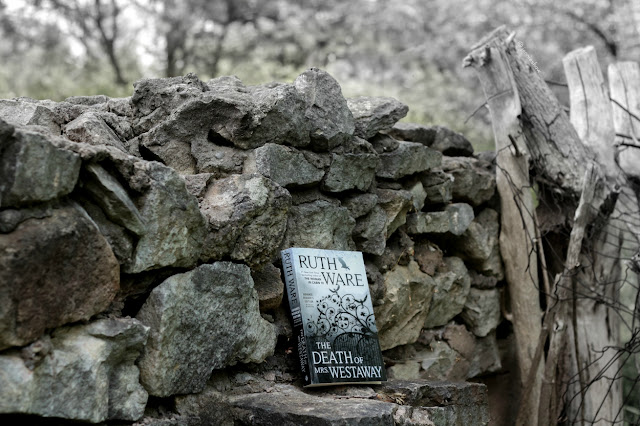 From the #1 New York Times bestselling author of In a Dark, Dark Wood, The Woman in Cabin 10, and The Lying Game comes Ruth Ware’s highly anticipated fourth novel.
On a day that begins like any other, Hal receives a mysterious letter bequeathing her a substantial inheritance. She realizes very quickly that the letter was sent to the wrong person—but also that the cold-reading skills she’s honed as a tarot card reader might help her claim the money.
Soon, Hal finds herself at the funeral of the deceased…where it dawns on her that there is something very, very wrong about this strange situation and the inheritance at the center of it.
Full of spellbinding menace and told in Ruth Ware’s signature suspenseful style, this is an unputdownable thriller from the Agatha Christie of our time.

With a tiny cast of characters, suspicion bounced around, gradually building to a feverish pace. Ruth Ware smoked the shady personalities that made up the Westaway family, whose goals were mostly self-serving, and I never trusted a single one. From the cantankerous caretaker, incapable of a kind word, to the set of brothers who argued like it was an Olympic sport, Hal was forced to navigate her way through decades of family drama. 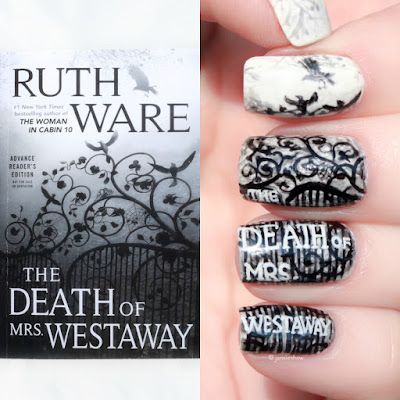 The isolation of the foreboding estate acted like an insta-pot, turning up the heat on Hal’s deception. Naturally, I mean that metaphorically because Hal was frozen for the better part of every chapter. While trying to figure out if she was actually related to the Westaways, Hal made excellent use of her experience reading tarot cards, which added to the already atmospheric tone. Including otherworldly vibes—ones that Hal herself admitted weren’t terribly reliable—produced airs of magical realism and a more sinister layer to the mystery. After that admission, Hal's continued drawing of cards for herself reinforced her sense of solitude. In desperate need of a confidant, she'd return to the Major and Minor Arcana for comfort and reassurance, because they were all she had. It made my heart hurt, at times. 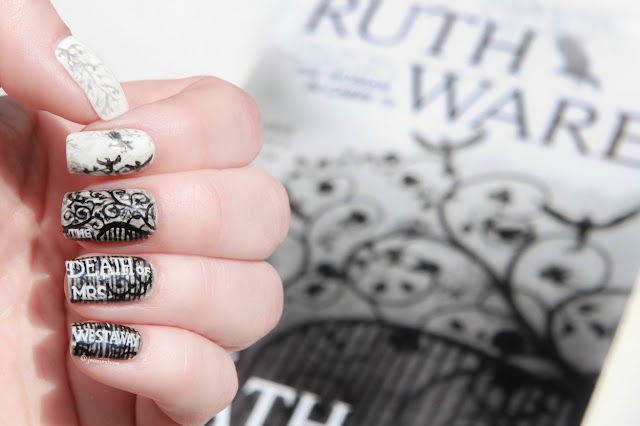 But this wasn’t even almost a sad novel. It’s creepy and suspenseful in the best ways and I flew through it. Each character had something to hide and motivation to deceive the others, so the tension never stopped. If you’re a fan of small casts in an isolated location, trying to outwit and outlast a la Survivor, only in a colder climate and with no referee, THE DEATH OF MRS. WESTAWAY is the novel for you!

Email ThisBlogThis!Share to TwitterShare to FacebookShare to Pinterest
Labels: Book Reviews, nails and tales, over manis