THE FAVORITE SISTER felt like an origin story for reality television darlings, by showing how easy it can be to detach from reality and create another. Under the guise of friendship, these characters were originally led to believe they would empower others, but wound up competing for fame by humble bragging about their accomplishments and stirring the pot in order to stay relevant. Frankly, this is the kind of set up for most reality shows of this nature, but THE FAVORITE SISTER took that basic premise and blew it the fuck up, so I can't wait to scream about it. 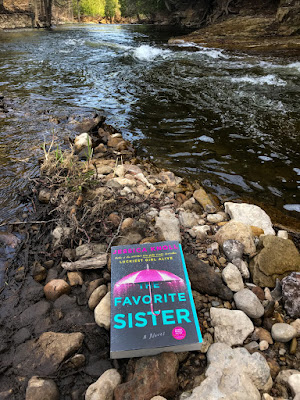 From Jessica Knoll—author of Luckiest Girl Alive, the instant New York Times bestseller and the bestselling debut novel of 2015—comes a blisteringly paced thriller starring two sisters who join the cast of a reality TV series. One won’t make it out alive. So…who did it?
When five hyper-successful women agree to appear on a reality series set in New York City called Goal Diggers, the producers never expect the season will end in murder…
Brett’s the fan favorite. Tattooed and only twenty-seven, the meteoric success of her spin studio—and her recent engagement to her girlfriend—has made her the object of jealousy and vitriol from her castmates.
Kelly, Brett’s older sister and business partner, is the most recent recruit, dismissed as a hanger-on by veteran cast. The golden child growing up, she defers to Brett now—a role which requires her to protect their shocking secret.
Stephanie, the first black cast member and the oldest, is a successful bestselling author of erotic novels. There have long been whispers about her hot, non-working actor-husband and his wandering eye, but this season the focus is on the rift that has opened between her and Brett, former best friends—and resentment soon breeds contempt.
The Favorite Sister explores the invisible barriers that prevent women from rising up the ranks in today’s America—and offers a scathing take on the oft-lionized bonds of sisterhood, and the relentless pressure to stay young, relevant, and salable.

Early on, it was clear that Brett and Kelly were ambitious sisters who approached life from different angles. That sort of organic conflict immediately drew me in. My bookstagram caption even included something along the lines of “I can’t wait to see how these terrible characters get up to no good.” Now that I’ve finished, I suspect this was a clever trap because in the end, I sat back and thought: Huh. I was not aware of my Walking Contradiction status.

Oooo yes. Knoll held up a glaring mirror to the current state of feminism, and I found myself pulling quotes so often, I sifted to taking pictures to save time (because I am a non-writing-in-the-book sort of gal). Picking this setting to speak about what it means to be a successful, independent, and wealthy woman was absolute perfection. Because who better to know about the amount of work it takes to rise to the top of one's profession than someone who's done it themselves? Respect for an equal should come naturally and in an ideal world, it would remain that way. But in life, and after the first season of Goal Diggers, when ratings became more important than a positive message, Brett, Kelly, and Stephanie had to deliver the drama by turning on each other, or be kicked to the curb, Manolos in hand. Women, in particular, can rationalize poor behaviour and watching the spin through several different points of view drove home the point that regardless of the lip service about sisterhood, deep down, women are threatened by one another; the result of the society we live in. We strive for collaboration, but wind up competing. Sharpened stiletto nails at the ready to strike. 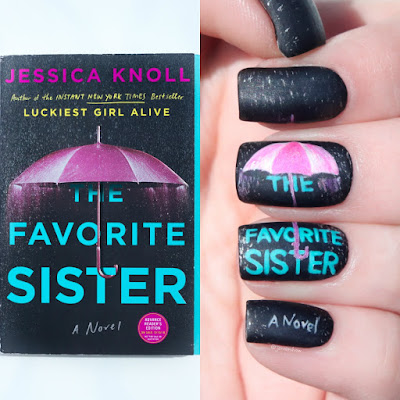 The unapologetic theme about how much easier it is for women to tear each other down instead of offering a hand up, really got me thinking. The streak of maliciousness comes from the fear that if another woman succeeds, we will fail. There's only room for one. But we also learn that being too ambitious or too opinionated or any number of other toos can hurt our images, so we find other ways: backstabbing, fabricating rumours, passing along harmful gossip with glee—jabs that happen behind the scenes while we feign innocence and girl power. THE FAVORITE SISTER lifted that curtain and bared the ugliness in all of its check-yourself glory. Because what the hell is wrong with me that makes me love these sorts of shows? What does it mean if, in my real life I try to empower, but seek out petty cattiness when it comes to entertainment? Even as I pulled quotes about this contradiction, patting my feminist back and nodding to myself, I still loved the conflict. *clutches BAD FEMINIST and rereads chapters about loving the things we "shouldn't" while contemplating life choices* 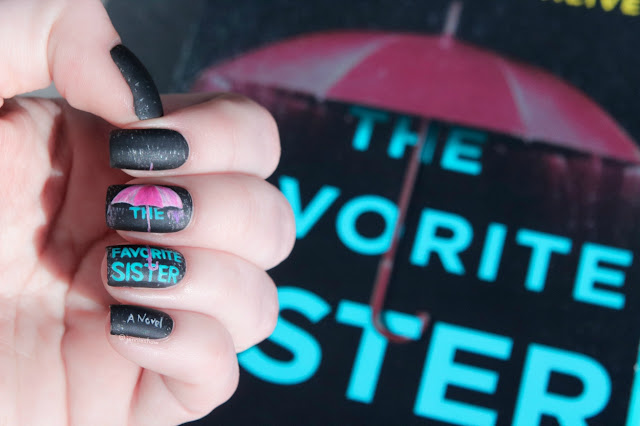 So look, this book is phenomenal. It's like a blooming onion that satisfied my gossipy and philosophical cravings, each layer more delicious than the last. Nobody’s an innocent bystander in THE FAVORITE SISTER, and while the novel began with Brett already dead, getting to the how and why was the real story, and a fascinating one at that. Jessica Knoll's sharp and smart writing (plus the most perfect pop culture references, including a Canadian one that made me laugh out loud) confirms her seat at the powerhouse table and I can't wait to see what she writes next.