review and cover mani: the map of salt and stars

THE MAP OF SALT AND STARS had a profound effect on me. I spent almost a week reading it (half of my usual pace), and needed time after I finished to collect my thoughts. I’m still not sure that anything I write will do this gem justice, but I’m sure as heck going to try. 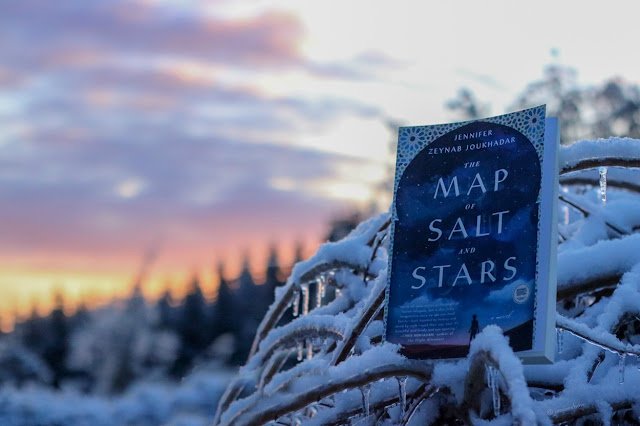 This rich, moving, and lyrical debut novel is to Syria what The Kite Runner was to Afghanistan; the story of two girls living eight hundred years apart—a modern-day Syrian refugee seeking safety and a medieval adventurer apprenticed to a legendary mapmaker—places today’s headlines in the sweep of history, where the pain of exile and the triumph of courage echo again and again.

It is the summer of 2011, and Nour has just lost her father to cancer. Her mother, a cartographer who creates unusual, hand-painted maps, decides to move Nour and her sisters from New York City back to Syria to be closer to their family. But the country Nour’s mother once knew is changing, and it isn’t long before protests and shelling threaten their quiet Homs neighborhood. When a shell destroys Nour’s house and almost takes her life, she and her family are forced to choose: stay and risk more violence or flee as refugees across seven countries of the Middle East and North Africa in search of safety. As their journey becomes more and more challenging, Nour’s idea of home becomes a dream she struggles to remember and a hope she cannot live without.

More than eight hundred years earlier, Rawiya, sixteen and a widow’s daughter, knows she must do something to help her impoverished mother. Restless and longing to see the world, she leaves home to seek her fortune. Disguising herself as a boy named Rami, she becomes an apprentice to al-Idrisi, who has been commissioned by King Roger II of Sicily to create a map of the world. In his employ, Rawiya embarks on an epic journey across the Middle East and the north of Africa where she encounters ferocious mythical beasts, epic battles, and real historical figures.

A deep immersion into the richly varied cultures of the Middle East and North Africa, The Map of Salt and Stars follows the journeys of Nour and Rawiya as they travel along identical paths across the region eight hundred years apart, braving the unknown beside their companions as they are pulled by the promise of reaching home at last.

Fiction’s ability to create empathy in a reader is why I typically shy away from books that will make me cry. I read to be whisked away, sucked into fantasy worlds, or hunt for a killer, but every so often, a more meaningful sort of fiction catches my eye. With the war in Syria still raging, I'll admit that I’ve exercised my privilege in regards to staying abreast of developments. Not the most humane view and I know I’m not alone. Never ending news cycles create a sort of white noise where stories have a hard time being heard, and there’s a degree of separation that makes it all too easy to not pay attention. THE MAP OF SALT AND STARS closed that distance and placed me in the shoes of a girl named Nour as her home was bombed and her family, forced to flee. As expected, it was pretty devastating. 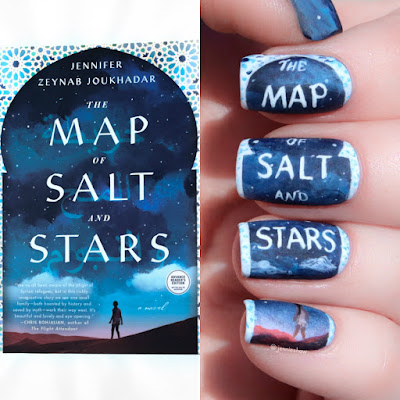 After the bombing, Nour and her family were forced to endure a brutal stream of devastating events. With no home, little money, and no certainty that they’d make it through, I had to force myself to keep reading because the bleakness felt overwhelming. And just when I thought things couldn’t get worse oh boy did they get worse. At one point, I wasn’t sure I could continue. Partly because my flood of tears made it impossible to focus on the page, but mostly because I was bombarded by thoughts about real life families who have faced (and/or are facing) similar circumstances. That isn't to say THE MAP OF SALT AND STARS was all encompassing (what single book can accomplish one hundred percent inclusion?), but Nour’s journey gave me a small snapshot of what the life of a displaced person could be like. 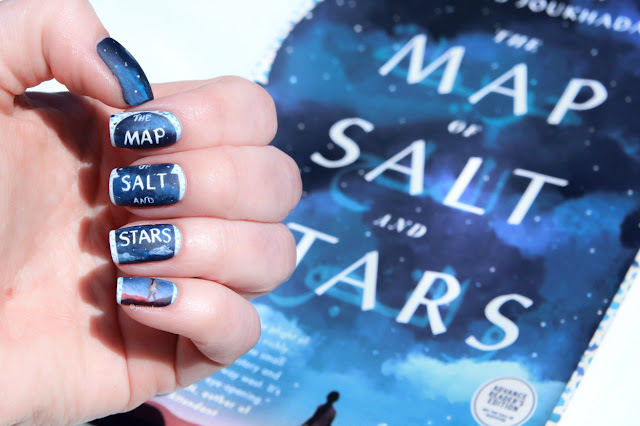 While Nour’s storyline pounded my heart with a mace, the second narrator, Rawiya offered a historical perspective on the Middle East and North Africa. Rawiya’s adventure of traveling with a mapmaker, where she disguised herself as a boy in order to be accepted (you go, girl!) eight hundred years earlier, had a magical quality to it. The lyrical prose and vibrant scenic descriptions stood in stark contrast to Nour’s world, offering some breathing room, and also traced parts of the region's rich history. Plus, there were mythical beasts, so no matter which narrative stood centre stage, I was hooked.

I’ve barely scratched the surface of this incomparable novel but if I included everything I loved, this review would be as long as the book itself. Technically YA, I believe that THE MAP OF SALT AND STARS is a must-read for everybody. As I said at the beginning, fiction has the ability to open our hearts and minds and that’s exactly the case here. Buy it, read it, share it, and repeat.

I took artistic liberties with this cover mani by simplifying the intricate tiled border and not painting the Arabic title underneath the English. I mean no disrespect. Painting in English is a challenge on its own and translucent Arabic was too intimidating.

OPI – I Am What I Amethyst, You Don't Know Jacques, My Twin Mimmy, Fearlessly Alice, Mod About You, and matte topcoat