review and cover mani: the book of m

THE BOOK OF M took me a few days to completely absorb. Lyrical and dark, I fell under the spell of Shepherd’s prose. Plus, the premise was fresh as hell and things got crazy. A rollercoaster ride for the mind and heart, there’s something for everyone in THE BOOK OF M. 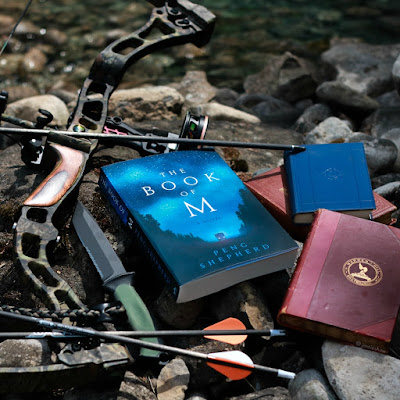 Set in a dangerous near future world, The Book of M tells the captivating story of a group of ordinary people caught in an extraordinary catastrophe who risk everything to save the ones they love. It is a sweeping debut that illuminates the power that memories have not only on the heart, but on the world itself.

One afternoon at an outdoor market in India, a man’s shadow disappears—an occurrence science cannot explain. He is only the first. The phenomenon spreads like a plague, and while those afflicted gain a strange new power, it comes at a horrible price: the loss of all their memories.

Ory and his wife Max have escaped the Forgetting so far by hiding in an abandoned hotel deep in the woods. Their new life feels almost normal, until one day Max’s shadow disappears too.

Knowing that the more she forgets, the more dangerous she will become to Ory, Max runs away. But Ory refuses to give up the time they have left together. Desperate to find Max before her memory disappears completely, he follows her trail across a perilous, unrecognizable world, braving the threat of roaming bandits, the call to a new war being waged on the ruins of the capital, and the rise of a sinister cult that worships the shadowless.

As they journey, each searches for answers: for Ory, about love, about survival, about hope; and for Max, about a new force growing in the south that may hold the cure.

Contemporary fantasy is one of my favourite genres because it stretches the world I’m already in. THE BOOK OF M was set in a recognizable future, where things were mostly the same-old, until shadows started disappearing—at first a seemingly innocuous occurrence that grew sinister when the person’s memories began to disappear in turn. With no medical explanation to verify why some shadows vanished while others remained firmly attached, every character was at risk. The constant worry of becoming shadowless served as a baseline for escalating tension. 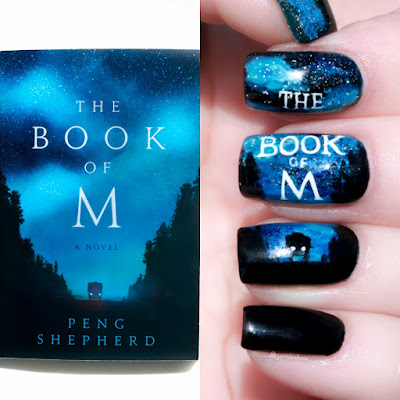 Beginning with two characters, Ory, who retained his shadow and Max, who’d just lost hers, provided two different points of view, although both perspectives were saturated with fear. Fear of losing the other, losing themselves, and general fear of the world at large, as it could no longer be relied upon for safety and security. Max’s quest led her south, as a persistent rumour stated there could be a man with a cure, while Ory longed to find Max before she forgot him. On their respective ways, old friends reemerged, new friends were made, and oh what an adventure they had. Ory and Max had no choice but to press on, no matter what obstacle lay in their path. Whether over or under, fight or surrender, they kept going, and the further they got, the more they had to risk—another opportunity for agonizing tension that Shepherd used to its full potential. 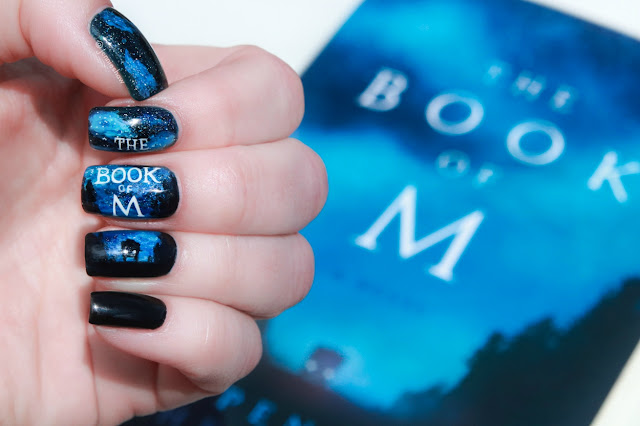 Supporting characters also played vital roles in THE BOOK OF M, each with their own specific objectives. Depending on the time, they would either help or hinder Ory and Max and as a reader, I never knew which way it would fall. A few other narrators made an appearance, but I won’t spoil who they were. Their combination with Ory and Max tackled the shadow/less phenomenon from all angles, leaving no aspect from the fallout of memory loss unexplored. Heartwarming and heartbreaking with an overall sinister vibe, THE BOOK OF M was as much about the characters as the plot, which made for a thoroughly immersive reading experience.

OPI – Give Me Space