review and cover mani: the outsider

I have several major fears, and much to my (evil) imagination’s delight, two of them appeared in THE OUTSIDER. I won’t share which fears they were, but let’s just say that I was extra vigilant to close curtains, lock doors, and do a full sweep of our house before heading to bed…where I’d toss and turn, worried that I was about to get murdered. Yay? Haha, of course it’s a yay, even when I’m huddled under the covers, attached to my husband like a spider monkey because there’s a strange shadow in the hallway. You’ve likely seen the cover by now, so I’m sure you can sympathize why this particular novel hit my scardy-cat nerves. (Note: shadows in a hallway aren’t one of my major fears, so there are still two more terrifying ones in attendance.) 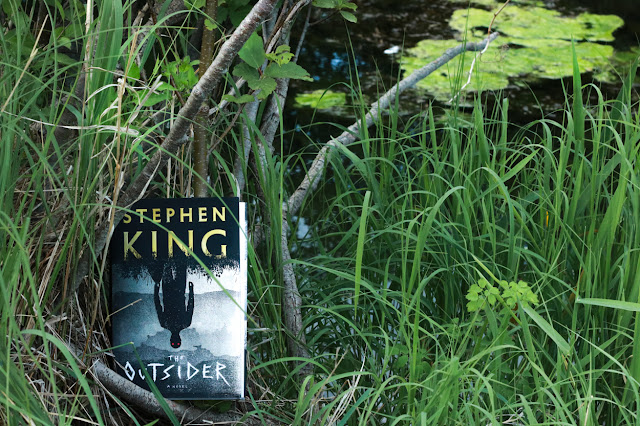 From #1 New York Times bestseller Stephen King, whose brand has never been stronger, comes one of his most propulsive and unsettling stories ever.

An eleven-year-old boy is found in a town park, hideously assaulted and murdered. The fingerprints (and later DNA) are unmistakably those of the town’s most popular baseball coach, Terry Maitland, a man of impeccable reputation, with a wife and two daughters. Detective Ralph Anderson, whose son Maitland coached, orders an immediate and public arrest. Maitland is taken to jail, his claim to innocence scorned. Maitland has a foolproof alibi, with footage to prove that he was in another city when the crime was committed. But that doesn't save him either.

King constructs a propulsive plot, and a race against time to uncover the identity of a terrifying and diabolical killer who has left victims—and “perpetrators”—across the country, and who is on his way to his next horrific act.

King’s psychological suspense is at its most riveting in this extraordinarily dramatic and eerie story. He is devastatingly vivid on the experience of being falsely blamed—the effect on the accused, the spouse, the children; the suspicion of friends, even the most loyal; the impossibility of ever being innocent again (if you are lucky enough to live). He is also masterful at showing us that supernatural monsters are startlingly like human beings who do monstrous things.

Before digging into THE OUTSIDER, I caught Stephen King on Colbert, where he spoke about the inspiration for his latest novel: the idea that everybody has a twin. As expected, King took that premise and injected a healthy dose of horror. The result was a book that had me questioning what I would do when confronted with a fact that’s 100% true and simultaneously 100% false. I read enough fantasy/paranomal to be confident that I’d accept (and be psyched by) a supernatural sort of explanation, because some situations can’t be explained in traditional reality. For others, it’s not that easy (which is a testament to why reading fiction is awesome). Believing in the unbelievable requires a certain degree of willing openness and not everyone can suspend their disbelief, as the acknowledgement of the fantastical can launch a person into an existential crisis. That was the case for Ralph Anderson, a police officer who struggled to make sense of Terry Maitland’s ability to be in two places at the same time. Watching Ralph grapple with the process of seeing the truth in a sweeping grey-scale instead of black and white, was psychological suspense at its best. 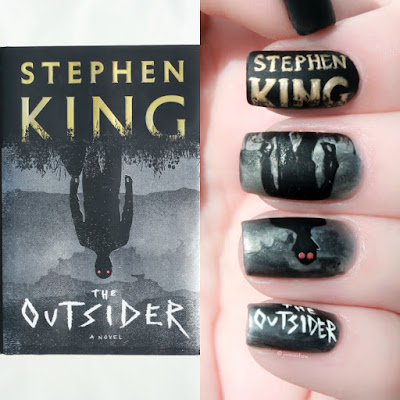 Jacket design and artwork by Will Staehle/Unusual Corporation

Alongside the primary plot of “what the hell is going on,” King delved into the fallout of being accused of a horrific crime in a small community. Each perspective was given a chance to shine: Terry, his wife, kids, and legal team, which gave a 360°view of this horrible situation. When faith is broken, it’s all too easy to turn your back on people who’d been your friends only a minute earlier, but what happens when one is too quick to judge? Universal themes with a side of terror are where the King shines, and the way he traced the ripple effect provided a grounded and realistic base to the story. 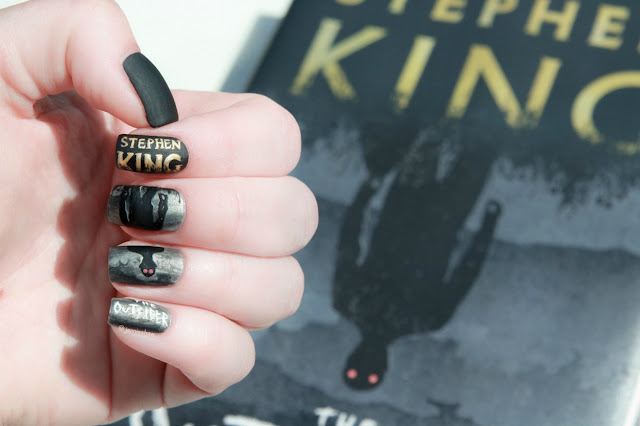 The last line of the back jacket, “He is also masterful at showing us that supernatural monsters are startlingly like human beings who do monstrous things,” is the best one-line description of THE OUTSIDERS, so reader beware: you will be freaked the freak out, and not just by the paranormal elements. With King’s trademark, engaging writing and creepy vibes to the extreme, if you’re in the mood to not sleep for several days, THE OUTSIDER is the book for you!