review and cover mani: give me your hand

Covers with some element of fire always pique my interest, so the second I saw GIVE ME YOUR HAND, my eyes turned into hearts. Then I read the description and was all: YES! I'll take science nerds all day! Ambitious, smart women are the sort of characters I can spend infinite amounts of time with, and adding in a dark secret with destructive consequences made it a done deal. Because I'm all about the destructive consequences haha! 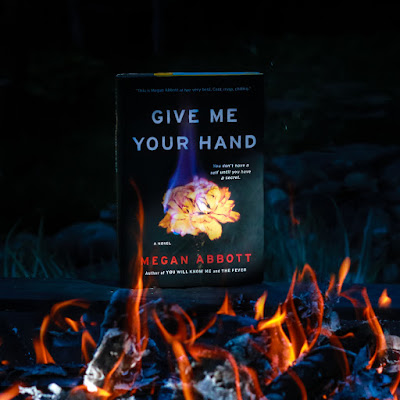 The back jacket, from goodreads:

Kit Owens harbored only modest ambitions for herself when the mysterious Diane Fleming appeared in her high school chemistry class. But Diane's academic brilliance lit a fire in Kit, and the two developed an unlikely friendship. Until Diane shared a secret that changed everything between them.

More than a decade later, Kit thinks she's put Diane behind her forever and she's begun to fulfill the scientific dreams Diane awakened in her. But the past comes roaring back when she discovers that Diane is her competition for a position both women covet, taking part in groundbreaking new research led by their idol. Soon enough, the two former friends find themselves locked in a dangerous game of cat-and-mouse that threatens to destroy them both.

GIVE ME YOUR HAND was a fascinating reading experience. Mostly because I was tricked by Megan Abbott. I gravitate towards more plot-based novels, as their pace tends to be quicker, but still enjoy a good psychological thriller as long as I know that’s the deal before starting. With that in mind, the first fifty pages of GIVE ME YOUR HAND primarily set the scene and outlined the beginning of Kit and Diane's somewhat toxic friendship in high school. I was interested, but not overly invested. Then, suddenly, my neck was sore, my limbs stiff from sitting in the same position for too long, and I was well over the halfway point, glued to the page. Literary sorcery, I tell you! I don’t even remember any specific point where it changed. One second I was only sort of connected and the next, I was flying through pages and gasping with surprise during a series of OMG MOMENTS where things got mental. Yes, all caps, bold and italic in the same sentence are 100% necessary. In retrospect, I shouldn’t have doubted Abbott’s ability to write a psychological thriller that tunneled into the recesses of warped minds and also embraced plot. I mean, she’s Megan Abbott. 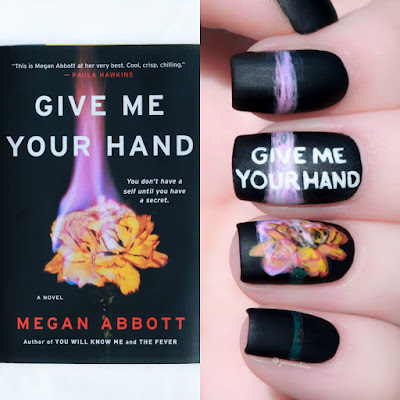 Along with being a psychological thriller, emphasis on the thriller, GIVE ME YOUR HAND was unapologetically feminist—my favourite sort of feminist. From Diane and Kit, the research topic pioneered by their badass idol, and said badass idol herself, women were front and center. Abbott also touched on a universal female experience: the belief there’s only room for one woman at the top—that if another woman succeeds it means no others can. In the university lab Kit worked in, she and her peers assumed that of three available positions, only one could be for female researcher, which had me nodding my head while also seething. Because why is that? And the research topic of PMDD, a completely understudied area because the medical community doesn’t take women’s pain seriously while erectile dysfunction has been studied ad nauseam—a condition that has no pain, by the way—also had me rolling my eyes and harbouring not-positive feelings about society. I guess what I’m saying is that GIVE ME YOUR HAND fired me up, which meant that I cheered on Kit and Diane with extra-large pom poms, even when they were doing terrible things. Because when everything a person has worked towards is threatened, the stakes can't be higher. In the case for Kit and Diane, each had too much to lose and I held on for the bananas sequence of events that forced them to decide how far they were willing to go. Non spoiler alert: it was pretty darn far. 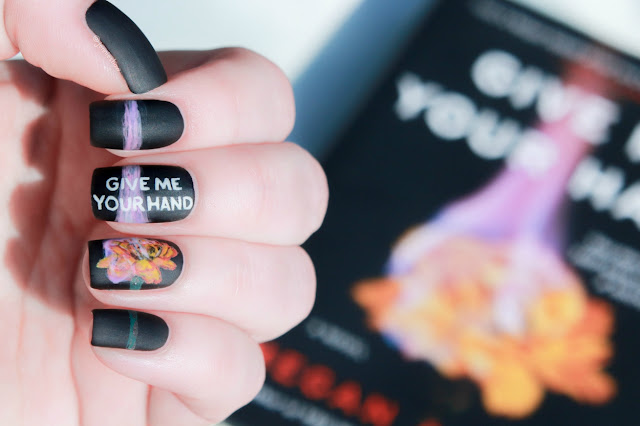 So if you’re in the mood for well fleshed out, fierce, and brilliant female characters who don’t always make the most moral decisions and therefore pay the price (*cackles*), then make sure you get your big sexy brain to a bookstore tomorrow, because GIVE ME YOUR HAND hits shelves July 17th!

Big thanks to book sparks for a finished copy!

As an extra bonus, book sparks has generously offered a copy to a lucky reader! Head on over to my Instagram account to enter. Open to US and Canadian mailing addresses. 😊

China Glaze – Bottoms Up, Boujee Board, Sun Worshiper, and Plur-Ple

OPI – Stay Off the Lawn, In My Back Pocket, A Good Man-Darin Is Hard to Find, Need Sunglasses, My Private Jet, and matte topcoat