review and cover mani: in her bones

IN HER BONES was a thriller that featured a dynamic protagonist who leaned towards unlikable and absolutely captivated me. Not being able to read the book in one sitting was a major irritant, because I was all-in with Edie’s decision-making process, and her execution of said process. Because whoa, friends. Just, whoa. 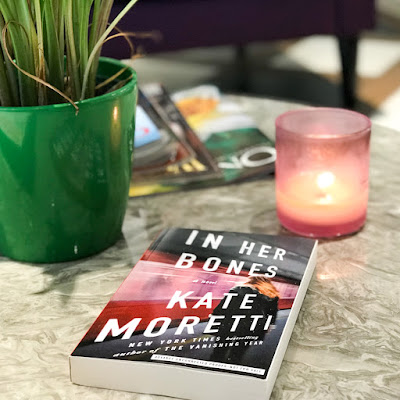 New York Times bestselling author Kate Moretti’s next “exceptional…emotionally astute, [and] deliciously sinister” (Kirkus Reviews, starred review) thriller follows the daughter of a convicted serial killer who finds herself at the center of a murder investigation.

Fifteen years ago, Lilith Wade was arrested for the brutal murder of six women. After a death row conviction, media frenzy, and the release of an unauthorized biography, her thirty-year-old daughter Edie Beckett is just trying to survive out of the spotlight. She’s a recovering alcoholic with a dead-end city job and an unhealthy codependent relationship with her brother.

Edie also has a disturbing secret: a growing obsession with the families of Lilith’s victims. She’s desperate to see how they’ve managed—or failed—to move on. While her escalating fixation is a problem, she’s careful to keep her distance. That is, until she crosses a line and a man is found murdered.

Edie quickly becomes the prime suspect—and while she can’t remember everything that happened the night of the murder, she’d surely remember killing someone. With the detective who arrested her mother hot on her trail, Edie goes into hiding. She’s must get to the truth of what happened that night before the police—or the real killer—find her.

Unless, of course, she has more in common with her mother than she’s willing to admit…

Perfect for fans of Ruth Ware, In Her Bones features Moretti’s “riveting and insightful” (Megan Miranda, New York Times bestselling author) prose and “chillingly satisfying” (Publishers Weekly) twists, and will leave you questioning the nature of guilt, obsession, and the toxicity of familial ties.


There’s a fine line between obsession and addiction and in the case of Edie Beckett, the line was so blurred, it basically didn’t exist. She committed full-force to tracking down the families of her mother’s victims, and did so in an astoundingly thorough manner. Yes, she had some insider access to information at her job, but for the most part, Edie used resources available to regular civilians. Cautious in the majority of other areas, Edie seemed most at ease while researching the fallout of her mother’s crimes, although it could be argued that her proficiency in adapting to toxic environments, whether they be physical locations or her few personal relationships, hurt Edie as much as helping her. I love a complicated, guarded, wicked smart female lead, and Edie fulfilled all of my prickly protagonist dreams. Also, if I had to go on the run, I’d want Edie by my side. Like, she could teach a class at the Learning Annex on how to evade law enforcement, and possessed another impressive talent that legit had me nodding in admiration. So, so good!! 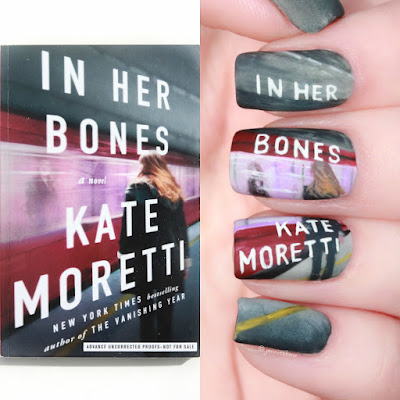 The external plot had two mysteries that unfolded together: who killed the man connected to Edie and who wrote an unauthorized book about Lilith Wade. So while Edie ducked and dodged her way around the city streets, she began to wonder if they were somehow connected—if her mother’s past was responsible for her current situation, which in turn forced Edie to look at her childhood for clues. Getting a taste of what it could be like to be raised by a serial killer rounded out Edie’s sharper edges, although to be frank, I liked her edges pointy.

I would also like to note that Moretti’s choice on where Edie hid from the police disturbed me on another level. This wasn’t a Motel 6 kind of deal, or crashing on a friend’s couch. Oh no. Edie was forced to get down and dirty. Literally. One particular location will haunt me forever. *shudders* So basically, Moretti used everything at her disposal to create a threatening sort of ambiance, possibly mirroring where Edie found herself on an emotional level. That or Moretti just wanted to make me squirm, it really could go either way haha! It was refreshing to see an element that could’ve been the same-old flipped around and used as another obstacle for Edie to overcome. And perhaps require a tetanus shot. Does anyone else feel itchy? No? Just wait until you start reading. 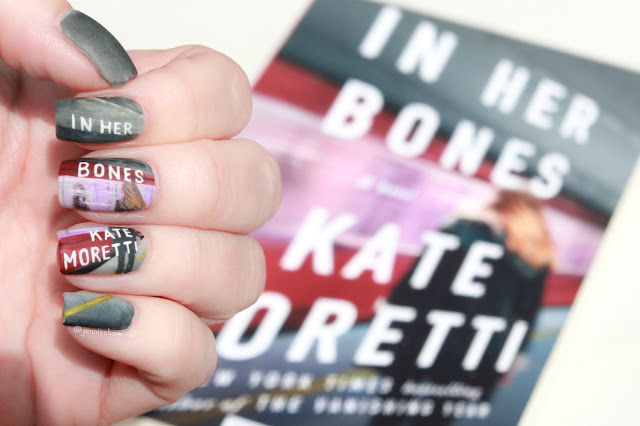 With intricate character development and sinister execution, IN HER BONES is another feather in Kate Moretti’s fedora of suspense. Writing unpredictable behavior that’s completely on-brand for a character, yet still surprising, is a delicate process and Moretti succeeded not only with Edie, but the rest of the cast as well. IN HER BONES hits shelves September 4th so there's still time to preorder!! Because for real, you need to read this book!