review and cover mani: our house

OUR HOUSE straddled a couple of genres, but leaned heavily into domestic suspense. I needed a few chapters to settle into the format of a podcast, “word document,” and present time, but soon afterwards, I fell face first into this bananapants plot. Because just like my most favourite of novels, just when I thought it couldn’t get any crazier, Candlish cocked an eyebrow and asked me to hold her beer. 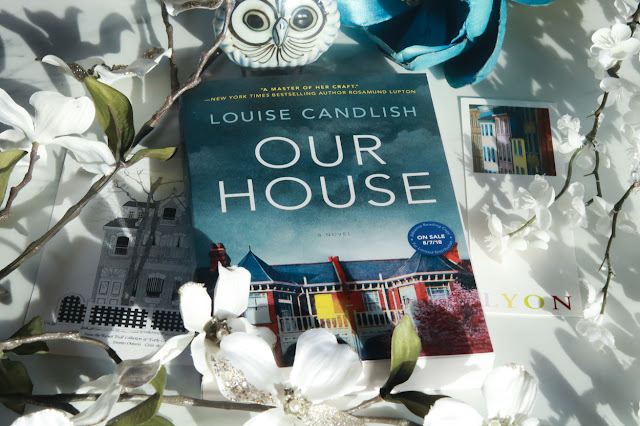 On a bright January morning in the London suburbs, a family moves into the house they’ve just bought in Trinity Avenue.

Nothing strange about that. Except it is your house. And you didn’t sell it.

When Fiona Lawson comes home to find strangers moving into her house, she's sure there's been a mistake. She and her estranged husband, Bram, have a modern co-parenting arrangement: bird's nest custody, where each parent spends a few nights a week with their two sons at the prized family home to maintain stability for their children. But the system built to protect their family ends up putting them in terrible jeopardy. In a domino effect of crimes and misdemeanors, the nest comes tumbling down.

Now Bram has disappeared and so have Fiona's children. As events spiral well beyond her control, Fiona will discover just how many lies her husband was weaving and how little they truly knew each other. But Bram's not the only one with things to hide, and some secrets are best kept to oneself, safe as houses.

The crescendo of insanity started with the bird’s nest custody agreement. Now, I’m not a parent and should probably refrain from judging (haha like that'll stop me), but the concept seemed like a homicide waiting to happen. If I were sharing a house and an apartment with my ex-spouse who cheated on me, it wouldn't matter that we'd physically never be in the same place at the same time. Sharing a living space, despite a rotation, is still an intimate experience and it’d only be a matter of time until one empty milk carton in a fridge cracked the best of my intentions, leading to the bleaching of his clothes, swiftly followed by a stabbing. But here’s where Candlish shone, because despite this custody arrangement that appeared naïve to an outsider, Fiona’s reasoning was broken down into reasonable, digestible parts. Parts that, once stuck together with optimistic glue, came across as plausible. It’s such a challenge to write first person and not navel gaze, and Candlish provided a perfect amount of context to show that Fiona was a contemplative person (perhaps a control freak) whose decisions were always well thought out. So even when I didn’t agree with Fiona’s point of view, I understood it. 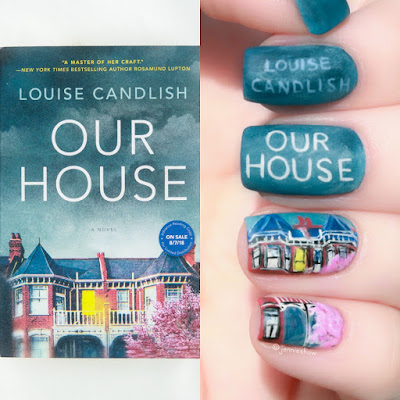 While Fiona was busy winning Most Chill Cheated-On Spouse, Bram's POV via a word document after-the-fact, began to chart the map he used to sail into a tsunami of bad decisions. One after the other, Bram revealed his degrees of betrayal and Candlish expertly dissected his ego-centric rationalizations, getting down to the core reason he behaved the way he did. I don’t think many would disagree that Bram suffered from entitlement syndrome and thusly, he wasn’t equipped to cope with a situation that spiraled out of his control. Also, he was kind of an idiot, which consistently accelerated his own demise. But groaning, and occasionally laughing, at just how much worse Bram managed to make his problems, added some extra pep to the madness. There’s nothing I like more than saying “Oh my god you DUMMY,” when reading a domestic suspense haha! 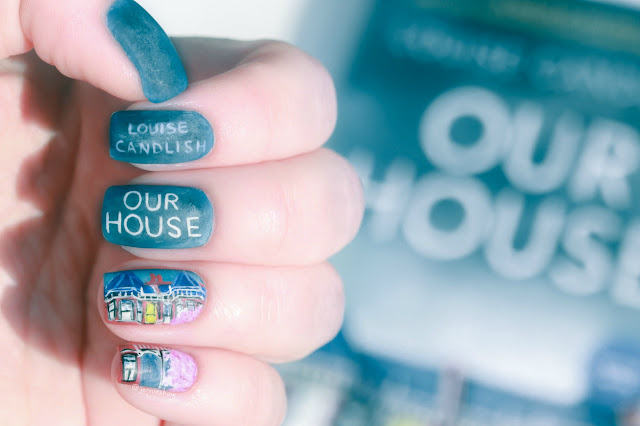 Another element I really liked was the inclusion of social media comments. Fiona’s POV was told through a podcast and in typical social media comment form, they included off-topic remarks, humour, and disbelief. I got quite a few chuckles from those Tweets. There were a few components I wished were summed up in the same manner as Fiona and Bram’s explanations, but the rhythmic and eloquent prose, strong character development, and truly bananpants plot more than made up for it. Delivering the story in three methods, two after the fact and then a real-time perspective when Fiona first arrived at her home to find a different family moving in kept the tension going, once I got into the groove. If you’re a fan of suspenseful novels that leave your mouth agape, you need to read OUR HOUSE!

Big thanks to Berkley for an ARC!

OPI – Dating A Royal, You Don’t Know Jacques, Kiss Me On My Tulips, A Good Man-Darin Is Hard To Find, and matte topcoat