review and cover mani: pieces of her

I love Karin Slaughter's books. Whatever she writes, I’ll read. Forever. Her novels are always a crazy ride with more twists than a Tilt-a-whirl, and characters who are seriously adept at keeping secrets. Basically, they’re a fiction extravaganza and in PIECES OF HER, Slaughter proved yet again that she’s got major storytelling game. 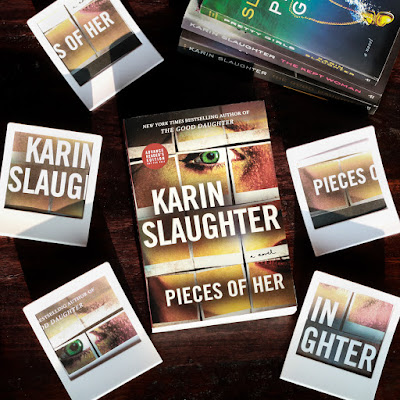 What if the person you thought you knew best turns out to be someone you never knew at all . . . ?

But all that changes when a trip to the mall explodes into violence and Andrea suddenly sees a completely different side to Laura. Because it turns out that before Laura was Laura, she was someone completely different. For nearly thirty years she’s been hiding from her previous identity, lying low in the hope that no one would ever find her. But now she’s been exposed, and nothing will ever be the same again.

The police want answers and Laura’s innocence is on the line, but she won’t speak to anyone, including her own daughter. Andrea is on a desperate journey following the breadcrumb trail of her mother’s past. And if she can’t uncover the secrets hidden there, there may be no future for either one of them. . . .

PIECES OF HER opened with a bang. Literally. One second, everything was normal—mundane even—with Andrea and her mother Laura at a mall, but the next, total madness erupted after a man barged in and started shooting. The mix of grounded scenes and extraordinary ones gave the plot a boost in the sinister department, because there’s nothing more terrifying than realistic craziness—the idea that anything can happen at any time. In those moments, baser instincts kick in, so I totally understood why Andrea was ten types of whiskey tango foxtrot regarding her mother’s reaction to the shooter. Because for real, it was crazy. 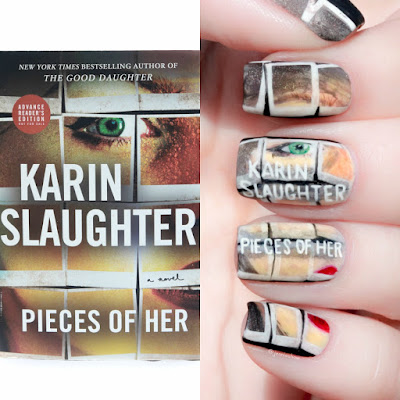 So, this may sound strange, because PIECES OF HER had two feet firmly in thriller-land, but an unexpected theme emerged for me: love. Love for family, children, romantic versus toxic, and how all of the above can either cloud judgment or make it crystal clear. Laura and Andrea each experienced conflicting sorts of love, which tugged their hearts in different directions and also explained their more questionable actions. Throughout PIECES OF HER, the women were bombarded with hard choices, both in the present and the past, that tested how far they would go. Complicated motivations increased internal tension while the external circumstances never let up, and there were times the mother and daughter duo felt like they were being torn into pieces (chuckle), unable to fully satisfy their wants and needs. There were no perfect decisions. Each move had a consequence, a price to pay, and it turned out there was no price too great if it meant protecting the other.  *cue feelings* 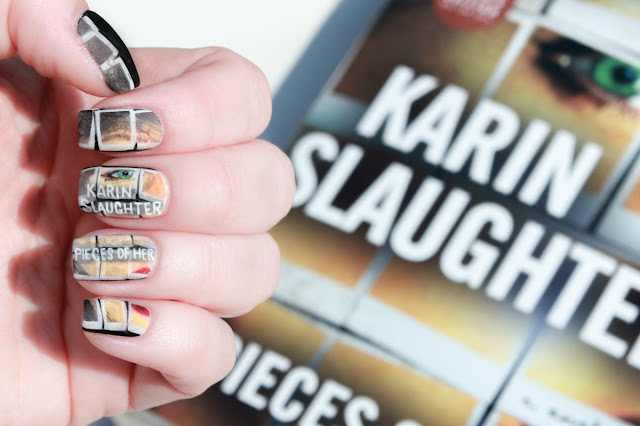 A different sort of Karin Slaughter, meaning milder violent scenes and therefore no nightmares (yay!), PIECES OF HER delivered a thriller with the heart of a character study. Laura’s bananas past acted like the Energizer Bunny of not-awesome decisions (evil cackle) and Andrea’s more timid personality was put to the ultimate test (sequel evil cackle). I’m enjoying this direction of deep character dives and remain a loyal member of the Slaughter Squad. Five stars, legit.

OPI – Dulce de Leche, You Don’t Know Jacques, Malaga Wine, In My Back Pocket, A Good Man-Darin Is Hard to Find, My Private Jet, and matte topcoat