review and cover mani: the house of one thousand eyes

When I first heard of THE HOUSE OF ONE THOUSAND EYES, it sounded like a great dystopian read. Upon closer inspection, I discovered it was actually historical fiction set behind the Berlin Wall, so tomato to-mah-to? With strong 1984 vibes that hit close to home *glances south* this novel started small and then stretched into a high-stakes, tension-packed reading experience. 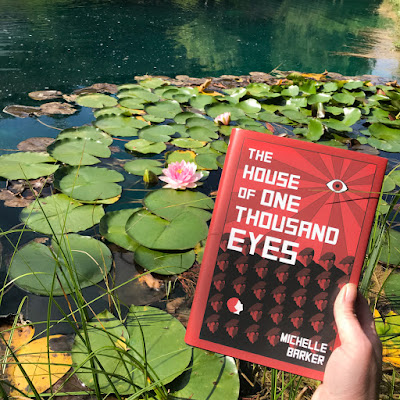 Who can Lena trust to help her find out the truth? Life in East Germany in the early 1980s is not easy for most people, but for Lena, it’s particularly hard. After the death of her parents in a factory explosion and time spent in a psychiatric hospital recovering from the trauma, she is sent to live with her stern aunt, a devoted member of the ruling Communist Party. Visits with her beloved Uncle Erich, a best-selling author, are her only respite. But one night, her uncle disappears without a trace. Gone also are all his belongings, his books, and even his birth records. Lena is desperate to know what happened to him, but it’s as if he never existed. The worst thing, however, is that she cannot discuss her uncle or her attempts to find him with anyone, not even her best friends. There are government spies everywhere. But Lena is unafraid and refuses to give up her search, regardless of the consequences. This searing novel about defiance, courage, and determination takes readers into the chilling world of a society ruled by autocratic despots, where nothing is what it seems.

Paranoia touched every character in THE HOUSE OF ONE THOUSAND EYES, as the Stasi didn’t mess around when it came to dissent. Even the wisp of a critique towards the government could send someone to a blank space on the map, or spurn a vicious rumour to isolate the one who'd complained, along with any other number of reprimands. Knowing that up front immediately created pressure, because nobody could be trusted. Lena, however, found herself in a unique situation. Thanks to her stay in a psychiatric hospital, Lena was granted a certain degree of invisibility, which she used to her advantage once her Uncle went missing. 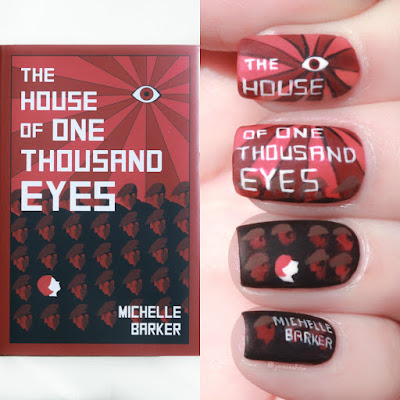 I found myself connecting to Lena early on, sympathizing with the restrictive nature of her daily routine. Her imagination struck me as a barely used muscle, because the Stasi encouraged dreaming just as much as they encouraged freedom of thought. Meaning, not at all. But Erich did. He cared about Lena’s opinions and encouraged her to think outside the box. So when he disappeared—the only person who Lena felt seen by—I understood why she’d risk her safety and the safety of her Aunt. Understanding her motivations didn’t stop a rush of fear from hitting me in the heart, though. One wrong move would earn Lena a one-way ticket back to the asylum (or worse), and that threat made even small scenes feel tense. More than once, I noticed my eyes flicking around the room as if I were the one who could be overheard. Overcome with the need for Lena to be okay, I’d have to stop myself from skimming pages during her subterfuge efforts—the true mark of me being invested. 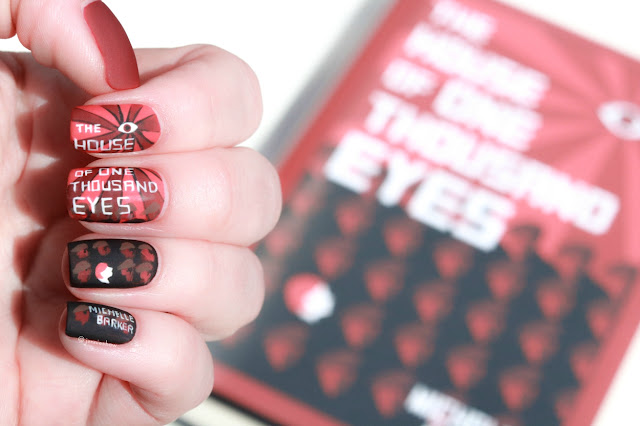 The pace did meander at times, and I would’ve appreciated a smoother blend of the secondary storylines, but the dollop of romance gave Lena more room to grow, and the ending had me tipping my hat to Michelle Barker. If you’re into historical YA or dystopian-like novels with a protagonist who’ll bring out your protective side, make sure you pick up THE HOUSE OF ONE THOUSAND EYES!

Big thanks to Annick Press for a finished copy!