WOMEN TALKING was a hard read. The premise certainly covered the subject matter, but the delivery—the exquisite composition—had me bouncing from reader-sinking-into-the-story to rage-filled-reader-who-needs-a-cocktail. Clocking in at a little over 200 pages, I should have been able to read WOMEN TALKING in one sitting, but had to break it up because of the fury. Let me explain. 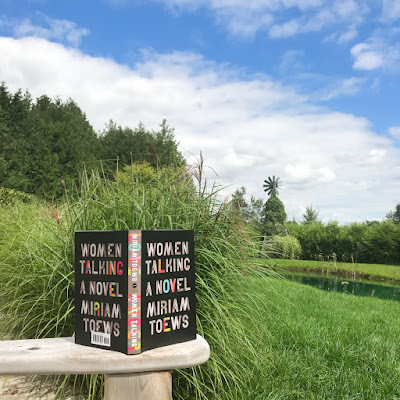 Between 2005 and 2009, in a remote religious Mennonite colony, over a hundred girls and women were knocked unconscious and raped, often repeatedly, by what many thought were ghosts or demons, as a punishment for their sins. As the women tentatively began to share the details of the attacks-waking up sore and bleeding and not understanding why their stories were chalked up to 'wild female imagination.'

Women Talking is an imagined response to these real events. Eight women, all illiterate, without any knowledge of the world outside their colony and unable even to speak the language of the country they live in, meet secretly in a hayloft with the intention of making a decision about how to protect themselves and their daughters from future harm. They have two days to make a plan, while the men of the colony are away in the city attempting to raise enough money to bail out the rapists (not ghosts as it turns out but local men) and bring them home.

I like reading fiction because it creates a certain degree of detachment. When terrible things happen to characters I care about, I feel sympathy to a degree, but the details don’t burrow into my soul. Fiction based on true events can be trickier because I can’t stop myself from remembering the real world origins. In the case of WOMEN TALKING, the whole reason these women were in a hayloft had actually happened, which meant that I often found myself putting the book down in order to seethe and start prepping signs for the next women’s march. 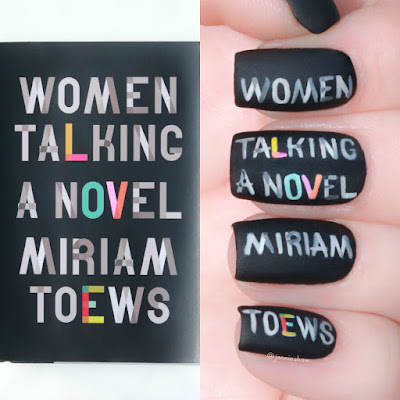 Going sideways for a moment, the jacket cover for WOMEN TALKING has a special feature. On the front cover, coloured letters spell out “Love” while on the back, letters spell our “Anger.” As my anger rose to the surface quickly, I questioned where the love component could possibly come into play, but sure enough, it did, first and foremost with the women themselves. The meetings were transcribed (and therefore narrated) by August, a teacher with low social standing, and his voice did an excellent job at describing the women’s pragmatic and contemplative approach on deciding how to best protect themselves. How love for family, community, and God, weighed on their hearts.

The pacifist nature of the Mennonite faith expanded the conversation in a direction that wouldn’t have occurred to me, and the focus on forgiveness challenged my anger-only stance. The women couldn’t just dismiss the idea of forgiveness for (imo) an unforgiveable act, and in their closed society that had no education or rights for women, open wife battery and corporal punishment, an expectation of obedience from any man over the age of fifteen, each woman still had the courage to come together and make a decision that best served themselves. Within forty-eight hours no less, and yet nobody was rushed or talked over. Opinions were respected and when tempers flared, the women would pause to sing in collective harmony (literally), whisper soothing words to those in distress, or otherwise calm the room. The kindness was humbling and thinking about them right now is making me tear up. Honestly, my admiration knew no bounds and I found myself getting fiercely protective, which is why upon mention of the reason behind their gathering, often delivered in a matter-of-fact and brief graphic statement, my stabby instincts would return and I’d have to take a break. 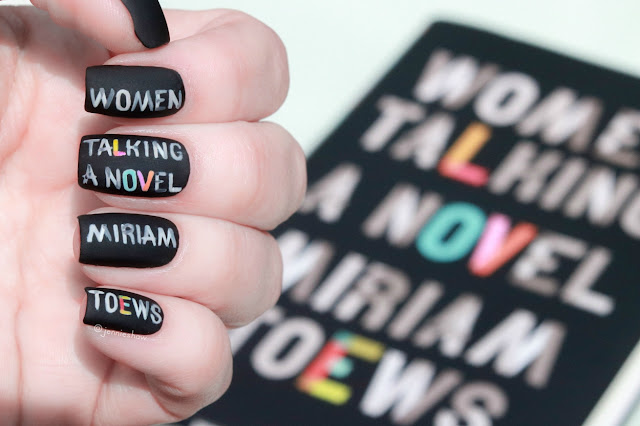 In sum, this book was way smart. So smart that writing this review has been a challenge, as I’m the sort of blogger who leans toward a peppier style with fun descriptions like bananapants and holy cannoli, none of which were appropriate for WOMEN TALKING. My attachment to the characters, the handful of subplots that danced alongside the primary issue, the way Toews braided forgiveness, anger, faith, and love—what they mean together and alone—within the context of an extreme patriarchal community, joined forces for a powerful reading experience. Five stars plus a million stars, for a total of one million and five stars.

China Glaze – Dance Baby, Don’t Be Sea Salty, At Your Athleisure, Kiki In Our Tiki, Wait N’ Sea, Trip of a Lime Time, Change Your Altitude

OPI – In My Back Pocket, Need Sunglasses, and matte topcoat