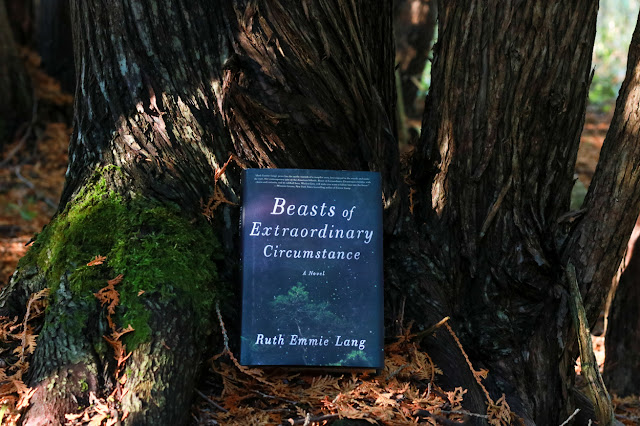 Orphaned, raised by wolves, and the proud owner of a horned pig named Merlin, Weylyn Grey knew he wasn’t like other people. But when he single-handedly stopped that tornado on a stormy Christmas day in Oklahoma, he realized just how different he actually was.

That tornado was the first of many strange events that seem to follow Weylyn from town to town, although he doesn’t like to take credit. As amazing as these powers may appear, they tend to manifest themselves at inopportune times and places. From freak storms to trees that appear to grow over night, Weylyn’s unique abilities are a curiosity at best and at worst, a danger to himself and the woman he loves. But Mary doesn’t care. Since Weylyn saved her from an angry wolf on her eleventh birthday, she’s known that a relationship with him isn’t without its risks, but as anyone who’s met Weylyn will tell you, once he wanders into your life, you’ll wish he’d never leave.

Beasts of Extraordinary Circumstance tells the story of Weylyn Grey’s life from the perspectives of the people who knew him, loved him, and even a few who thought he was just plain weird. Although he doesn’t stay in any of their lives for long, he leaves each of them with a story to tell. Stories about a boy who lives with wolves, great storms that evaporate into thin air, fireflies that make phosphorescent honey, and a house filled with spider webs and the strange man who inhabits it.

There is one story, however, that Weylyn wishes he could change: his own. But first he has to muster enough courage to knock on Mary’s front door.

In this warm debut novel, Ruth Emmie Lang teaches us about adventure and love in a beautifully written story full of nature and wonder.

BEASTS OF EXTRAORDINARY CIRCUMSTANCE reminded me a lot of Forrest Gump, only with the addition of magic and fewer trips to the White House. I’ll admit that landed this book the heartwarming side, not my usual cup of tea, but I’d heard great things and wanted to give it a try. Also, I’m a sucker for magic anything, so off I went.

Along with the magical aspect, Weylyn’s uniqueness included the effect he had on others, which explained the story’s somewhat unconventional narration from characters around Weylyn, instead of through Weylyn’s POV. That decision, for me, proved to be the standout of BEASTS. Had the narrative come from Weylyn himself, I wouldn’t have been able to connect to him. Because for real, nobody has that pure of a soul. But instead of rolling my eyes and putting BEASTS down in lieu of something more murder-y, keeping the narration from those who knew him allowed me to become strongly attached to Weylyn. A little too strongly, actually. 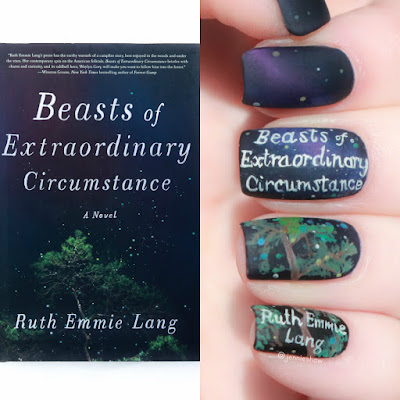 At some point in the first twenty percent or so, although I truly can’t identify the precise moment, I noticed a terrible sensation in the middle of my chest. A constriction of sorts, followed by an increase in my pulse, and it took me a second to realize that it was paralyzing worry. The melancholy vibe in BEASTS told me that Weylyn had a world of hurt in his future where he’d be let down, his truest wish of belonging never fully manifesting, and I wasn’t sure I could continue. Give me a crime thriller any day over a sweet and sad story about a perpetually misunderstood boy who longs for love and acceptance because DEAR GOD WHY ARE PEOPLE THE WORST? WHEN WILL HE FINALLY GET WHAT HE NEEDS? WHY AM I FEELING ALL OF THESE FEELINGS?!  I AM NOT EQUIPPED FOR THESE FEELINGS AHHHHHHHHH! 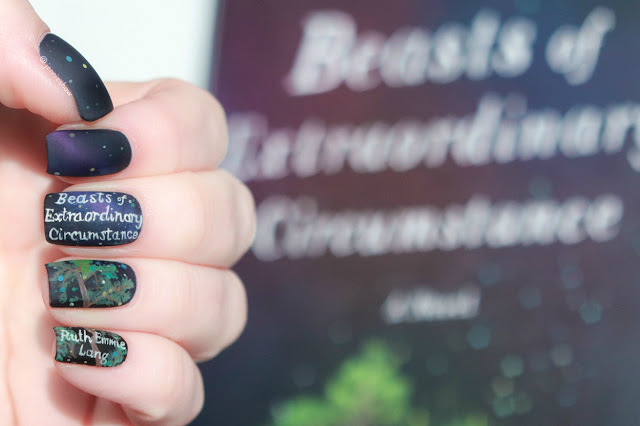 I honestly haven’t experienced that level of vulnerability while reading a novel, and waiting for each shoe to drop, whether it be somebody hurting Weylyn’s feelings, rejecting him, or being a straight up bully, meant that even when Weylyn was doing fine, I never stopped bracing myself for the next fall. Luckily (or strategically? *tips hat at Lang*) my extreme protectiveness of Weylyn was reflected in the characters who delivered each chapter, characters who saw Weylyn’s innocent nature for what it was and helped him as best they could. And, you know, the magical sweetness of fireflies making phosphorescent honey, storms vanishing in an instant, and other delightful unexplainable oddities didn’t hurt either. Plus, the writing’s lyrical quality included the sort of whimsical and detailed background stories found in fables, which elevated the overall story.

A solid four stars from me, BEASTS OF EXTRAORDINARY CIRCUMSTANCE is a fabulous choice if you’re in the mood for a quieter, more reflective sort of novel with magical quirks, and there’s also Merlin the horned pig, so this book really hit a lot of notes.

Big thanks to St. Martin’s Press for a finished copy!