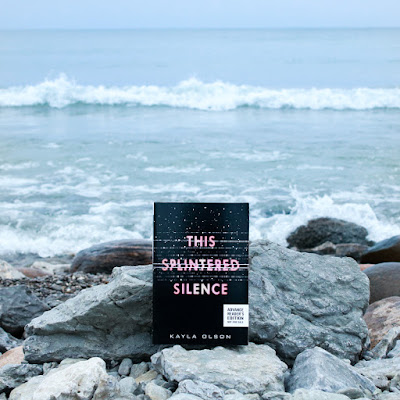 Lindley Hamilton has been the leader of the space station Lusca since every first-generation crew member on board, including her mother, the commander, were killed by a deadly virus.

Lindley always assumed she’d captain the Lusca one day, but she never thought that day would come so soon. And she never thought it would be like this—struggling to survive every day, learning how to keep the Lusca running, figuring out how to communicate with Earth, making sure they don’t run out of food.

When a member of the surviving second generation dies from symptoms that look just like the deadly virus, though, Lindley feels her world shrinking even smaller. The disease was supposed to be over; the second generation was supposed to be immune. But as more people die, Lindley must face the terrifying reality that either the virus has mutated or something worse is happening: one of their own is a killer.

I love books set in space. The zero gravity, threats of instant death from a myriad of sources, and extreme isolation are always an excellent setting for a thriller. In THIS SPLINTERED SILENCE, all three were present and accounted for, with additional obstacles including a deadly virus and a bunch of teenagers who didn’t really know what they were doing. Oh, and there was also a possible killer on the loose.

*gets popcorn (metaphorically because of butter-staining on pages)* 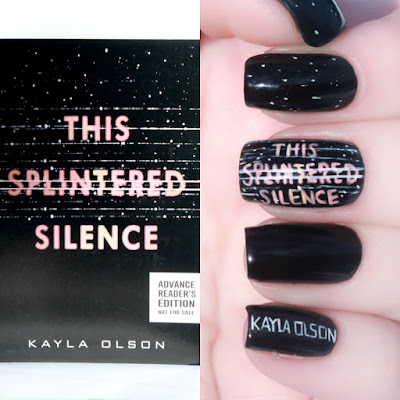 The cast in THIS SPLINTERED SILENCE felt like a return to young adult protagonists. Characters who, with a limited amount of life experience and loads of confidence, behaved like actual teenagers, a mix of critical thinking and impulsivity, passion and introspection. And with the majority of the space station grappling with the death of their parents and loved ones, grief played a pivotal role, underlying every decision and amplifying the stress of being stuck on a space station with no certainty of survival. A terrible combination in real life, but a fabulous one for fiction. *evil cackle*

Placing the narrative squarely on Lindley, from a first-person POV no less, set the stage for the story to unravel. Having just lost her mother—her only family—there wasn't time for Lindley to grieve after assuming her mother’s position in order to keep the station running. But that sort of sorrow can't be contained for long, and with an extreme lack of sleep, cracks began to splinter in Lindley’s stoic demeanour (see what I did there? 🤓). Moving from one emergency to the next, including second-tier emergencies (smooches! Strained friendships!) Lindley never had a moment to rest, and when the second-generation crew members (the teens/kiddos) started dying, she was stretched past her limit. So along with the uncertainty surrounding the new deaths, tension came from Lindley herself. The deep dive into her character gave the stakes another dimension, because I wanted her to be okay, both in a don’t-get-murdered way, and also emotionally. 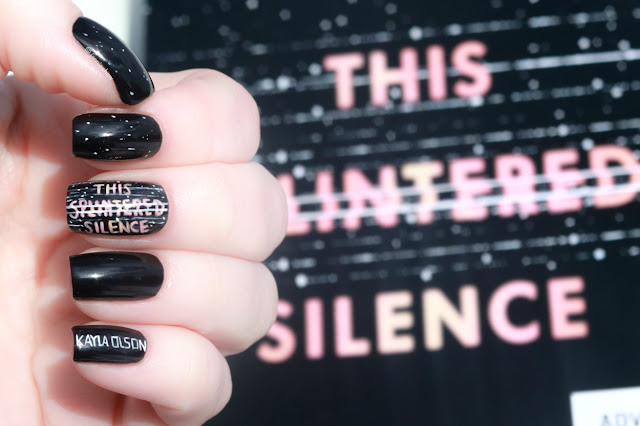 Unfortunately, I got a bit lost in the cast of characters and would have liked more physical descriptions and mannerisms to set people apart, and I wasn’t completely sold on the romance. The first part of the book set up a lot of questions and most were answered by the end, with a sprint to the finish that had me burning through pages. The scientific elements seemed legit, although most of what I know about science I learned from The Big Bang Theory, so take that as you will. Overall, Olson really flexed her character-driven muscles in THIS SPLINTERED SILENCE, and the result was an entertaining read, perfect for YA sci-fi fans.

China Glaze – All Sun & Games and Can't Sandal This

So Nailicious – needle and spear brush