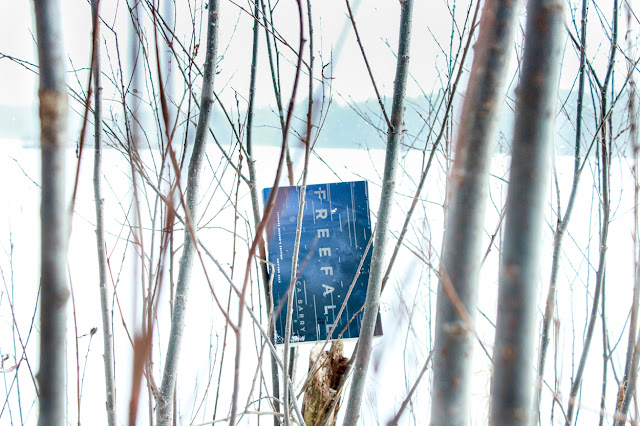 A propulsive debut novel with the intensity of Luckiest Girl Alive and Before the Fall, about a young woman determined to survive and a mother determined to find her.

When your life is a lie, the truth can kill you

When her fiancé’s private plane crashes in the Colorado Rockies, Allison Carpenter miraculously survives. But the fight for her life is just beginning. For years, Allison has been living with a terrible secret, a shocking truth that powerful men will kill to keep buried. If they know she’s alive, they will come for her. She must make it home.

In the small community of Owl Creek, Maine, Maggie Carpenter learns that her only child is presumed dead. But authorities have not recovered her body—giving Maggie a shred of hope. She, too, harbors a shameful secret: she hasn’t communicated with her daughter in two years, since a family tragedy drove Allison away. Maggie doesn’t know anything about her daughter’s life now—not even that she was engaged to wealthy pharmaceutical CEO Ben Gardner, or why she was on a private plane.

As Allison struggles across the treacherous mountain wilderness, Maggie embarks on a desperate search for answers. Immersing herself in Allison’s life, she discovers a sleek socialite hiding dark secrets. What was Allison running from—and can Maggie uncover the truth in time to save her?

Told from the perspectives of a mother and daughter separated by distance but united by an unbreakable bond, Freefall is a riveting debut novel about two tenacious women overcoming unimaginable obstacles to protect themselves and those they love.

FREEFALL began in a risky way by dropping me into a plot already in progress. Sometimes, that abrupt start can leave me indifferent to the stakes, as my unfamiliarity with the characters means I don't care enough yet to worry about them. But a plane crash in the Colorado Rockies and Allison’s consequential journey of survival didn’t need much explanation in terms of worry. She was alone, unequipped, and unprepared for the arduous journey back to civilization, so kind of a no brainer in the stakes department. Jessica Barry didn’t stop there, though, and dumped an additional fear onto the playing field, as if surviving against the elements weren’t enough of a challenge. In the forefront of Allison's mind, the second she realized she'd survived the crash, her certainty she was being tracked meant she not only had to travel hundreds of miles, but needed to do it quickly in order to stay ahead of a looming threat nipping at her heels—a presence that would kill Allison just the same as a bear, wolf, or dehydration. *high fives Jessica Barry because yikes* 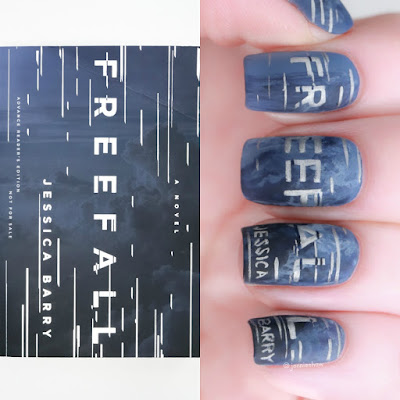 So while it took a fair amount of flashbacks for Allison to share the reason behind her fears, I was riveted. At any moment, Allison could have died from any number of sources but oh my, that woman just kept on going. Admirable, for sure, but Allison wasn't a saint with clean hands, which actually made me admire her more.

To balance Allison's super stressful chapters, her mother Maggie’s POV offered a grief-stained and slower-paced narrative. In the beginning, anyway (things got speedier as they went along). So much sadness had flooded Maggie’s life before Allison’s disappearance, which left her left fairly numb. Nothing like a child’s disappearance and possible death to either send you to bed for weeks or snap you out of your daze, right? Maggie’s desperation (and library savvy) had her doing things way outside her comfort zone, so really, both mother and daughter in FREEFALL were on their own high-stakes adventure where their very lives hung in the balance. 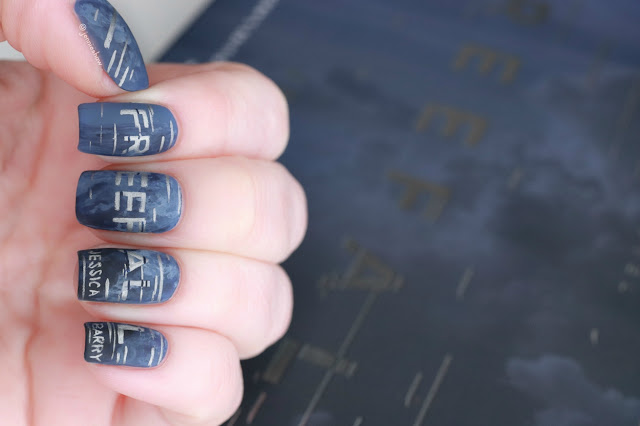 The way the story approached the truth behind what Allison had been doing during their two-year separation was executed flawlessly, in my opinion, because Barry threw down a heck-load of dots to connect, and the resulting bigger picture was impressively complicated. A few trope-ish characters created suspicion, no doubt, but even so, things got bananas by the end, and it didn’t matter if the chapter belonged to Allison or Maggie’s POV, I couldn’t turn pages fast enough. 2019 is already shaping up to be the Year of the Suspenseful Thriller, and FREEFALL has definitely secured its place among the best of the best. Five enthusiastic and survivalist stars!

Big thanks to HarperCollins Canada for an ARC!!

(Note: I had to mix this blue, so if you're in the market for a grey-purplish-blue, mix Man Hunt, Water-Falling In Love, after school boy blazer and a hint of white)