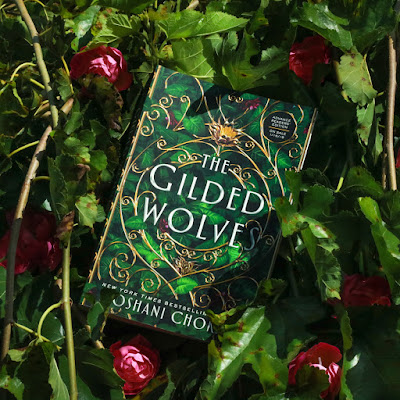 Set in a darkly glamorous world, The Gilded Wolves is full of mystery, decadence, and dangerous but thrilling adventure.

Paris, 1889: The world is on the cusp of industry and power, and the Exposition Universelle has breathed new life into the streets and dredged up ancient secrets. In this city, no one keeps tabs on secrets better than treasure-hunter and wealthy hotelier, Séverin Montagnet-Alarie. But when the all-powerful society, the Order of Babel, seeks him out for help, Séverin is offered a treasure that he never imagined: his true inheritance.

To find the ancient artifact the Order seeks, Séverin will need help from a band of experts: An engineer with a debt to pay. A historian who can't yet go home. A dancer with a sinister past. And a brother in all but blood, who might care too much.

Together, they'll have to use their wits and knowledge to hunt the artifact through the dark and glittering heart of Paris. What they find might change the world, but only if they can stay alive.

First review of 2019 woooot!! And holy smokes, I sure hope THE GILDED WOLVES sets the tone for the rest of the year because it was unreal! The holidays are so crazy, with relatives and friends and cooking and dishes, that when the festivities wrapped up, I was in the mood to be whisked far away from any sort of responsibility. THE GILDED WOLVES did that and more by dropping me onto the historic streets of Paris, where decadence dripped from each page and straight into my ornately bejewelled soul (which, by the way would be comprised of deep amethysts and white and black diamonds).

Because this world-building, booknerds. In two words: Absolute perfection. Over-the-top in the most magnificent ways, I quickly became envious of Chokshi’s imagination as she transformed something as simple as a chandelier into a floating art piece that self-served champagne to an audience below. Like, hello fabulous, right?! Where can I get a chandelier like that? And the best part? The opulent vibes didn’t just accessorize the story, but also kept the plot on its toes. Since every object had the potential to become extraordinary (Forged), it meant that at any moment, the story could change. Odds on whether the development would be advantageous or disastrous for Séverin and his crew stood at about 50/50, so each time an enhancement came onto the scene, my brain would jump with glee because no two Forged items were ever the same, which meant I had no way to anticipate what cool thing would happen next. Incorporating that level of unpredictability in the world itself, both within an object’s potential and a character’s capabilities, made for one heck of a reading ride. 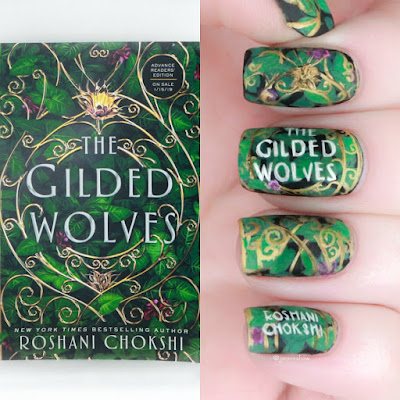 Speaking of Séverin and his band of misfits that couldn’t help but remind me of SIX OF CROWS, I loved how each character had a distinct personality and fatal flaw—one that foreshadowed how they'll confront their fears as the series moves along. Loyalties went deep between certain pairs, and one particular character had a remarkably unique backstory that I hope will be explored further some point because I’m so curious I can’t handle it. Beautifully crafted writing and tight pacing had me devouring chapter after chapter, and then I had to take a break to find a masquerade mask in order to feel closer to the story, which circles me back to the world-building because this world-building, for real. I wanted to crawl inside these pages and join Séverin’s gang with my very own headpiece constructed of luscious swan feathers and a dress that moved like a shimmering rainstorm, leaving crystal droplets in my wake. Obviously, I’d also want some sort of Forging ability, because they were on another creative level. I mean, who wouldn’t want to be part of a world where anything’s possible? *happy sigh*

***I do have one issue with THE GILDED WOLVES, but it involves light spoilers in terms of format, so PROCEED WITH CAUTION OR SKIP UNTIL BELOW THE NEXT PICTURE***

The first in a series, there’s certainly lots of places this story could go next, which is why the end irked me a bit. Compared to the rest of the book, the last several chapters read like a series of Wikipedia entries, information that could have been moved to the front of the second book as backstory. Because that’s what they felt like. Backstory after-the-fact, ie. prep for the second book. That left me conflicted on my overall impression of THE GILDED WOLVES, because there was, most definitely, an epic climactic crazypants battle, as the best fantasies tend to have, but then it just kind of kept going in what I think was supposed to be an emotive way, but it fell flat for me because I wasn't as invested. A bummer, really. 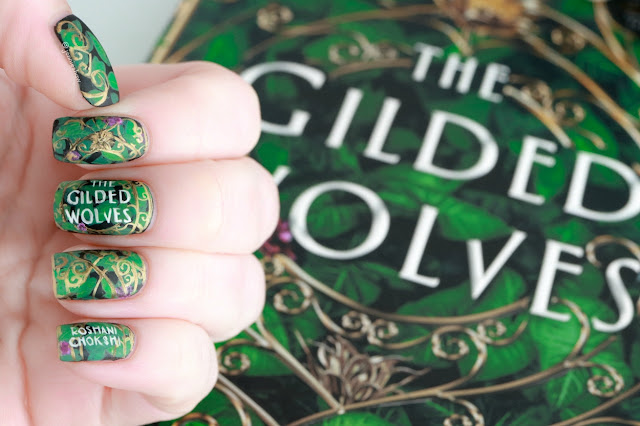 Overall, THE GILDED WOLVES was the first of what promises to be an incredible new series and I’m wholly invested in the adventure. Like National Treasure but with less Nicolas Cage and more magical goodness, make sure you grab a copy of this beauty! THE GILDED WOLVES hits shelves January 15th and there’s a sweet preorder campaign for US residents, so if you think this book is the one for you, make sure to preorder and submit your receipt!

Big thanks to St. Martin’s Press for an ARC!

OPI – Rollin’ In Cashmere, Need Sunglasses, Stay Off the Lawn, and matte topcoat