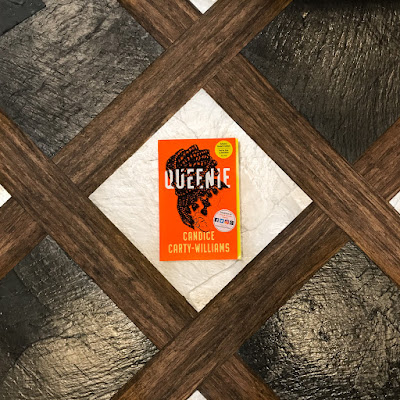 Bridget Jones’s Diary meets Americanah in this disarmingly honest, boldly political, and truly inclusive novel that will speak to anyone who has gone looking for love and found something very different in its place.

Queenie Jenkins is a 25-year-old Jamaican British woman living in London, straddling two cultures and slotting neatly into neither. She works at a national newspaper, where she’s constantly forced to compare herself to her white middle class peers. After a messy break up from her long-term white boyfriend, Queenie seeks comfort in all the wrong places…including several hazardous men who do a good job of occupying brain space and a bad job of affirming self-worth.

As Queenie careens from one questionable decision to another, she finds herself wondering, “What are you doing? Why are you doing it? Who do you want to be?”—all of the questions today’s woman must face in a world trying to answer them for her.

With “fresh and honest” (Jojo Moyes) prose, Queenie is a remarkably relatable exploration of what it means to be a modern woman searching for meaning in today’s world.

QUEENIE took me on a ride, friends. At first, things were Bridget Jones’s Diary-ish and I was fine, giggling along because sure, Queenie was going through a difficult breakup but I had no doubt she’d emerge generally unscathed. You know worried, but not concerned, if that makes sense. But then Queenie’s decisions took a much darker turn, which spiked my concern to an eleven and made the world go quiet. 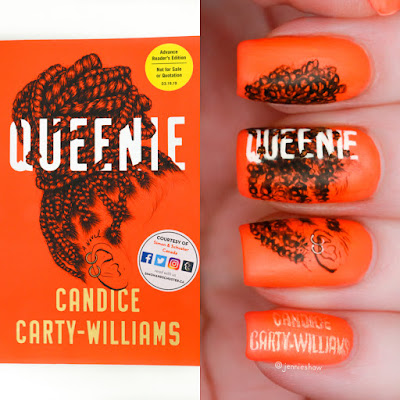 I wasn’t prepared for the degree of vulnerability displayed on the page during those darker days, and it rendered me speechless. As in I couldn’t speak because I was crying too hard. The POV kept me inside Queenie’s mind, which meant I viewed her experiences and rationalizations in real time. Wow, those rationalizations. Queenie didn’t value herself, and watching her accept/excuse terrible behaviour in exchange for companionship were the parts that made me weep. They hit close to home.

Things got worse before they got better and the plot took Queenie to places, both emotionally and physically, she wasn’t eager to go. Those places were necessary to visit in order to move forward though, and Queenie’s reluctant courage felt so very real. Carty-Williams’s ability to dig into the layered burdens of childhood trauma, mental health, and racism, blew me away. I’ll forever remember a scene with Queenie and her long-term white boyfriend’s family. Mostly because of course. I wanted to scream. And I'm a white lady.*

*Tip. If you're also a white lady and think this scene was exaggerated or "people don't really talk like that anymore" please open your eyes. They do. And if it happens in front of you, SAY SOMETHING FFS. Use that white face of yours. Furthermore, if you don't think anything was wrong with the scene, or support the "overreactive response" take, you've got some major work to do and I hope you reflect on what your reasoning means, and how it's majorly problematic and must stop. 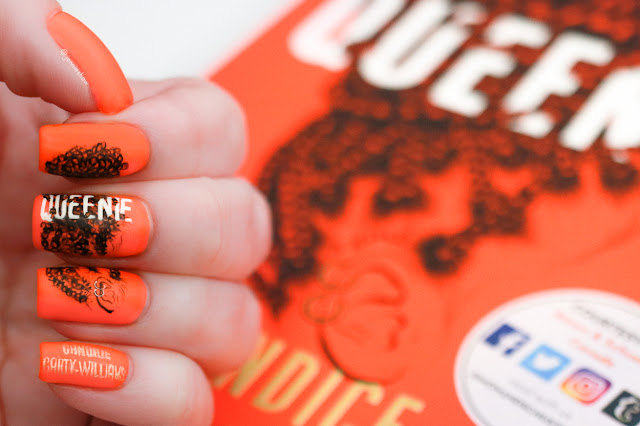 In conclusion, OH MY HEART THIS BOOK. I honestly haven't stopped talking about it. By including Black Lives Matter, the fetishizing of black women, and feminism, along with the above-mentioned mental health and childhood trauma, QUEENIE proved to be a bold, fresh novel that broke my heart and then put it (mostly) back together. Be prepared for surges of frustration via Queenie’s decisions, but the group texts with her friends and strong family relationships balanced out those downturns, so there were ample bright parts to the dark, the brightest being Queenie herself. Five stars all the way, QUEENIE is out now and a must read.

China Glaze – Good as Marigold and Truth is Gold