review and cover mani: the rule of one 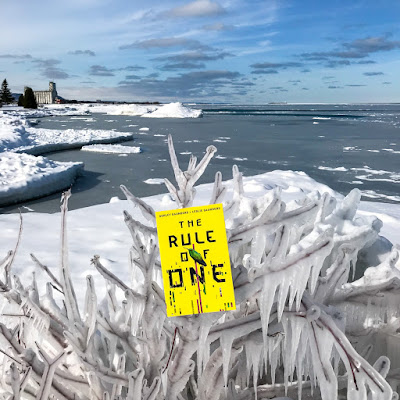 The back jacket, from Goodreads:
In their world, telling the truth has become the most dangerous crime of all.
In the near-future United States, a one-child policy is ruthlessly enforced. Everyone follows the Rule of One. But Ava Goodwin, daughter of the head of the Texas Family Planning Division, has a secret—one her mother died to keep and her father has helped to hide for her entire life.
She has an identical twin sister, Mira.
For eighteen years Ava and Mira have lived as one, trading places day after day, maintaining an interchangeable existence down to the most telling detail. But when their charade is exposed, their worst nightmare begins. Now they must leave behind the father they love and fight for their lives.
Branded as traitors, hunted as fugitives, and pushed to discover just how far they’ll go in order to stay alive, Ava and Mira rush headlong into a terrifying unknown.
__

It’s a real treat when I can read a book in a single sitting and with the crazier schedule I’ve had this year, I was extra appreciative to fall into THE RULE OF ONE so easily. With a quick pace and instant stakes, the tension began in the very first chapter because hello! This was a world where families could only have one child, but through resourceful means (thanks to their father’s lucrative and powerful government position) both Ava and Mira were able to attend school, trading places each day, and paying attention to any details the other would need in order to keep their switching seamless. And for eighteen years, they made it happen, until one fateful day when they were caught. 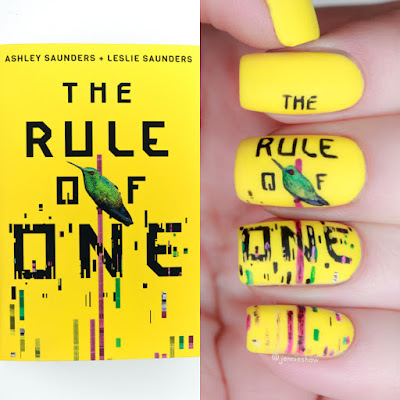 
The fun part about THE RULE OF ONE was the lack of description in the back jacket. Vague teasers like “branded as traitors, hunted as fugitives” didn’t give any hints as to what obstacles the sisters would have to overcome and oooo wheeeee, friends, things got crazy. With only each other to rely on, the twins got a crash-course on survival and although there’d been enormous stress involved in trading places, their living circumstances were cushy and relatively protected, which meant they weren’t equipped for their off-grid journey. The setup for over-the-top tension (Where we they going? Would they make it? Who could they trust?) raised my expectations on how far Ava and Mira would be pushed, and while there were gruelling moments, they also caught a lot of breaks. It was still enjoyable, but I think there was a fair amount of untapped potential in regards to increasingly bleak complications that would’ve cranked my worry and anxiety up to eleven. A solid eight wasn’t too shabby, though. 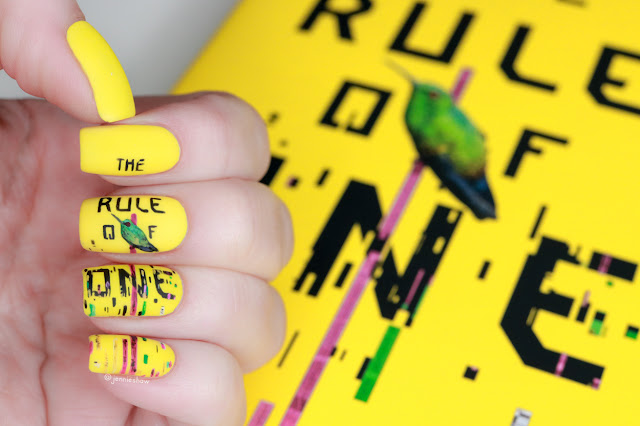 In university, I lived with a pair of twin sisters for years, and my favourite part of THE RULE OF ONE was the dynamic between Ava and Mira, because it reminded me of twins' special connection. Having a sibling reflect a mirror image can have ups and downs, and since these twins had to design their lives to be indistinguishable from each other, it opened up the floor for budding resentments. While on the run, Ava and Mira were finally able to be themselves (choosing different disguises instead of identical) but with frustrations and fear running high, it was only a matter of time before the sisters fell out of sync. Even while they fought to a survive against a government who wanted them dead, they never stopped being sisters, and their close relationship sometimes served as a help, but other times, a hindrance. Watching the ebbs and flows of their relationship gave THE RULE OF ONE a unique thread, which ultimately made the plot shine by adding complex emotion.

All in all, THE RULE OF ONE was a fabulous read, and I’m psyched for the sequel THE RULE OF MANY, which hits shelves on May 7th. If you’re in the mood for some light dystopian YA fiction with a swift pace and dynamic characters, THE RULE OF ONE is the book for you!

Big thanks to Thomas Allen & Son for a finished copy!

China Glaze – Boujee Board, Too Yacht to Handle, Celtic Sun and Werk it Honey (blended together for base yellow), Emerald Bae, Queen B