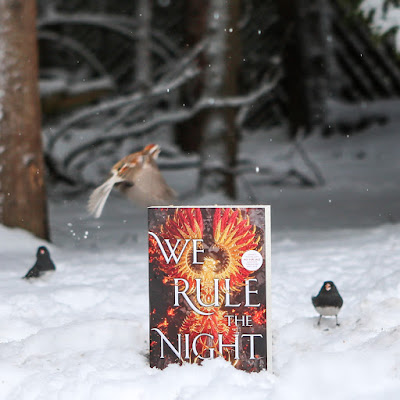 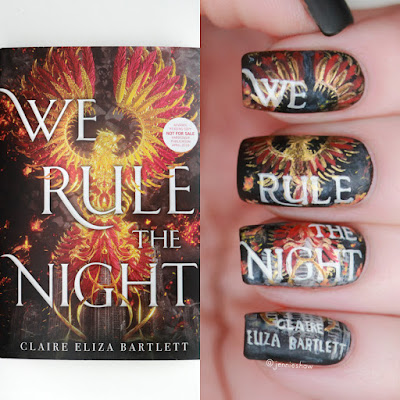 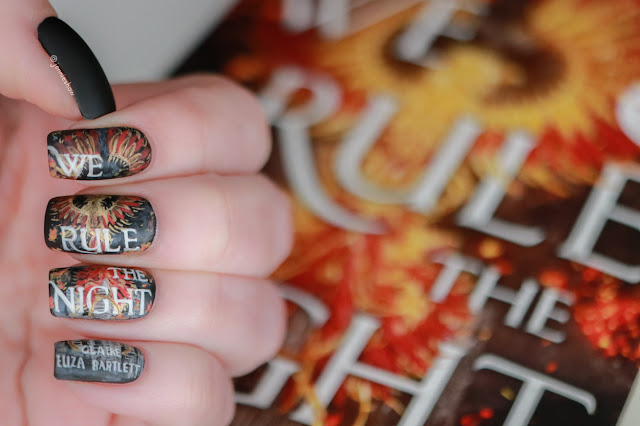 review and cover mani: everyone knows you go home 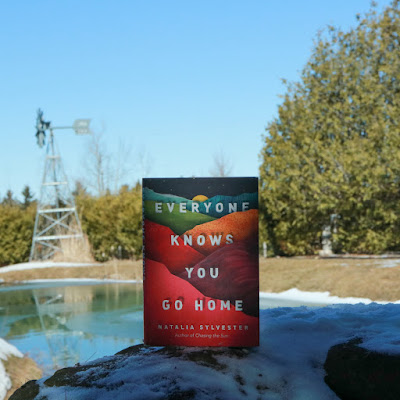 The first time Isabel meets her father-in-law, Omar, he’s already dead—an apparition appearing uninvited on her wedding day. Her husband, Martin, still unforgiving for having been abandoned by his father years ago, confesses that he never knew the old man had died. So Omar asks Isabel for the impossible: persuade Omar’s family—especially his wife, Elda—to let him redeem himself.

Isabel and Martin settle into married life in a Texas border town, and Omar returns each year on the celebratory Day of the Dead. Every year Isabel listens, but to the aggrieved Martin and Elda, Omar’s spirit remains invisible. Through his visits, Isabel gains insight into not just the truth about his disappearance and her husband’s childhood but also the ways grief can eat away at love. When Martin’s teenage nephew crosses the Mexican border and takes refuge in Isabel and Martin’s home, questions about past and future homes, borders, and belonging arise that may finally lead to forgiveness—and alter all their lives forever.

With a plentitude of storylines, EVERYONE KNOWS YOU GO HOME was a book that couldn’t be rushed. Set in the present and the past, I felt most connected to the border crossing chapters. Yet another book I shouldn’t have read in a waiting room because I loathe crying in public, it was impossible to tear my eyes from the page. Pushing past fear and brutal conditions, the group’s faint possibility of hope carried them through the most harrowing environments, forever at the mercy of coyotes who viewed them as numbers, not people. The dehumanization they faced in order to escape the violence and poverty of their homes wasn’t sugarcoated, and with the current political climate in the United States regarding Mexican immigration, there couldn’t be a better time to have a novel reconfirm that immigrants are human beings. 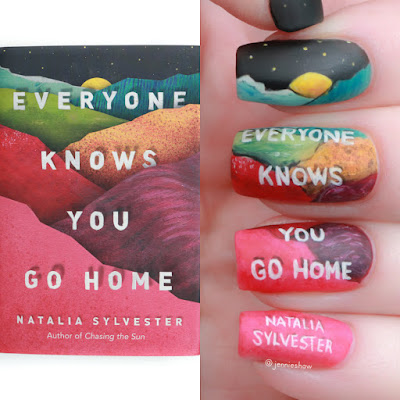 Including a real-time account of Martin’s teenage nephew’s experiences once he arrived in Texas as an undocumented immigrant also consistently punched me in the heart. Because getting over the border was only the first step, and Eduardo had lots of adjusting to do after he made it. During that adjustment, an event transpired that inspired the title EVERYONE KNOWS YOU GO HOME and as much as I love when books pull their titles from the text, this one will always make my chest tighten when I catch the spine on my bookshelf. These characters sacrificed so much to have the chance to live in the United States, but even if they managed to cross, the fear of being caught by ICE and other law enforcement agencies followed them forever. Trying to start a new life with constant fear lurking in the background isn't something I've experienced, which proves why fiction is so important. 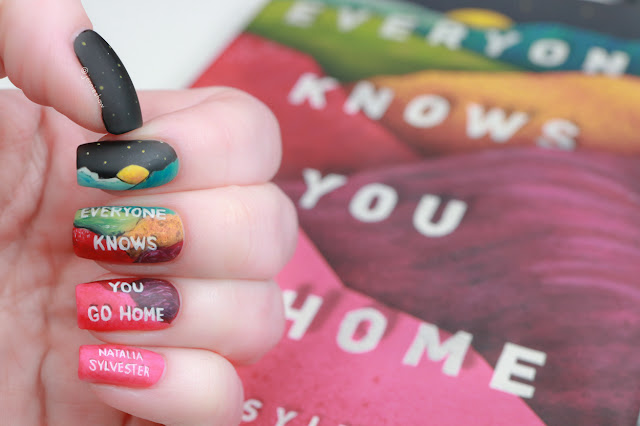 Along with currently relevant themes, Natalia Sylvester’s elegant writing brought beauty to bleaker moments—a commendable feat, considering the premise. The sort of novel that should be required reading in schools, in my opinion. There could have been a deeper examination of the relationship between Isabel and Martin because they didn’t seem like a couple. She did a lot for Martin and his family but that investment wasn’t reciprocated, which left me unsure as to why she stuck around. That said, EVERYONE KNOWS YOU GO HOME was a deeply meaningful work of fiction and an unequivocal must read.

Big thanks to Amazon Publishing and Natalia Sylvester for a finished copy!

OPI – Need Sunglasses, In My Back Pocket, Strawberry Margarita, You Are So Outta Lime, Stay Off the Lawn, Red My Fortune Cookie, matte topcoat

China Glaze – Saved by the Bluebell, My Way or the Highway, Accent Piece