review and cover mani: when we were lost 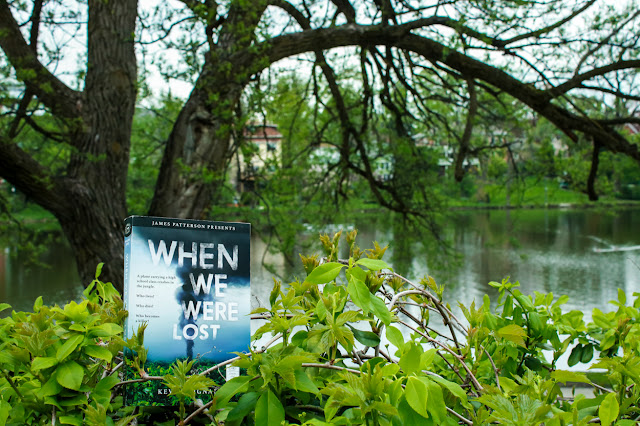 Survival. It's a concept these high school students never had to consider--until their plane crashes in a remote rainforest with no adults left alive. With many of them falling prey to threats from both the jungle and man, they soon realize that danger comes in many sinister forms.

Tom Calloway didn't want to go on a field trip to Costa Rica, but circumstances had him ending up sitting in the back of the plane--which was the only part that was intact after the crash in the remote South American wilderness. Tom and a small group of his classmates are fortunate to be alive, but their luck quickly runs out when some of them fall prey to the unfamiliar threats of the jungle--animals, reptiles, insects, and even the unforgiving heat. Every decision they make could mean life or death.

As the days go by and the survivors' desperation grows, things get even more perilous. Not everyone can cope with the trauma of seeing their friends die, and a struggle for leadership soon pits them against each other. And when they come across evidence of other people in the middle of the rainforest, does that mean they're safe--or has their survival come to an even more vicious end?


WHEN WE WERE LOST immediately reminded me of a certain television show involving a plane crash and tropical seclusion, but aside from their similar circumstances and setting, they were worlds apart. Tom, the epitome of a reluctant narrator, had no choice but to break out of his comfort zone, both in terms of assertiveness and surviving the inhospitable environment. The outsider perspective worked well, as outsiders are often excellent observers, and Tom was able to quickly identify who would contribute to their survival versus those who’d accelerate their demise. Two discernable groups emerged, similar to what you’d expect from a high school cafeteria, so while Tom battled predators from the jungle, he also found himself immersed in a power struggle. The sort of young man who kept to himself, Tom had no interest in said power struggle, but that didn’t stop him from becoming a target. Having parallel sources of tension, the lethally unpredictable Amazon jungle and the volatile group dynamic, resulted in a page-burning pace. No matter where they were or what they were doing, the group's safety was always at risk. My favourite sort of read. 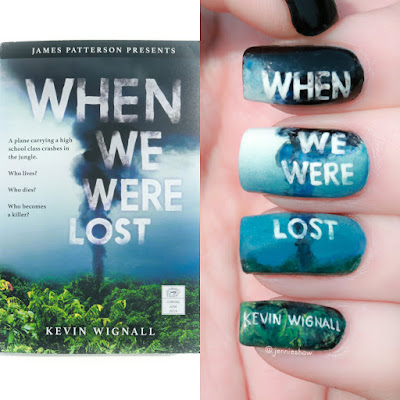 I also really love when novels begin in more of an abstract manner. A challenge, for sure, because it has the potential to backfire, but WHEN WE WERE LOST had a phenomenally executed, pseudo-rambling introduction about the butterfly effect. Relevant to the book for sure, but certainly not a “fall into the action sort of deal” it was more like a gradual unraveling to get to the point. Hella hard to accomplish and it let me know straight away that I would enjoy the writing. Things came full circle at the end, which was even more impressive, so I’m very interested in reading other books by Kevin Wignall. 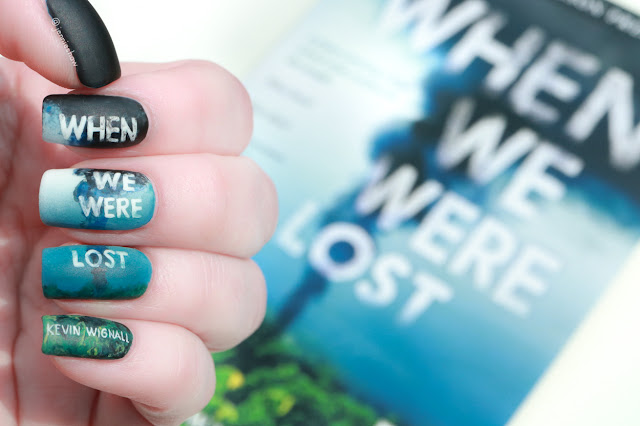 Teens who sounded and behaved like teens, several majorly surprising twists, and the ever present fear of spontaneous death, WHEN WE WERE LOST is perfect for readers who love action and adventure. Available next Tuesday, June 4th wherever books are sold.

Big thanks to Hachette Book Group Canada for a complimentary ARC! 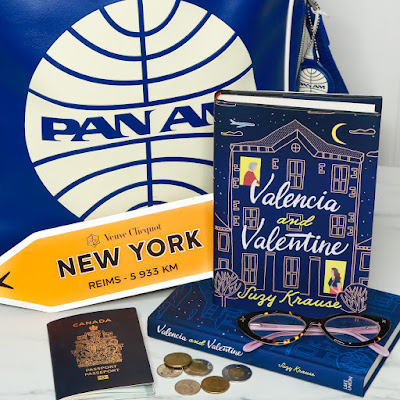 For readers of Eleanor Oliphant Is Completely Fine, debut author Suzy Krause delivers a quirky, colorful story about love, loss, second chances, and what it means to truly live.Valencia, a timid debt collector with crippling OCD, is afraid of many things, but the two that scare her most are flying and turning thirty-five. To confront those fears, Valencia’s therapist suggests that she fly somewhere—anywhere—before her upcoming birthday. And as Valencia begins a telephone romance with a man from New York, she suddenly has a destination in mind. There’s only one problem—he might not actually exist.Mrs. Valentine is an eccentric old woman desperate for company, be it from neighbors, telemarketers, or even the funeral director (when you’re her age, you go to a lot of funerals). So she’s thrilled when the new cleaning girl provides a listening ear for her life’s story—a tale of storybook love and incredible adventures around the world with her husband before his mysterious and sudden disappearance.The stories of Valencia and Mrs. Valentine may at first appear to have nothing in common…but then again, nothing in life is as straightforward as it seems.

VALENCIA AND VALENTINE was exactly what I needed. An immediately engaging voice, whip smart writing, and unbelievably compassionate glimpse into the mind of a person grappling with OCD (like, actual OCD not just wanting things neat), this charming novel took an intimate look at two characters, Valencia and Mrs. Valentine. A blend of heartbreaking joy—an exceedingly tricky pair of vibes to combine—and humour, I loved every second. 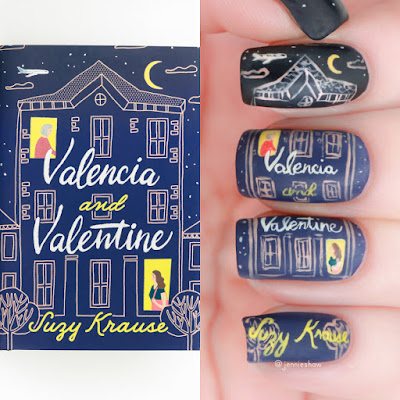 Valencia’s career as a debt collector, manning the phones during work hours and dealing with screaming clients and death threats, and solo living situation, meant that Valencia didn’t have much meaningful contact with others. The self-imposed isolation and circular, end-of-world thoughts from her OCD forced Valencia into the smallest and most unremarkable life she could muster. Partially because her catastrophic internal voice made it practically impossible to connect with other people, but also as punishment for a terrible act from her past. Basically, Valencia was existing, going through the motions. So when she struck up a conversation—a real, actual conversation—with one of her clients at work, Valencia leaned in like a flower towards the sun. But, you know, with hella awkwardness. And not just because he may or may not of actually existed (mystery bonus!). Suzy Krause’s ability to write that awkwardness, the stuttering thoughts and constant anxiousness at saying the wrong thing or responding in a weird way, immediately had me cheering for Valencia because she was up against the world in every aspect of her existence. And in her own way, she fought through it. Or tried to, anyway. The mix of desperate unhappiness and the terror of letting somebody in felt exceedingly real. I was hypnotized while also dying a little inside. 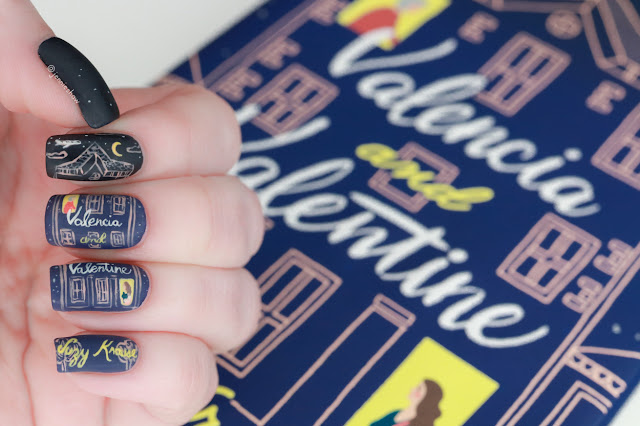 Meanwhile, Mrs. Valentine was isolated as well, but for very different reasons. A widow living alone in an apartment, too frail to take walks down the block or do her own shopping, she hired a cleaner who wound up being her primary means for socialization. Sharing her life’s story, Mrs. Valentine took a trip down her remarkable memory lane. A lane with highs and lows that inevitably connected with Valencia, but as if I’d tell you how! That’s a gem you’ll have to discover for yourself. But I will say it was a very unexpected tether of connection.

If you’re a fan of Eleanor Oliphant and novels that crack open your heart and leave you reeling in melancholic delight, I highly recommend VALENCIA AND VALENTINE. Five stars all the frickin' way. VALENCIA AND VALENTINE is available in bookstores on June 1st, but for the month of May, it's part of the Kindle First Reads program so if you're a member, you can get an early look!

Big thanks to Amazon Publishing for a finished copy!

So Nailicious – warrior and needle brushes 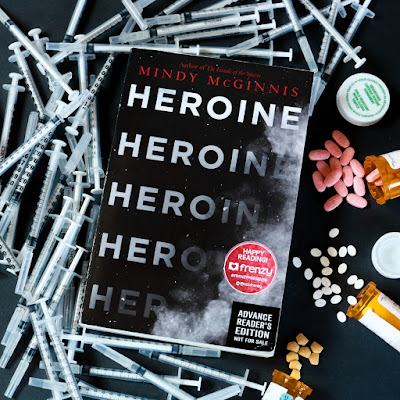 An Amazon Best Book of the Month! A captivating and powerful exploration of the opioid crisis—the deadliest drug epidemic in American history—through the eyes of a college-bound softball star. Edgar Award-winning author Mindy McGinnis delivers a visceral and necessary novel about addiction, family, friendship, and hope. When a car crash sidelines Mickey just before softball season, she has to find a way to hold on to her spot as the catcher for a team expected to make a historic tournament run. Behind the plate is the only place she’s ever felt comfortable, and the painkillers she’s been prescribed can help her get there.The pills do more than take away pain; they make her feel good.With a new circle of friends—fellow injured athletes, others with just time to kill—Mickey finds peaceful acceptance, and people with whom words come easily, even if it is just the pills loosening her tongue.But as the pressure to be Mickey Catalan heightens, her need increases, and it becomes less about pain and more about want, something that could send her spiraling out of control.

HEROINE came in hot. The opening sentence of “When I wake up, all my friends are dead,” set a tone that initially scared me off, but I’m happy I came back around because while HEROINE was a heavy read, it also had the signature Mindy McGinnis flare for tackling tough subjects with an unflinching perspective. No surprise McGinnis was up to the task because, well, have you read her other books? *peers over glasses with cocked eyebrow* 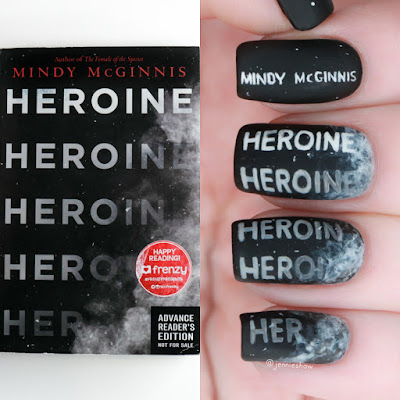 Mickey, determined and focused to get a scholarship for softball, was up against the clock to recover from her injuries in order to play in her final high school softball season, which immediately set the stage for her impending addiction. Because while Mickey’s initial goal of healing quickly had her popping pills, the euphoria of pharmaceutically induced happiness got Mickey hooked. As her addiction progressed, HEROINE became a master’s class in tracing a user’s rationalization process; the twisting and contorting of facts in order justify taking higher doses. Casting Mickey’s mother as a nurse doubled-down on the idea of how easy it is to fall into addiction and while I turned each page, transfixed, I dreaded when the prologue would circle back around. With McGinnis’s reputation for bleaker endings, I honestly didn’t know if Mickey would make it out alive. 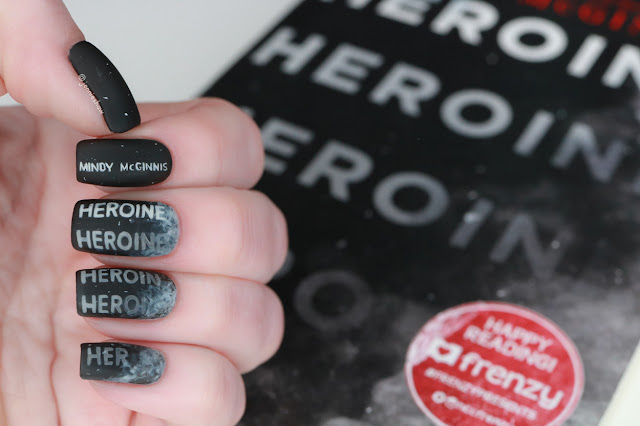 While HEROINE is fiction, it also isn’t. And while it follows Mickey’s descent in to addiction, it’s also a story about friendship, sports, and just enough hope to keep you going. But above all else, if you get to the end and aren’t furious with big pharma, you’ve missed the point. These drugs are real and they steal lives. Prescribing such highly addictive painkillers to anybody, especially teenagers, is irresponsible and immoral. There’s no way to predict if that first pill will become the first step down a long road of addiction, which means they shouldn’t exist in the first place. Leave it to Mindy McGinnis to shine a compassionate light in the darkest of places. Deeply uncomfortable and entirely necessary, HEROINE had better win some awards, and should be required reading in schools. Five stars plus one million stars, for a grand total of one million and five stars.

Big thanks to HCC Frenzy for a gifted ARC!