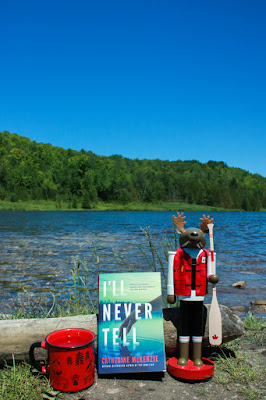 What happened to Amanda Holmes?

Twenty years ago, she washed up on shore in a rowboat with a gash to the head after an overnight at Camp Macaw. No one was ever charged with a crime.

Now, the MacAllister children are all grown up. After their parents die suddenly, they return to Camp to read the will and decide what to do with the prime real estate it's sitting on. Ryan, the oldest, wants to sell. Margo, the family's center, hasn't made up her mind. Mary has her own horse farm to run, and believes in leaving well-enough alone. Kate and Liddie—the twins—have opposing views. And Sean Booth, the family groundskeeper, just hopes he still has a home when all is said and done.

But then the will is read and they learn that it's much more complicated than a simple vote. Until they unravel the mystery of what happened to Amanda, they can't move forward. Any one of them could have done it, and all of them are hiding key pieces of the puzzle. Will they work together to solve the mystery, or will their suspicions and secrets finally tear the family apart?

Summer camp mystery woooot! Bring on the s’mores, canoeing and, of course, tragic accidents. Or was it an accident? Multiple POVs—the siblings, Sean, and Amanda herself—tried to make sense of what happened that fateful summer and McKenzie did a solid job distinguishing distinct personalities. Her pitch-perfect depiction of deep-rooted insecurities and fears along with a tangled web of family secrets meant that while the cast remained contained, the tension never wavered. When their father’s will was revealed, the aggressive implications stoked those flames of distrust and blame which served as a bummer for the MacAllisters and good times for me. 😈 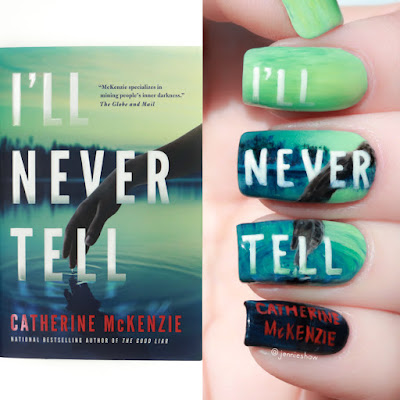 I loved the off-season setting of Camp Macaw (caw, caw), and while the summer camp I attended was in Ontario versus Quebec, the similarities elicited a rush of musky lake memories. McKenzie nailed those vibes, and the emotional connection each sibling felt towards the camp, whether positive or negative, influenced their perspective. A prime opportunity for explosive revelations, being stuck between the adults they’d become and the children they were, each chapter kept me on the edge of my seat. 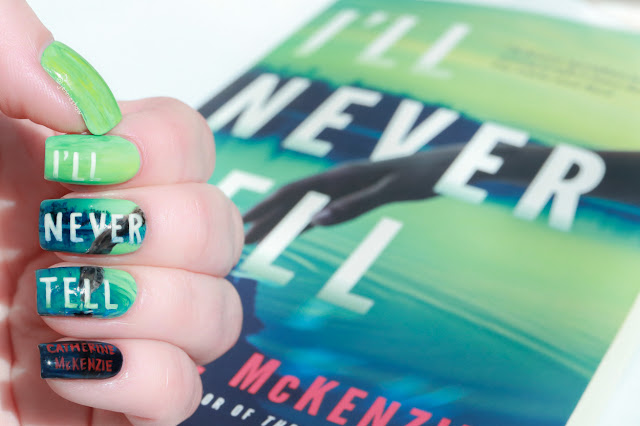 While the tension truly had my stomach in knots, there was unfortunately one element that deflated my agony. The extreme overuse of a particular word became tremendously distracting. I’m disappointed it wasn’t picked up during edits because the word was so prevalent (sometimes appearing multiple times in the same paragraph) it affected my ability to remain immersed in the plot. But with that said, I’LL NEVER TELL is a still an engaging and twisty mystery, perfect for hot and humid summer days (and if you attended summer camp as a kid, I suspect you’ll feel an extra connection).

OPI – My Dogsled is a Hybrid, I Just Can’t Cope-acabana, A Good Man-darin is Hard to Find, Can’t Find my Czechbook, Gargantuan Green Grape