review and cover mani: the swallows A new teacher at a New England prep school ignites a gender war--with deadly consequences--in a provocative novel from the bestselling author of The Passenger and the Spellman Files series.

It starts with this simple writing prompt from Alex Witt, Stonebridge Academy's new creative writing teacher. When the students' answers raise disturbing questions of their own, Ms. Witt knows there's more going on the school than the faculty wants to see. She soon learns about The Ten--the students at the top of the school's social hierarchy--as well as their connection to something called The Darkroom.

Ms. Witt can't remain a passive observer. She finds the few girls who've started to question the school's "boys will be boys" attitude and incites a resistance that quickly becomes a movement. But just as it gains momentum, she also attracts the attention of an unknown enemy who knows a little too much about her--including what brought her to Stonebridge in the first place.

Meanwhile, Gemma, a defiant senior, has been plotting her attack for years, waiting for the right moment. Shy loner Norman hates his role in the Darkroom, but can't find the courage to fight back until he makes an unlikely alliance. And then there's Finn Ford, an English teacher with a shady reputation who keeps one eye on his literary ambitions and one on Ms. Witt.

As the school's secrets begin to trickle out, a boys-versus-girls skirmish turns into an all-out war, with deeply personal--and potentially fatal--consequences for everyone involved. Lisa Lutz's blistering, timely tale shows us what can happen when silence wins out over decency for too long--and why the scariest threat of all might be the idea that sooner or later, girls will be girls.

I’ve been a fan of Liza Lutz since The Spellman Files series and THE SWALLOWS definitely didn’t disappoint. I’ve missed Lutz’s knack for writing unlikable characters (who also don’t care about being liked by other characters—the absolute best) and with adults and teens narrating THE SWALLOWS, I was reminded how great she is at writing younger voices. One thing each narrator had in common (err…except for one) was chutzpah. Whether playing a long revenge game or suddenly wanting a change, these characters were determined to shake things up. And all they needed was a catalyst to get things going. Enter, Alex Witt. 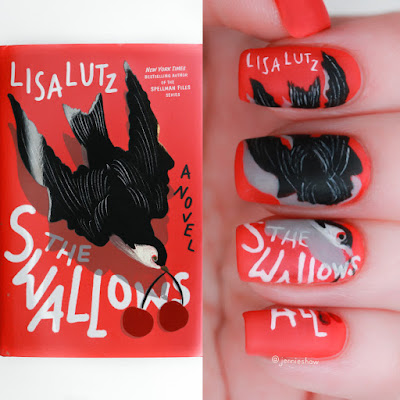 With dark humour abounding from Ms. Witt’s chapters, she arrived at Stonebridge Academy to find the usual assortment of white and privileged teens amongst enabling teachers and an administration that strove to protect the institution’s reputation no matter what. Lutz did a phenomenal job of threading that privilege through the book, showing how untouchable certain students felt because of “who” they were—that the threat of social suicide and expulsion enforced the code of silence for students inside and outside of The Ten. But Ms. Witt had no problem being the first wave to rock the boat, even if it meant her secrets would be exposed. Gotta love a character who doesn’t take any shit, eh? But The Darkroom wouldn’t go down without taking other causalities with it. The ending left me feeling amped up and also a little conflicted. For sure one that I'll keep thinking about because like the back jacket said, in a world where boys will be boys, it's only a matter of time before girls will be girls. 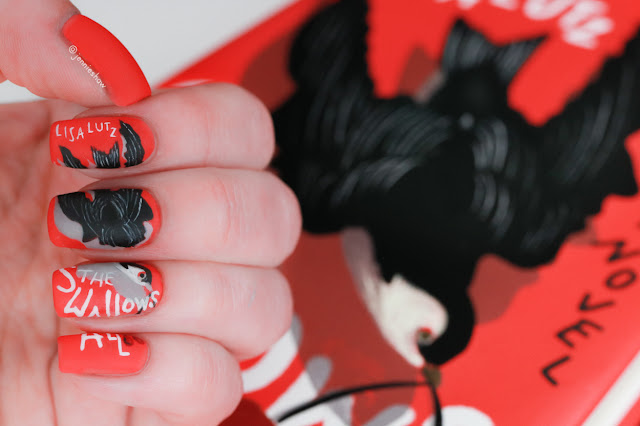 If you loved the THE NOWHERE GIRLS or THE FEMALE OF THE SPECIES, I have full confidence you’ll be into THE SWALLOWS. Smart writing, a quick pace, and feminist AF, it’s a book you can devour in a couple of sittings. My only critique would be the unbalanced teacher/student ratio but since this was fiction, it was easy to let that slide. I absolutely remain a fan of Lisa Lutz and can’t wait for her next release.