review and cover mani: the turn of the key 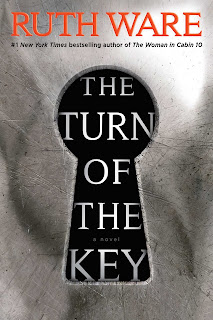 When she stumbles across the ad, she’s looking for something else completely. But it seems like too good an opportunity to miss—a live-in nannying post, with a staggeringly generous salary. And when Rowan Caine arrives at Heatherbrae House, she is smitten—by the luxurious “smart” home fitted out with all modern conveniences, by the beautiful Scottish Highlands, and by this picture-perfect family.

What she doesn’t know is that she’s stepping into a nightmare—one that will end with a child dead and herself in prison awaiting trial for murder.

Writing to her lawyer from prison, she struggles to explain the unravelling events that led to her incarceration. It wasn’t just the constant surveillance from the cameras installed around the house, or the malfunctioning technology that woke the household with booming music, or turned the lights off at the worst possible time. It wasn’t just the girls, who turned out to be a far cry from the immaculately behaved model children she met at her interview. It wasn’t even the way she was left alone for weeks at a time, with no adults around apart from the enigmatic handyman, Jack Grant.

She knows she’s made mistakes. She admits that she lied to obtain the post, and that her behavior toward the children wasn’t always ideal. She’s not innocent, by any means. But, she maintains, she’s not guilty—at least not of murder. Which means someone else is.
__

Without a doubt, THE TURN OF THE KEY is my favourite novel by Ruth Ware. A gothic delight with a zooming pace, creepy setting, and intricately laid clues that escaped my attention until the end when they snapped together and left me no choice but to mentally applaud Ware for a job well done. Plot twists have become a staple in mysteries and thrillers, a gotcha moment where the reader is supposed to be surprised but not confused. Laying notable clues throughout a novel without arousing suspicion is no easy feat, and in THE TURN OF THE KEY there were multiple unexpected reveals working together yet I didn't see a single one coming. Absolute perfection. 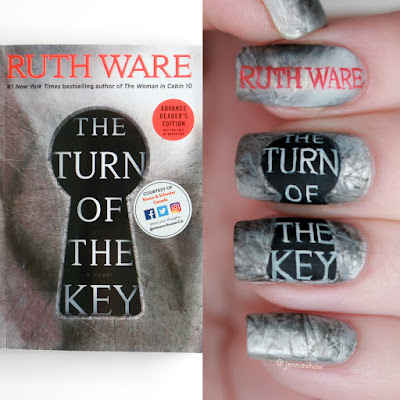 Also perfect? The delivery: letters written by Rowan to a lawyer in an attempt to explain her side of the media-saturated story. Her overall goal was to have a big-shot barrister take her case, which meant she needed to convince him of her innocence. Starting the novel at the end so to speak, where Rowan had already been arrested and charged with the murder of a child formerly in her care, cast an immediate shadow over Rowan’s character. Her voice in the letters felt nervous, sputtering even. Exceedingly vulnerable. It was clear she longed to tell her story but was anxious about possible reactions and judgments. A masterful command of tone because Ware conveyed worry from two directions: the barrister believing she’s guilty and Rowan believing that she’s a bad person. It had me on the edge of my seat, wanting to trust Rowan even though my suspicions remained intact. That duality added rich dimension to this mystery and confirmed that Ware knows how to keep a reader hooked. Also, some seriously scary stuff happened in that smart home, friends. SO VERY SCARY. I didn't know what or who to believe and the further I wandered into the eeriness, the more uncertain I became. In other words, it was suspense-central and I loved every second. 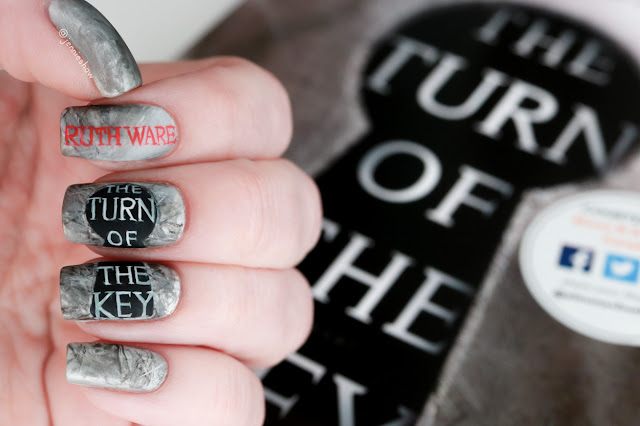 The contrast between the smart home and the isolated, rural, and creepy af property made it a perfect location for a (possible) haunting, so prepare to clear your schedule in order to devour this tension-riddled little number in one sitting. Especially if you’re the sort of reader who enjoys feeling like you’re losing your mind because oh yes, THE TURN OF THE KEY will mess with you, but only in the best ways. Five stars all the way. THE TURN OF THE KEY hits Canadian shelves on Aug 27th, available now in the UK and US.

Big thanks to Simon & Schuster Canada for sending me an ARC!