review and cover mani: the arrangement 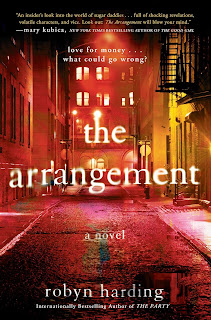 Natalie, a young art student in New York City, is struggling to pay her bills when a friend makes a suggestion: Why not go online and find a sugar daddy—a wealthy, older man who will pay her for dates, and even give her a monthly allowance? Lots of girls do it, Nat learns. All that’s required is to look pretty and hang on his every word. Sexual favours are optional.

Though more than thirty years her senior, Gabe, a handsome corporate finance attorney, seems like the perfect candidate, and within a month, they are madly in love. At least, Nat is…Gabe already has a family, whom he has no intention of leaving.

So when he abruptly ends things, Nat can’t let go. She begins drinking heavily and stalking him: watching him at work, spying on his wife, even befriending his daughter, who is not much younger than she is. But Gabe’s not about to let his sugar baby destroy his perfect life. What was supposed to be a mutually beneficial arrangement devolves into a nightmare of deception, obsession, and, when a body is found near Gabe’s posh Upper East Side apartment, murder.

THE ARRANGEMENT featured characters that elicited upfront judgment and I knew straight away that I was in for several hours of wonderfully salacious amusement. Harding jumped in Manolos-first into the fascinating world of sugar babies and daddies to create a perfect environment for catastrophe because the decline of Gabe and Natalie's arrangement couldn’t end in any other way except via a pot of boiled bunnies. And, you know, a murder. 😈 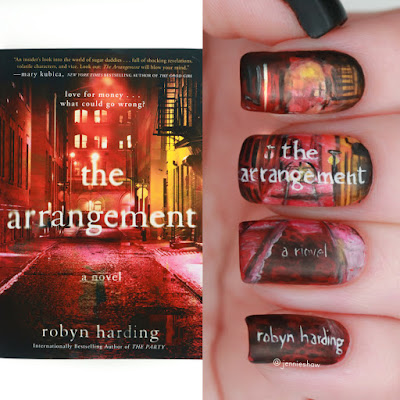 Gabe reminded me of the protagonist in MAN OF THE YEAR because he was easy to hate, but in that endorphin-producing way where I couldn’t wait to see how he crumbled. Gabe crafted the pyre of his own demise while blind to his progress, thanks to his unwavering belief that he pulled the strings of those around him. I enjoyed Gabe’s tailspin to the point I started to feel like a bad person, but I suspect it was Harding’s desire because Gabe was absolutely the worst. Grown man tantrums are so amusing to observe and watching the power shift from Gabe to Natalie—a woman he pushed to the edge and then had the gall to call crazy—made for delightfully dark entertainment. Natalie wouldn’t go quietly into the night and while I felt sympathetic to her situation, her unpredictability made her dangerous, which therefore meant I cheered for her so hard that my hands hurt. 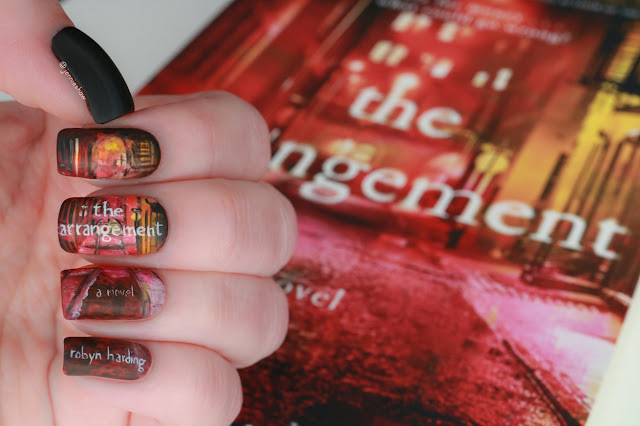 Scandalous subject material and a swift pace, THE ARRANGEMENT was a pleasure to consume in two sittings. The murder mystery component tied the characters together and made for a satisfying end, but for me, the pleasure of this novel lay in Gabe’s descent into madness. Definitely a must read!

OPI – A Good Man-darin is Hard to Find, In My Back Pocket, Need Sunglasses, matte topcoat

China Glaze – Campfired Up and Fur Real Though

So Nailicious – warrior and needles brushes