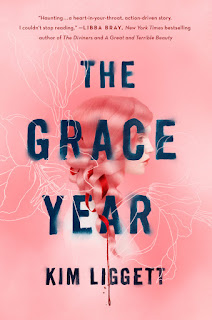 No one speaks of the grace year. It’s forbidden.

In Garner County, girls are told they have the power to lure grown men from their beds, to drive women mad with jealousy. They believe their very skin emits a powerful aphrodisiac, the potent essence of youth, of a girl on the edge of womanhood. That’s why they’re banished for their sixteenth year, to release their magic into the wild so they can return purified and ready for marriage. But not all of them will make it home alive.

Sixteen-year-old Tierney James dreams of a better life—a society that doesn’t pit friend against friend or woman against woman, but as her own grace year draws near, she quickly realizes that it’s not just the brutal elements they must fear. It’s not even the poachers in the woods, men who are waiting for a chance to grab one of the girls in order to make a fortune on the black market. Their greatest threat may very well be each other.

With sharp prose and gritty realism, The Grace Year examines the complex and sometimes twisted relationships between girls, the women they eventually become, and the difficult decisions they make in-between.

Over the years I’ve reviewed books, I’ve become leery of blurbs and pitches using huge comparative titles to lure in readers. Often times when heavyweight comps are used, I wind up disappointed and wonder if marketing teams/blurbing authors actually read the book. In this case, THE GRACE YEAR was described as a blend of The Handmaid’s Tale and Lord of the Flies and while I rolled my eyes at first, I'm delighted to report THE GRACE YEAR was legit that literary combo, along with so much more.

I CAN’T HANDLE THE AMAZINGNESS OF THIS BOOK. 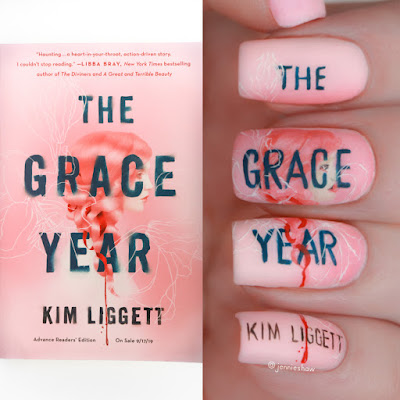 Through hypnotic writing, a balance between lyrical and cutting observations, visceral imagery, and feminist AF themes, THE GRACE YEAR examined what it meant to be a young woman in a world that didn’t value them. Well, except when it came to consuming their flesh after being tortured by poachers during the grace year--the greater the pain embedded in the body, the greater the supposed healing properties. Ick. This world, friends. Patriarchy to the extreme, it felt familiar and strange at the same time. A world designed to isolate women, break them down, and turn them against each other to nullify their individual (and collective) power.

Flush with dynamic characters that behaved in predictable and also surprising ways (yay!), I never knew what the next page would hold, the next scene, or the next chapter. Only there weren’t chapters and instead, a series of breaks, which made the story feel epic because there was no good place to put it down. As such, I flew through pages with such velocity I’m surprised I didn’t rip them. 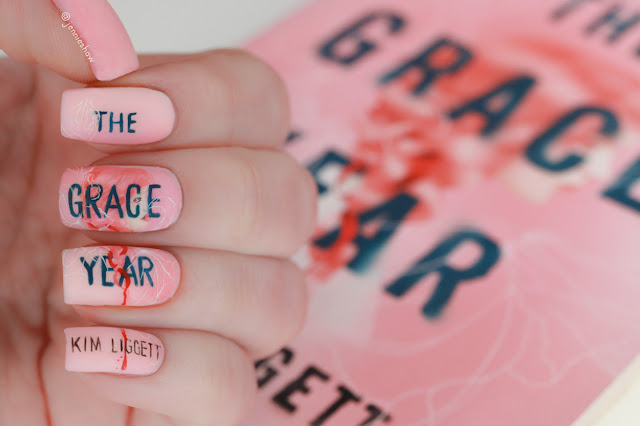 The approximate seven million twists and gasp-inducing moments were expertly crafted throughout the book, and I experienced every possible emotion ranging from white-hot anger to joyful agony before crying my entire face off during the last several sections, completely overwhelmed. BECAUSE OMG THOSE FINAL SECTIONS I CAN’T. Absolutely bananapants, blow-my-mind and rip-out-my-heart fantastic, I highly suggest you RUN to your bookstore and library to pre-order and pre-reserve THE GRACE YEAR, which hits shelves on October 8th. Five stars, plus a million stars, for a grand total of one million and five stars.

So Nailicious needle and warrior brushes