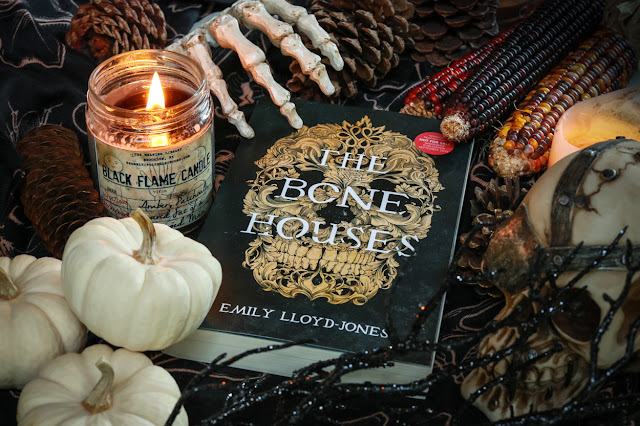 Seventeen-year-old Aderyn ("Ryn") only cares about two things: her family, and her family's graveyard. And right now, both are in dire straits. Since the death of their parents, Ryn and her siblings have been scraping together a meagre existence as gravediggers in the remote village of Colbren, which sits at the foot of a harsh and deadly mountain range that was once home to the fae. The problem with being a gravedigger in Colbren, though, is that the dead don't always stay dead.

The risen corpses are known as "bone houses," and legend says that they're the result of a decades-old curse. When Ellis, an apprentice mapmaker with a mysterious past, arrives in town, the bone houses attack with new ferocity. What is it that draws them near? And more importantly, how can they be stopped for good?

Together, Ellis and Ryn embark on a journey that will take them deep into the heart of the mountains, where they will have to face both the curse and the long-hidden truths about themselves.

I’ve been looking forward to reading THE BONE HOUSES since I first noticed Emily Lloyd-Jones’s name gracing the bottom of the cover. I absolutely loved the peculiar epic-ness of THE HEARTS WE SOLD, and with October being Spooky Month™, it seemed appropriate to start with THE BONE HOUSES. The only problem? I read it in two days, which wasn’t near enough time to spend with Ryn and Ellis. Curse you, Emily Lloyd-Jones for writing such consumable novels! (Jk, it’s the best.) 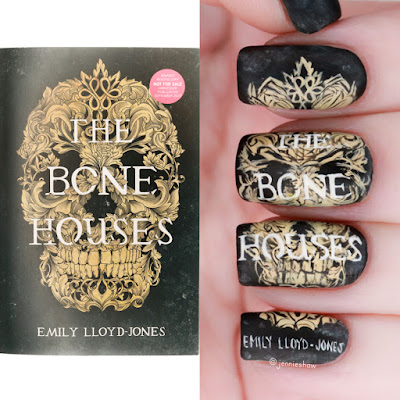 The mental image of Ryn sauntering through town with an axe by her side will make my heart smile whenever I think of it. A scrappy young woman who worked hard as a gravedigger to support her family, she also voluntarily patrolled the edge of the mountain to stop bone houses from infiltrating her community. Even though most people in town didn’t believe in bone houses. A character who stared down fear with reluctant obligation, Ryn made for an excellent guide for Ellis, who wished to venture deep into the mountains. Yes, the same mountains where the bone houses resided. *cue the dun dun dunnnnn*

As I’ve come to expect from Lloyd-Jones, the back jacket description mentioned a scant 30% of the overall plot. The journey into the mountains was just the beginning of Ryn and Ellis’s adventure, and what started as a small idea quickly bloomed into a quest to not only stop the bone houses, but understand why they began attacking people. Through folklore, family revelations, and self-discovery, THE BONE HOUSES proved to be a mission with a heart. 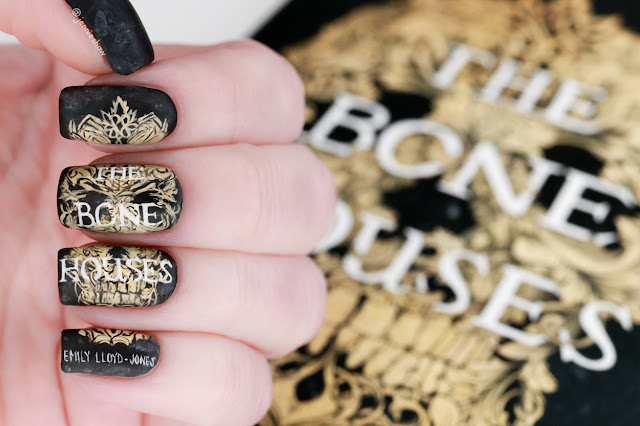 Also, while it isn’t mentioned in the back jacket, I think it’s important to note that Ellis grappled with chronic pain. Ellis’s strategies for pain management and how it affected his life were threaded through the novel with care and consideration. That said, I wanted to mention it because it can be a sensitive subject.

Creepy but not terrifying, with a surprising amount of feels (I openly wept twice), if you love books with steady paces, oodles of surprises, adorable undead pets (I won't spoil this for you because your  heart deserves to be surprised by the awesomeness), and a melancholy tone by the end, THE BONE HOUSES is the book for you!
🌟🌟🌟🌟🌟

Big thanks to Hachette Book Group Canada for an ARC!