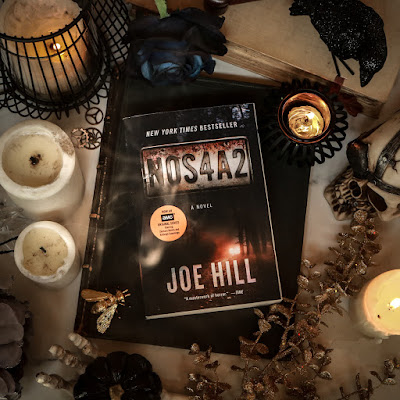 NOS4A2 is a spine-tingling novel of supernatural suspense from master of horror Joe Hill, the New York Times bestselling author of Heart-Shaped Box and Horns.

Victoria McQueen has a secret gift for finding things: a misplaced bracelet, a missing photograph, answers to unanswerable questions. On her Raleigh Tuff Burner bike, she makes her way to a rickety covered bridge that, within moments, takes her wherever she needs to go, whether it’s across Massachusetts or across the country.

Charles Talent Manx has a way with children. He likes to take them for rides in his 1938 Rolls-Royce Wraith with the NOS4A2 vanity plate. With his old car, he can slip right out of the everyday world, and onto the hidden roads that transport them to an astonishing – and terrifying – playground of amusements he calls “Christmasland.”

Then, one day, Vic goes looking for trouble—and finds Manx. That was a lifetime ago. Now Vic, the only kid to ever escape Manx’s unmitigated evil, is all grown up and desperate to forget. But Charlie Manx never stopped thinking about Victoria McQueen. He’s on the road again and he’s picked up a new passenger: Vic’s own son.

If there’s one takeaway from NOS4A2, it’s that if you happen to hear Christmas music drifting out from a Rolls Royce…RUN, RUN FOR YOUR LIFE. I swear, I’ll never look at a luxury car the same way again. Or a Christmas tree. Or ornaments. Or basically anything connected to Christmas because YIKES EVERYTHING IS SCARY.

So, naturally, I loved this book. 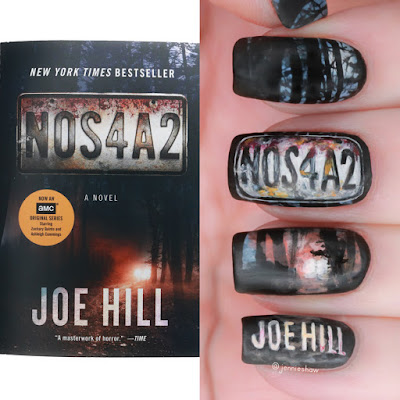 Taking something beloved to many and turning it into an evil entity is the actual best and Joe Hill smoked it in NOS4A2. For a beast of a novel, clocking in at nearly 700 pages, I hardly noticed the length. Tension oozed out of the nooks and crannies of the text, and I loved Hill’s trademark exposition when it came to character building. No matter how large their role in the plot, each character received some sort of descriptive treatment, not a cardboard cutout to be seen.

The Brat aka Vic was addictive to watch, a MC with depth, grit, and a major case of bad luck, she was an unstoppable force and therefore amazing. Oh how I cheered for her, feared for her, wept for her. Throughout her life, she carried a heavy burden of responsibility thanks to the covered bridge that would appear whenever she needed to find something that had been lost, so even when Vic was a child, she felt a strong obligation to help others, despite the personal consequences. A combination of horrifying and heartwarming, I flew through pages with such velocity, they kind of blurred together. 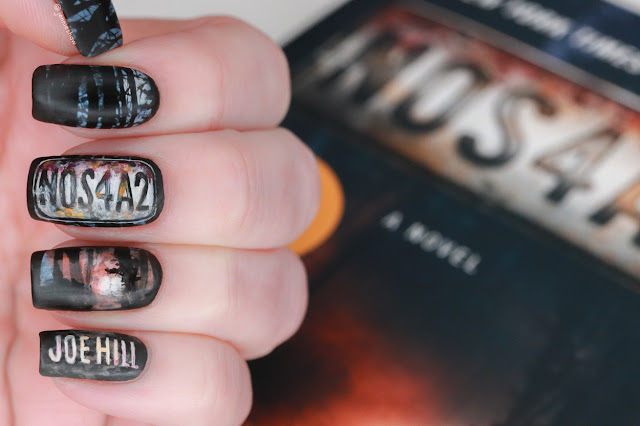 The epic scope of the timeline, following Vic from a child to a young woman, and then as a young mother, made NOS4A2 a saga of horror that only Joe Hill could write. Dark and gruesome, featuring the worst sorts of things people can do to each other, but a heroine who’s easy to cheer for, this book is absolutely perfect to read during Spooky Month. Just make sure you clear your schedule because once you devour the first chapter, you won’t want to do anything else. Five stars all the way.

OPI – In My Back Pocket and matte topcoat